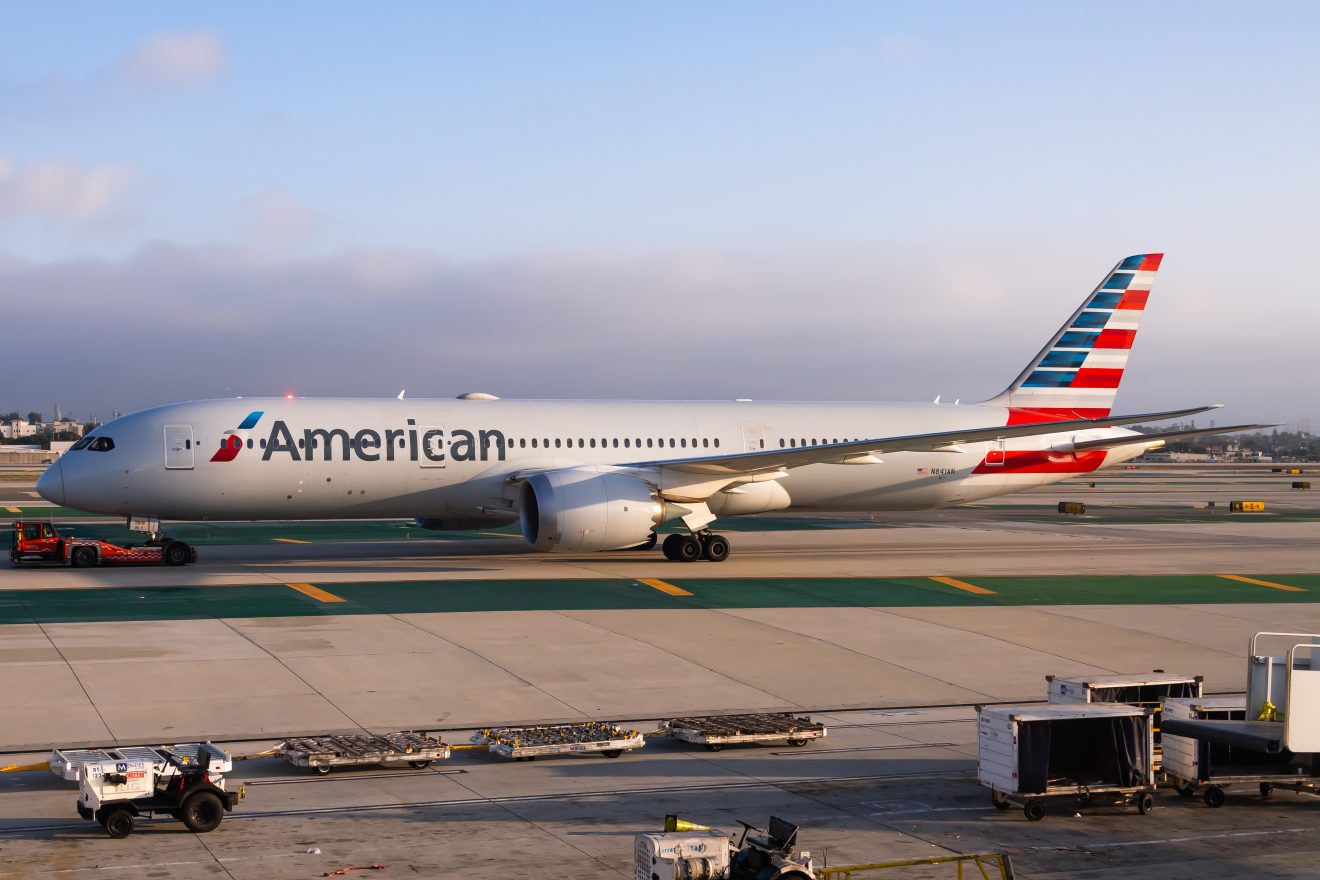 LONDON – American Airlines is a victim of aircraft delivery delays. This means that Sydney to Los Angeles flights is being suspended from 5th May.

American Airlines stated that the U.S plane manufacturer Boeing has delayed the delivery of the 787-9 Dreamliner.

American Airlines is now planning to accept only 10 of the 13 Dreamliners it had scheduled for delivery this year. The remaining aircraft will be delivered next year.

An American Airlines representative said that the airline remains committed to flying to Australia despite the delay.

The airline is hinting that they will return in October.

“Due to ongoing delivery delays with several Boeing 787 aircraft, we continue adjusting our schedule. We expect to resume service between Los Angeles and Sydney in October.”

The OneWorld carrier faces disruption not only on the Sydney route but also had to trim some of its network, including Seattle to London, and Dallas to Santiago.

The Airline is also delaying the launch of its new routes between Dallas and Tel Aviv and reducing frequency on its Miami and São Paulo route.

Vasu Raja, American Airlines’ chief revenue officer expressed: “Without these widebodies, we simply won’t be able to fly as much internationally as we had planned next summer.”

“Without these widebodies, we simply won’t be able to fly as much internationally as we had planned next summer or as we did in summer 2019.”

Despite this hiccup from Boeing, Raja is still committed to the manufacture: “Despite the ongoing delay, we still have tremendous confidence in the aircraft and will continue to work with Boeing on their delivery,” the airline stated, adding that the airline would receive compensation from Boeing “for their inability to deliver the aircraft.”

According to the American’s internal memo, the airline expected Boeing to deliver all 13 delayed 787-8 aircraft in 2022 but now expects to receive only 10 787-8s this year, with the remaining aircraft now scheduled for delivery in 2023.

The Boeing 787 has become a regional and long-haul workhorse for American Airlines, but in late 2021, the airline had to revise much of its international schedule due to aircraft delays.

Boeing is working to find and repair minor structural imperfections in the carbon-fiber aircraft while admitting quality deterioration among suppliers and their subcontractors.

The problem was found earlier last year when Boeing restarted deliveries in March 2021, but, the US FAA again intervened to halt future deliveries in July, after another defect was found near the nose of the aircraft.

The FAA has said while the issue “poses no immediate threat to flight safety, Boeing has committed to fixing these airplanes before resuming deliveries”. It is not yet clear when 787 deliveries will restart.

It looks like American Airlines is losing out on this route’s momentum, where passenger demand and growth are drastically picking up.

Qantas is flying the daily Sydney-Los Angeles schedule in May showing an Airbus A380 six days a week, with the Boeing 787 Dreamliner currently flying in on Tuesdays.