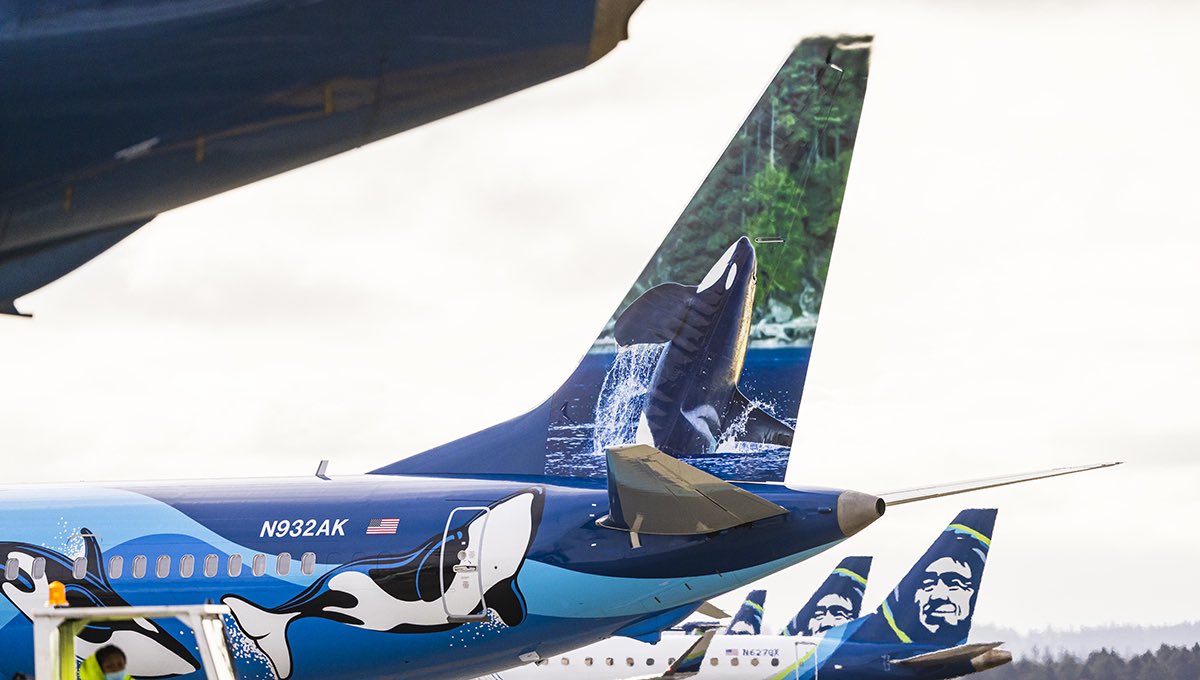 It features a dark-blue paint scheme and multiple Orca’s otherwise known as the Killer Whale alongside the rear section of the fuselage and tail.

The livery was painted onto a brand-new Boeing 737-9 MAX aircraft and was delivered to Alaska on January 5, 2022.

“This over-whale-ming aircraft honors the beautiful shores we call home, the Southern Resident orca pods that live around our hubs, and our commitment to keeping rivers and oceans healthy for the long term”.

The new West Coast Wonders livery is inspired by all the beautiful places that Alaska flies to and is designed to encourage people to take action in protecting our planet.

The livery also honors the shores that Alaska calls home and the natural life of the Pacific Ocean and West Coast waters.

This repaint also coincides with Alaska’s environmental sustainability goals for 2025 and beyond, which includes achieving net-zero CO2 emissions by 2040 as well as reducing their climate impact through waste and water.

Alaska covers this each year in its annual sustainability report. As part of this, Alaska is working with Bonneville Environmental Foundation (BEF) and Promise the Pod on their habitat restoration projects for orcas.

They also have a roadmap that includes five parts to help achieve their goal of net-zero CO2 emissions by 2040.