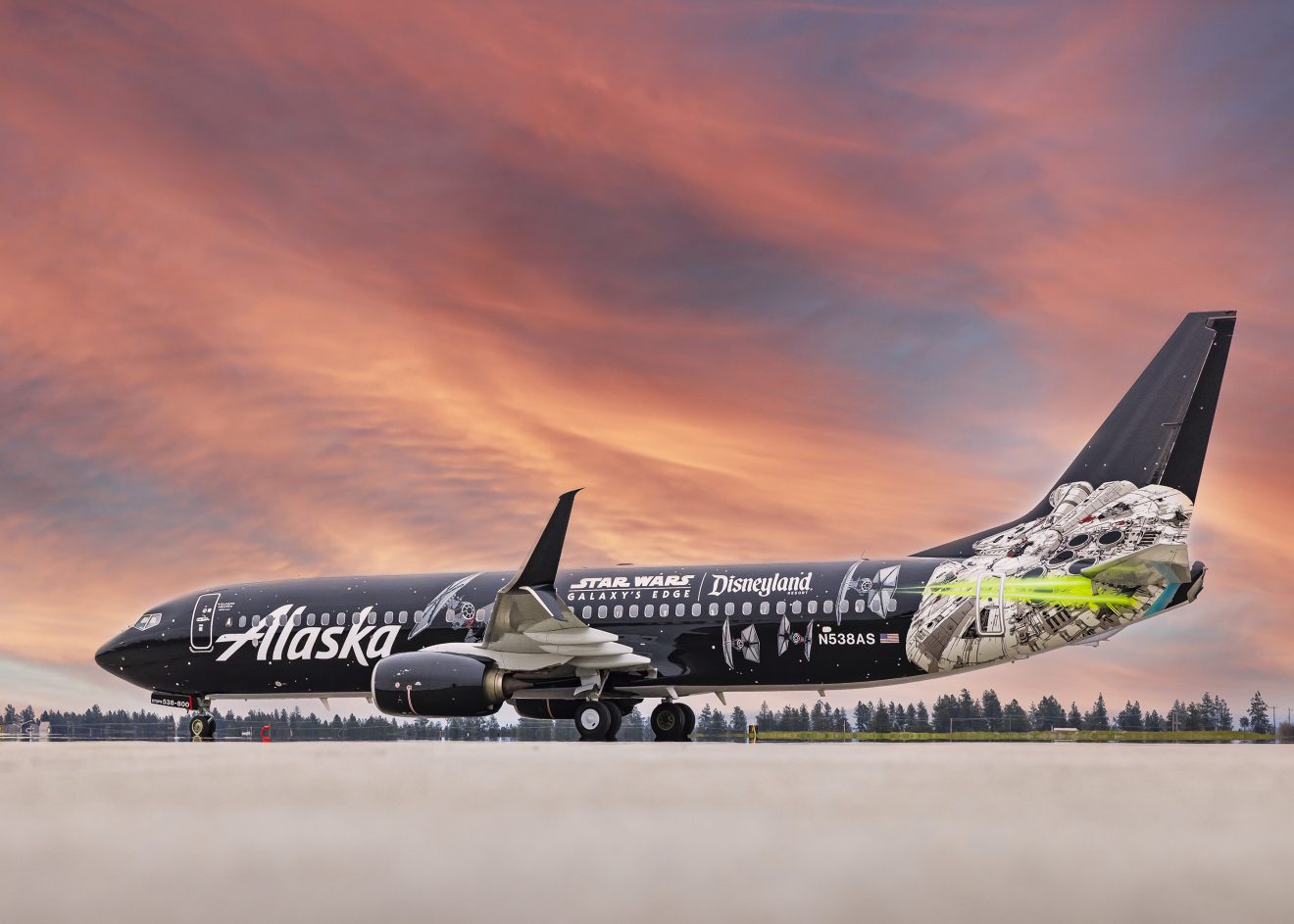 LONDON – May the fourth be with you! Alaska Airlines has today unveiled a new Star Wars livery to celebrate Disneyland’s new Galaxy Edge area of the park.

N538AS was the Boeing 737-800 painted in what is being officially named: “Star Wars Transport to the Disneyland Resort”.

The aircraft was revealed today, with the aircraft making its inaugural flight to John Wayne Airport in Orange County.

The aircraft took 540 work hours over the course of 27 days to re-paint into this new livery, using 228 gallons of paint across 23 different base colors.

In the press release, the airline said the following on the livery:

“The unique design of the Star Wars-inspired plane is a collaboration among teams at Alaska, Disneyland Resort, and Lucasfilm.”

“Familiar spacecraft span each side of the plane with hand-painted, detailed imagery: the Millennium Falcon and four TIE fighters.”

“Designers at Disneyland Resort focused on the incredibly identifiable, widely recognized Millennium Falcon for the spotlight, in addition to the well-traveled spaceship being the focal point at Star Wars: Galaxy’s Edge, a 14-acre land in Disneyland park.”

“The Star Wars: Galaxy’s Edge and Disneyland Resort logos are featured in the center of the fuselage.”

“For a lighthearted touch, porgs (the cute avian creatures that lived on Luke Skywalker’s remote island) look back at passengers from both winglets, as another porg greets guests at the boarding door.”

Below, you can see some more photos of the aircraft up-close:

It is clear that this is definitely on par with United Airlines’ Star Wars livery that they had on N36272, and is similar in the overall design as well.

With a movie franchise like Star Wars, it comes as no surprise that the livery on the Alaska jet has come out really nicely.

This, of course, will be of good tourism value to Disneyland as it will encourage more visitors to the area over the course of the Summer season.