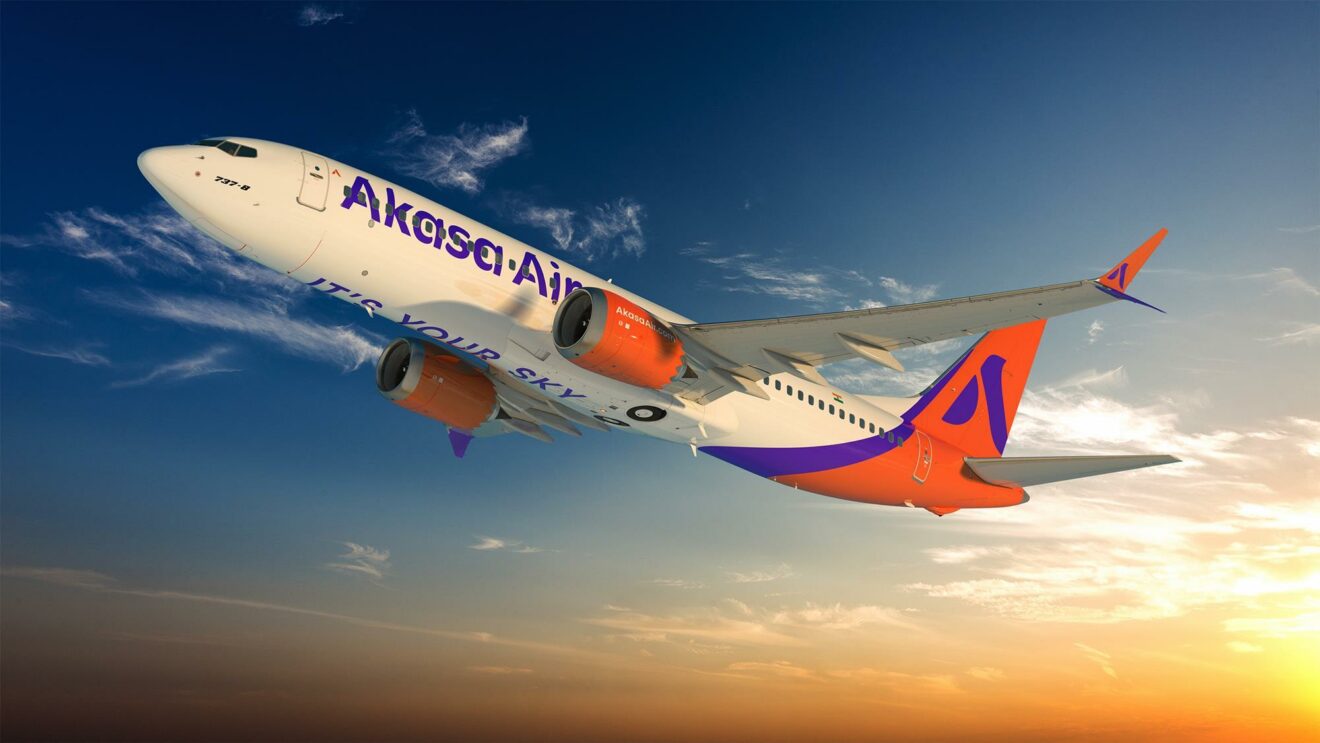 LONDON – New Indian carrier Akasa Air has inaugurated its first flight from Chennai, which is the fifth city in its network so far.

This has allowed Akasa to operate twice-daily flights both ways between Chennai and Bengaluru, with an additional daily flight due to being added on September 15.

Chennai does seem to be a significant focus for Akasa Air at the moment, with new services between the city and Kochi due to commence on September 26.

Iyer: Chennai Is Another Milestone…

Praveen Iyer, the Co-Founder & Chief Commercial Officer of the Indian carrier, commented on the inauguration of Chennai:

“We have achieved yet another milestone today with the launch of commercial flights from Chennai, which is the fifth city in our network. From today, we will offer double-daily flights in each direction on this new route.”

“Within the next 5 days, we will strengthen our network from Chennai by connecting to Mumbai, the financial capital of India, effective 15 September.”

“On the 26th of September, with the start of the Chennai-Kochi route, we will further strengthen our connectivity from Chennai.”

“The increased capacities across these key focus cities backed by affordable fares will provide our customers with many options to choose from while planning their travel.”

“We are delighted to augment our network to meet our commitment of progressively adding more cities along new sectors,”

Akasa Air began operations with two aircraft, but this already increased to four at present. This will grow to 18 by March 2023.

From 2023-2027, the airline will receive another 54 aircraft in a rapid fleet expansion plan, meaning that the airline will have a fleet size of 72 aircraft, thanks to its deal with Boeing for 737 MAX aircraft.

As mentioned by Asian Aviation, Akasa’s focus is on key cities and metro areas that will offer tier 2 & 3 route connectivity, hence why the airline is expanding this rapidly.

AviationSource got to fly on the very first inaugural flight with Akasa Air back in August and was received well by local media as well as passengers too in the perspective of another cheaper option to fly across India.

This fast fleet growth is going to be good news for the Indian economy, as Akasa Air aims to hire 350 staff by 2023 as growth in the airline continues.

Akasa Air will be an airline to keep an eye out for, as this fast growth will no doubt make the likes of Air India, Indigo, Vistara, and others sweat in the future.

The Indian carrier is going to slowly but surely penetrate the Indian airline market in a wholly different way which will cause changes to be made by competitors.

By using new generation aircraft like the 737 MAX, as well as a significant product offering, this is most definitely going to be an interesting new approach to the low-cost market in India.

Either way, it’s definitely going to be a “watch this space” moment, as, over the coming months, we will begin to see further route expansion that will offer better connectivity to Indian travelers.