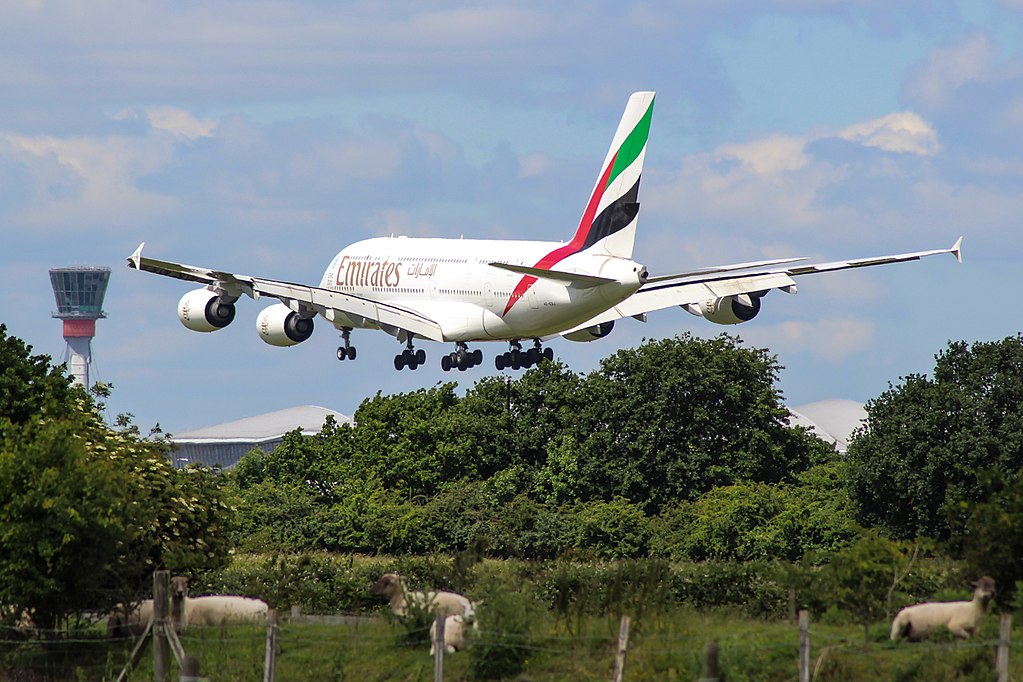 LONDON – In a fiery press statement released yesterday, the UAE flag carrier Emirates has hit out at Heathrow airport’s latest decision to limit departure numbers to no more than 100,000 passengers per day until September 11.

The Gulf carrier described the Airport’s move, which only gave carriers a 36-hour window to respond, as ‘highly regrettable’, saying: “Their communications not only dictated the specific flights on which we should throw out paying passengers, but also threatened legal action for non-compliance.”

“This is entirely unreasonable and unacceptable, and we reject these demands.”

Emirates point quite reasonably to the fact that they remain a key and steadfast operator at London Heathrow (LHR), having reinstated 6 daily A380 flights since October 2021, saying:

“From our past 10 months of regularly high seat loads, our operational requirements cannot be a surprise to the airport.

Emirates stated that its unit, Dnata, was capable of meeting the airline’s ground handling and catering needs, although central services and systems remained the responsibility of the airport operator.

The carrier’s annoyance with Heathrow was clearly apparent as the airline continued:

“Now, with blatant disregard for consumers, they wish to force Emirates to deny seats to tens of thousands of travellers who have paid for, and booked months ahead, their long-awaited package holidays or trips to see their loved ones.”

“And this, during the super peak period with the upcoming UK holidays, and at a time when many people are desperate to travel after 2 years of pandemic restrictions.”

Dealing with the fallout

In their statement, Emirates point out that to now re-book the sheer numbers of potentially impacted passengers is virtually impossible, with all of their flights running full for the next weeks, including the flow at other London airports and on other airlines.

“Adding to the complexity, 70% of our customers from LHR are headed beyond Dubai to see loved ones in far flung destinations, and it will be impossible to find them new onward connections at short notice,” says the airline.

“Moving some of our passenger operations to other UK airports at such short notice is also not realistic. Ensuring ground readiness to handle and turnaround a widebody long-haul aircraft with 500 passengers onboard is not as simple as finding a parking spot at a mall,” they went on to state.

The lengthy reaction statement from the Gulf carrier went on to describe the situation that has developed at Heathrow as “airmageddon”, saying: “LHR chose not to act, not to plan, not to invest.”

“Now faced with an “airmageddon” situation due to their incompetence and non-action, they are pushing the entire burden – of costs and the scramble to sort the mess – to airlines and travellers.”

Ops normal – the plan to “carry on”

The shock move by Heathrow Airport has caught many airlines by surprise, especially given the 36-hour window to comply and cut capacity.

Emirates concluded by stating that, until further notice, they would continue with their scheduled operations to and from LHR.

Despite the veracity of this final statement, it is further understood that Emirate’s president Sir Tim Clark has disclosed on BBC this morning the intention to move some A380 operations to either London Stansted (STN) or Gatwick (LGW).

It now appears that the carrier has requested 6 daily A380 slots at STN from 24 July through to 11 September, which marks the end of Heathrow’s departure cap.

Exactly how it all ultimately plays out for the Gulf carrier will certainly become apparent in the coming weeks.