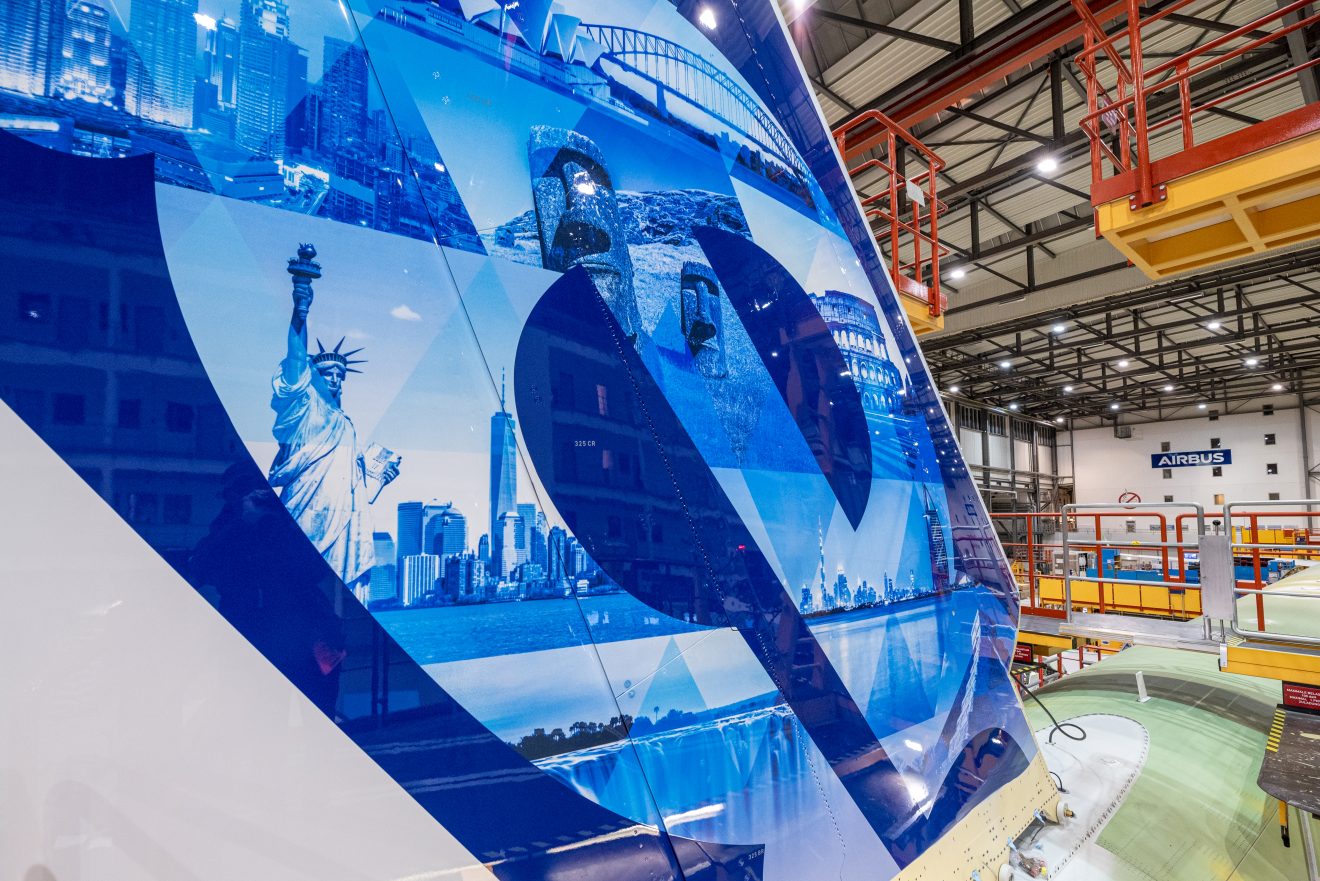 LONDON – On the afternoon of May 2, French aircraft manufacturing giant, Airbus, rolled out its first Airbus A321XLR (Extra Long Range) testbed in its full Airbus white and blue paint scheme.

The roll-out of their first testbed in full Airbus XLR paint colors is a significant milestone in the A321XLR program.

Commenting on the rollout, Airbus on Twitter has said, “Behold the A321XLR proudly rolling out of our PaintShop! Here’s to more Xciting Landmarks with Reach!”.

Normally for any aircraft manufacturing and certification program, the paint rollout marks a significant pivot point in the program, meaning that the flight-testing phase is imminently looming.

Airbus has said that it is currently expecting a maiden flight within 2022 then will begin full production next year, 2023.

Comparing this to Boeing’s narrowbody answer to the Airbus A320 family of aircraft, only Boeing’s 737 MAX 7 aircraft comes closest to the XLR’s range, but even that is only 3,850 nautical miles, some 850 less than the XLR and still 150 less than the A321LR.

Airbus’ A321XLR also has an increased Maximum Takeoff Weight (MTOW) of 101 tonnes, which allows for the aircraft to be fitted with a permanent Rear Centre Tank that can carry up to 12,900 liters of fuel, as well as the aircraft is capable of carrying an option forward ACT (Aft Central Tank).

With a room of up to 244 passengers in a single-class layout, also known as ACF (Airbus Cabin Flex), or long-haul full-flat seats as part of a business or even first-class offering, the A321XLR offers a great product for many airlines.

Not only this, but Airbus’ Airspace cabin brings new comfort to the A321XLR. It was adapted from its successful introduction on their Airbus A330 and A350 families where the sidewall panels are slimmer to give the passengers more shoulder room, the window bezels have been redesigned for a better view out, as well as integrated window shades, full LED lighting throughout and the largest overhead bins on any narrowbody aircraft.

At present, the A321XLR has a large backlog, with over 450 orders being placed within the first year of the introduction alone.

This shows that the A321XLR product is much more appealing to many operators to help with their medium-long haul routes, much like the Boeing 757 did when it was introduced back in 1983 with the now ceased Eastern Air Lines at the time.

Some of Airbus’ A321XLR’s orders belong to, American Airlines, United Airlines, IndiGo, VietJet Air, JetBlue, AirAsia X as well as some very recent orders from Air Canada and in the past day or so, from Qantas.

The A321XLR will prove to be a huge hit among many worldwide carriers, however, Boeing is still yet to uncover what they are going to bring to the table in terms of their Boeing 757 replacement aircraft, as the 737 MAX family currently doesn’t have the range to compare at present.