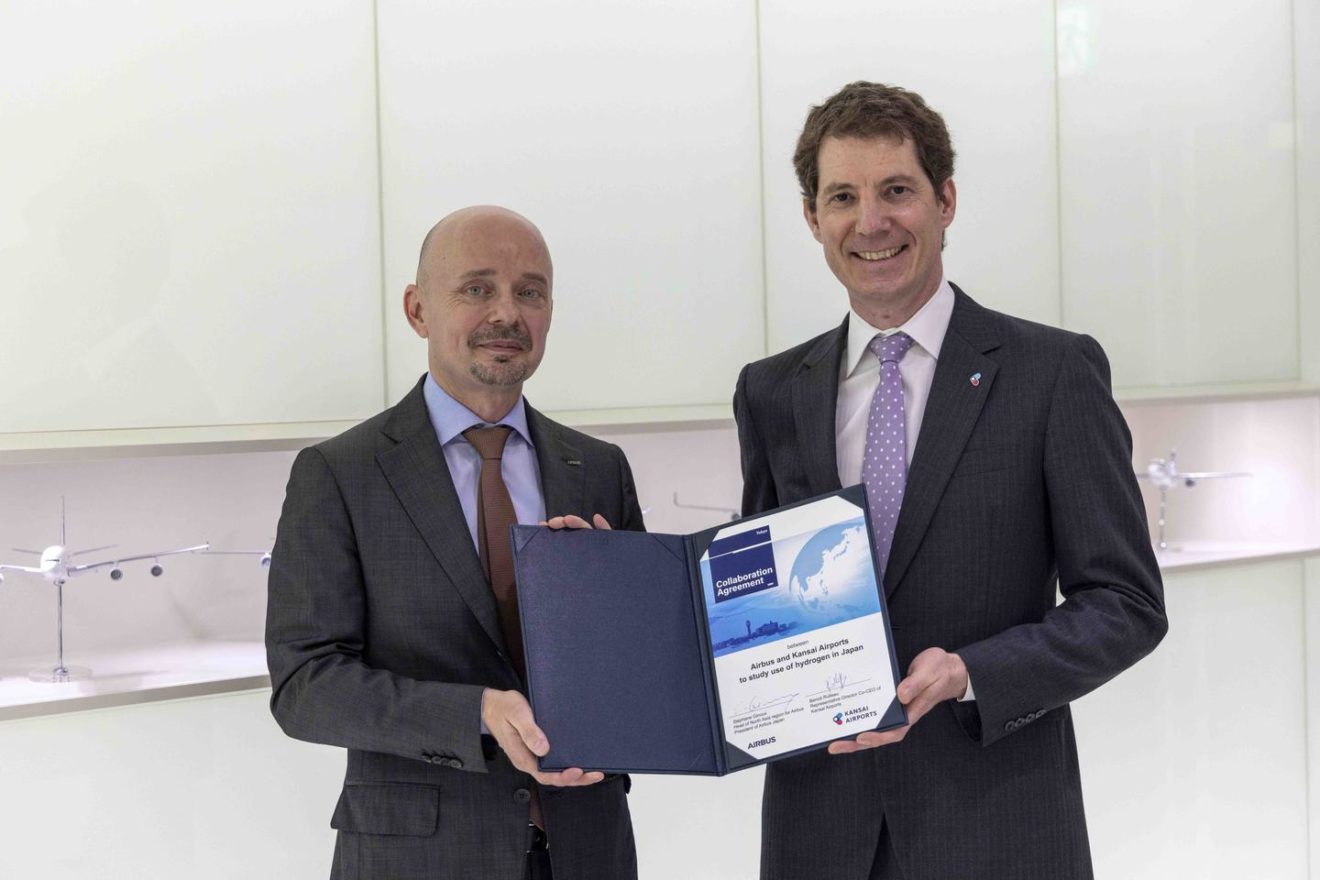 The reason they are going to work together is to find out and explore any potential that hydrogen can offer in support of the decarbonization of the aviation industry.

For that to happen, Airbus “will provide aircraft characteristics, fleet energy usage, and insight on hydrogen-powered aircraft for ground operations.”

At the same time, however, Kansai Airports will study the infrastructure required at the airports for the introduction of hydrogen-fueled aircraft.

“We are very pleased to have Kansai Airports, one of Japan’s major airport groups, on board,” said Stéphane Ginoux, Head of North Asia region for Airbus and President of Airbus Japan.

“Hydrogen is one of the most promising zero-emission technologies as it can be created from renewable energy and does not produce emissions. Renewable hydrogen will help decarbonize not only aircraft but also all airport-associated ground transport.”

“We have set a target to reach net-zero greenhouse gas emissions by 2050 for the three airports we operate, and this partnership with leading aircraft manufacturer Airbus will help us reach this goal,” said Yoshiyuki Yamaya, Representative Director and CEO of Kansai Airports.

Benoit Rulleau, Representative Director and Co-CEO, added, “We are glad to extend here in Japan the joint efforts between Airbus and our shareholder VINCI Airports, leading the introduction of hydrogen in airports, to decarbonize air transport. Japan boasts a very active environment in the field of hydrogen development.”

Kansai Airports is not the only airport group Airbus is aiming at, as they are looking at other airports around the globe, including the MoU with the other airports within VINCI Airports, to lead the scale-up of hydrogen use in the aviation industry.

This MoU with the airports is a major step in advancing the hydrogen research. It is a follow-up to the one signed with Kawasaki Heavy Industries last month to go to a hydrogen society in Japan.

The future Airbus has chosen with the airports in Japan to go to a cleaner future is not only a cleaner future but also a very important future with the very high potential to use hydrogen as a renewable energy source as the waste product of hydrogen tanks would mainly consist of water (H2O), which can be turned into hydrogen again and be reused without losing any potential energy.

Not only would hydrogen be used as a limitless energy source, but it also wouldn’t produce any greenhouse gas, making it a perfect substitute for kerosene.

The new engines that would be used will also be very silent compared to the current ones.

The main drawback of hydrogen is that the main waste product is water, which is relatively quite dense, meaning that the plane would end up with a higher weight than before.

This would be of course avoided if there would be a system that could transform the water into hydrogen again.