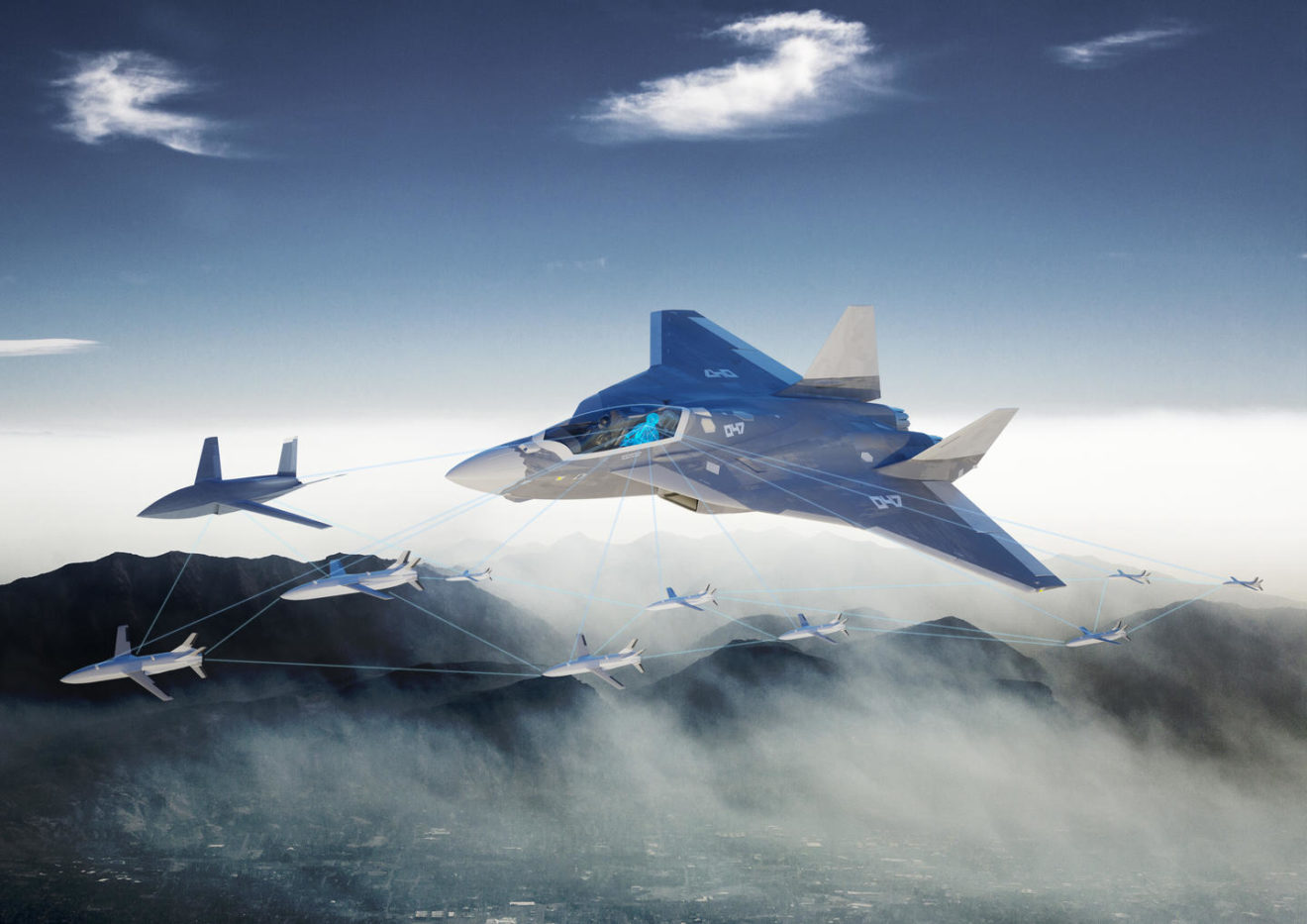 LONDON – The ability to task unmanned systems from a manned aircraft is an important force multiplier in Airbus’ vision for future air power.

Together with a wide range of applications extending to combat scenarios and beyond.

As a pioneer in the realm of Manned-Unmanned Teaming (MUM-T), Airbus has developed an ambitious technological roadmap. This make innovative concept – which boosts the effectiveness of piloted and pilotless aircraft alike – a reality.

The company demonstrated leading technological and industrial capabilities in 2021 and 2022, including key flight tests.

Fully implementing Manned-Unmanned Teaming – which will play an instrumental role in such initiatives as the Future Combat Air System (FCAS) and Multi-Domain Combat Cloud – requires a high level of automation.

However, the involvement of human operators will ensure that meaningful control always will be retained.

The involvement of Airbus with Manned-Unmanned Teaming began in 2018.

It was when the first flight test campaign took place to validate initial capabilities.

Since then, the development has seen increasing levels of maturity – with Airbus and its partner teams focusing on key areas.

Synchronized and efficient use of manned and unmanned vehicles necessitates coordination and optimization, with requirements that may vary from one mission to the next.

To address this, Airbus is developing artificial intelligence-based teaming concepts and algorithms. This includes swarming behaviors and distributed teaming intelligence shared among the platforms.

This novel approach is reflected in the payloads, which can be integrated into unmanned aircraft.

As well as in the way they are used. For example, a distributed electronic warfare sensor was shown to be capable of precisely and quickly locating a threat and sharing its location across the network.

To achieve such capabilities, the unmanned assets must be able to communicate with the manned resources. Among each other in an agile and robust way, which is why an advanced data link is one pillar of the development.

Additionally, Airbus is preparing airframe solutions for future unmanned systems. That will be built on experience in both unmanned aerial vehicles and combat aircraft.

As the development progresses, these solutions will materialize as the FCAS Remote Carriers – unmanned aircraft designed to cooperate with fighters.

To achieve the full potential, MUM-T technologies will also need to be relevant for already-existing unmanned aerial systems and for those developed in the future.

This occurred during the Timber Express 2021 multinational exercise organised by the German Armed Forces.

During the trial, the Eurofighter was able to assign tasks to two Airbus Do-DT25 Remote Carriers in real-time.

These unmanned platforms demonstrated the ability to perform several tasks, including aerial reconnaissance and electronic warfare.

In 2022, MUM-T-related flight tests were performed outside of Germany for the first time.

A test campaign organized in the Finnish areas of Rovaniemi and Kemijärvi is directed by the Finnish Defence Forces (FDF). This marked the official start of cooperation with the German Armed Forces on this key capability.

As stated by the FDF in a press release: “The research cooperation strengthens the Defence Forces’ understanding of the development of unmanned aviation, which enables experimenting and evaluating the teaming of unmanned and manned aerial vehicles in the local operational environment.”

In parallel, the capabilities of manned platforms are increasing to accommodate the future potential of Manned-Unmanned Teaming. Airbus’ multi-role A400M airlifter is envisioned as a launcher of FCAS Remote Carriers.

The first flight test was already performed to confirm this capability.