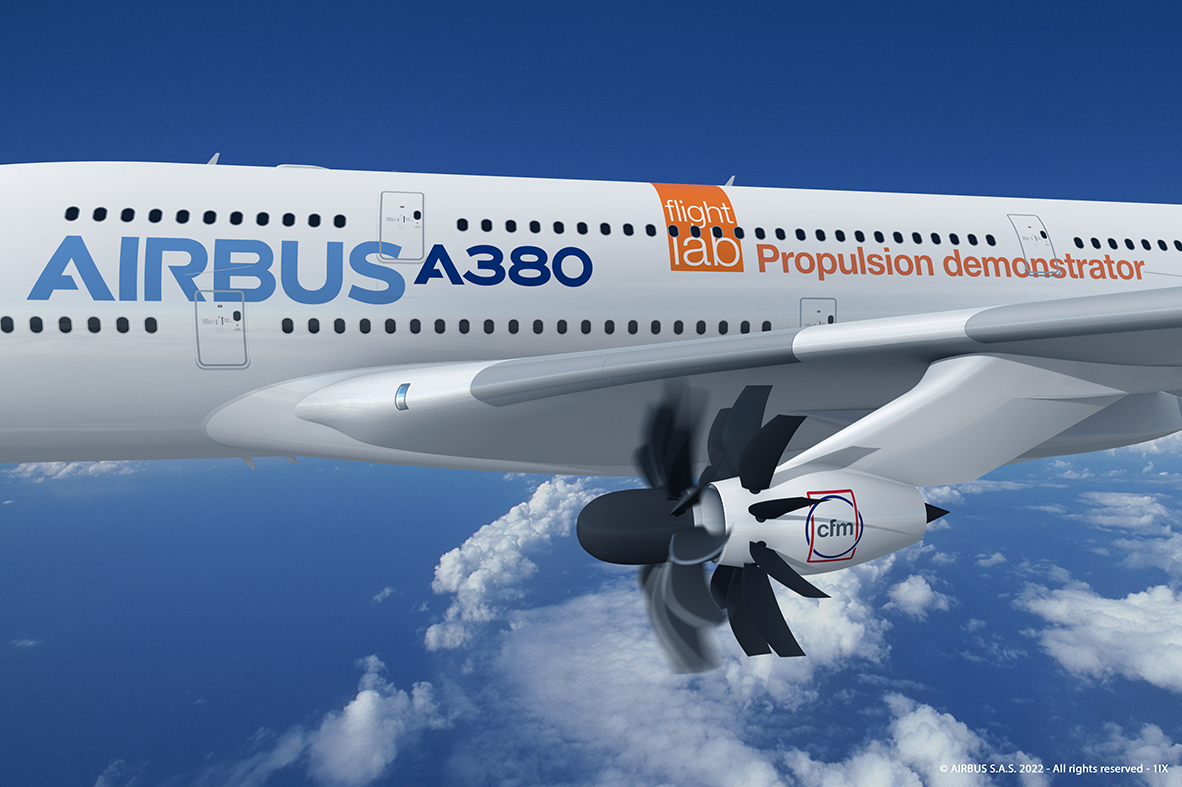 LONDON – As the aviation industry enters a new phase after 3 years of Covid-19 hibernation, the general consensus of the industry is a shift to sustainable energy and more consciousness of environmental impact.

The increase in environmental awareness has allowed companies like General Electric to innovate on their powertrain product to be more green and efficient.

Airbus and CFM International have declared a 50-50 joint venture between General Electric and Safran Aircraft Engines. Earlier this year in February, the two firms announced they would work together on an engine using hydrogen propulsion.

At the 2022 Farnborough Airshow, Airbus announced it would be advocating for CFM in participating in the RISE (Revolutionary Innovation for Sustainable Engines) programme which was introduced in 2021.

This environmentally conscious drive aims to push cutting-edge technology to better serve the development of newer generation CFM engines that will consume 20% less fuel and create 20% fewer emissions than most power trains in any commercial aircraft jet engines available in the market today.

These ‘newer’ CFM turbofan engines are expected to be inducted into the market mid-2030s. In the second half of this decade, GE will partner with Airbus to carry out flight tests on the new engines, using the Airbus A380 as a test bed, to use as a demonstrator programme.

In fact, companies of Airbus, CFM, GE and Safran are members of the Air Transport Action Group, which fully shows the commitment to achieving net-zero carbon emission in the industry by 2050.

Gaël Méheust stated with enthusiasm: “We have a vision and commitment to help the industry achieve its net-zero goals, and the open-fan flight test demonstration program is an exciting step toward achieving that.”

The fan in front of the power train is ‘open’ because, unlike any other conventional turbofan engine, it is not covered by a shell or a case, which inevitably shaves off excess weight. This permits the engineers to enlarge the fans which allow for better propulsion, from higher volumes of air particles gathering around the fans rather than within the core.

The volume differences are called the bypass ratio, which is a crucial mechanical term in describing power train efficiency. CFM engines have gradually grown their bypass ratio over time from 5:10 in the 80s, to the LEAP engine, with a ratio of 11:1.

An open fan system could technically reach a ratio of 70:1, which means a 20% reduction in fuel consumption and emissions emitted compared to conventional engines.

It looks like Hybrid electric engines and sustainable aviation fuel (SAF) could aid deeper emissions and fuel cuts. GE has been proactively seeking to develop cleaner and more efficient products since the launch of its first CFM58 engines in the early 80s.

Since then, its team of talented engineers have never stopped working to reduce fuel consumption and Carbon emissions.

The Airbus A380 has been selected to be the test bed, and it looks like this is a new role for the aircraft, much like so the Boeing 747, being a guinea pig for major avionics and engine companies.