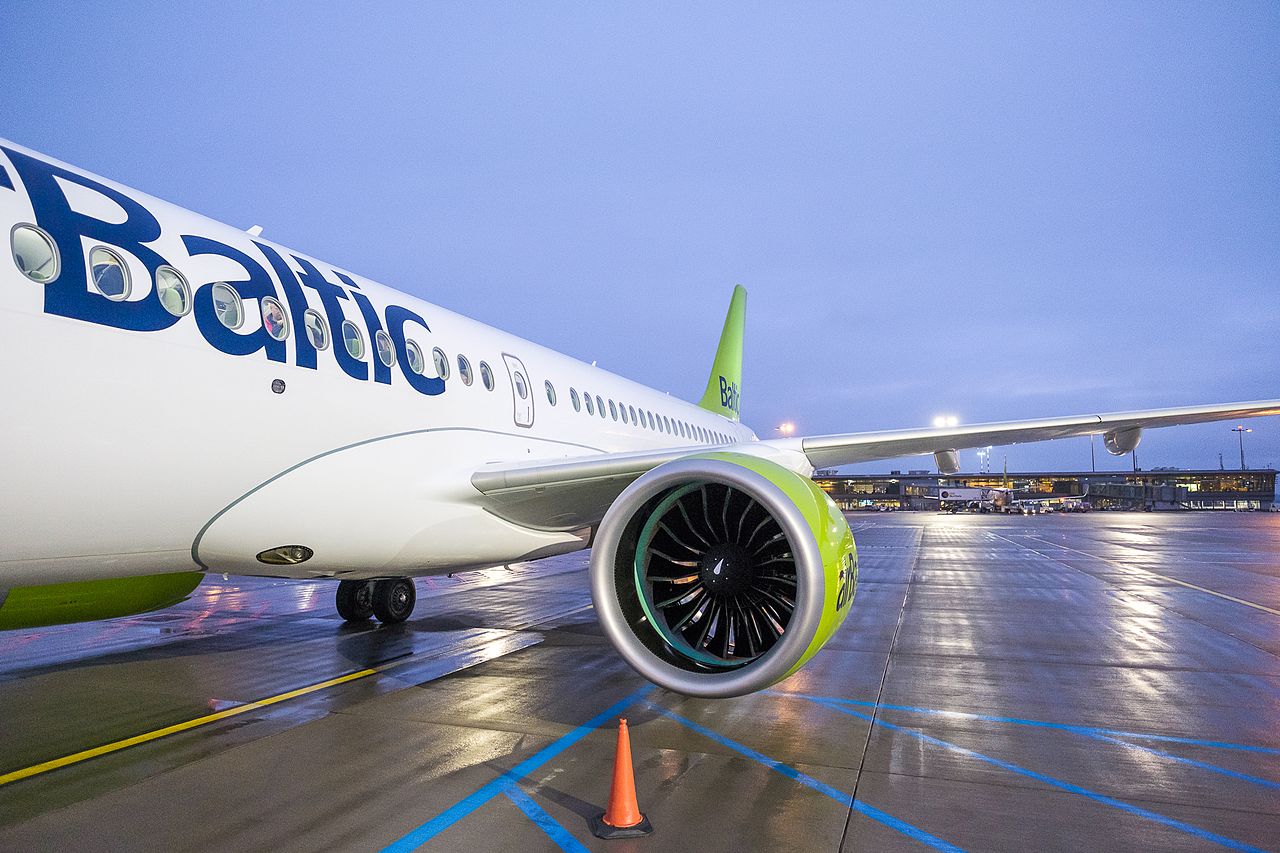 LONDON – Over the past week, the Baltic States’ carrier, airBaltic, has announced a plethora of milestones, which notable include; their Riga winter schedule, welcoming their 50 millionth passenger and their reported first half (H1) 2022 revenue results.

To start things off, airBaltic has revealed its upcoming Winter 2022 schedule from the Latvian capital city, Riga. October 31 will mark the start of their winter season, and which airBaltic will connect Riga to nearly 50 destinations across the airBaltic network, including their first dip into the African market as well as their second Canary Islands route.

At the start of the season, airBaltic will launch their first ever African service, this will connect Riga to Marrakesh in Morocco which will begin on October 31.

On top of Marrakesh, airBaltic will also launch flights to their second ever Canary Islands destination, Gran Canaria. The Gran Canarian service will commence from November 1. Both of these routes will only be operated during the winter season for airBaltic and will both end come March 24, 2023.

Martin Gauss, airBaltic’s Chief Executive Officer (CEO), has said, “At the beginning of the winter season, we will launch our first-ever scheduled flights to Africa – Marrakesh in Morocco – and add our second destination on the Canary Islands – Gran Canaria. When preparing a schedule for next season, we always evaluate passenger demand and analyse the market situation.”

“Based on the results, we have made a decision to cancel a few commercially unviable routes. At the same time, as we see the demand increase for business travel, on a number of routes such as Tallinn, Helsinki, Stockholm and Brussels we have increased the frequency significantly compared with the previous winter.”

In yet another major milestone for the carrier, airBaltic on August 31 had welcomed its 50 millionth passenger since the airline began back in 1995. To commemorate this significant point in airBaltic’s history, their 50 millionth passenger, Dace Jonaite, was welcomed in Riga Airport by airport and airBaltic representatives as well as being given a performance by the Latvian Eurovision 2022 contestant, Citi Zēni.

Martin Gauss has said on this major milestone for the carrier, “This is a significant milestone for airBaltic. We are delighted for almost 27 years in the skies and grateful to our passengers for choosing and trusting us with their travels. It means a lot to us and motivates us to strive even harder to be and remain the best connectivity provider to and from the Baltic region.”

Chairperson of the Board of Riga Airport, Laila Odina, also added to Gauss’ comments, saying, “We are delighted to welcome the 50 millionth passenger for our national airline in Riga – at the home airport of airBaltic.”

“Together, we have made Riga Airport the largest air hub in the Baltics, and we are ready for further joint goals, becoming an important air hub in the entire Northern European region.”

On September 1, airBaltic published their unaudited consolidated financial results for their H1 2022. Certainly putting the carrier in a gleaming light, airBaltic has reported an increased revenue of 270% to €191.5 million when compared to H1 2021’s revenue of €51.7 million.

airBaltic’s net loss for H1 2022 was also down by 4% at €59.3 million when compared to H1 2021’s net loss of €61.5 million. The net loss was still incurred, as reported by many carriers due to soaring fuel prices, supply chain issues, and more significantly for airBaltic, the war between Russia and Ukraine.

Commenting on the carriers H1 results, Martin Gauss, has said, “In comparison to the first six months of 2021, this year, we have seen a tremendous growth in both our passenger numbers and performed flights.”

“We have recorded a strong summer, and our core mission for the future remains to be the main connectivity provider to and from our home cities of Riga, Tallinn, Vilnius and Tampere.”

“The net result in the first six months has been significantly impacted by a number of challenges, mainly the ongoing war in Ukraine, uncertainty around the Covid-19 pandemic, global supply chain issues, increasing fuel prices and more. These global challenges have affected airBaltic, respectively resulting in the group’s consolidated net loss of EUR 59.3 million in the first half of 2022.”

The past couple of weeks at airBaltic have certainly been busy for them, a major milestone of 50 million passengers in nearly 27 years of operations will be a huge boost for the carrier, as well as the massively increased revenue.

However, work still remains to be done for airBaltic in order to return to full profitability, and one thing is for sure that every airline around the world is hoping that the fuel prices cool down and begin to drop back down.