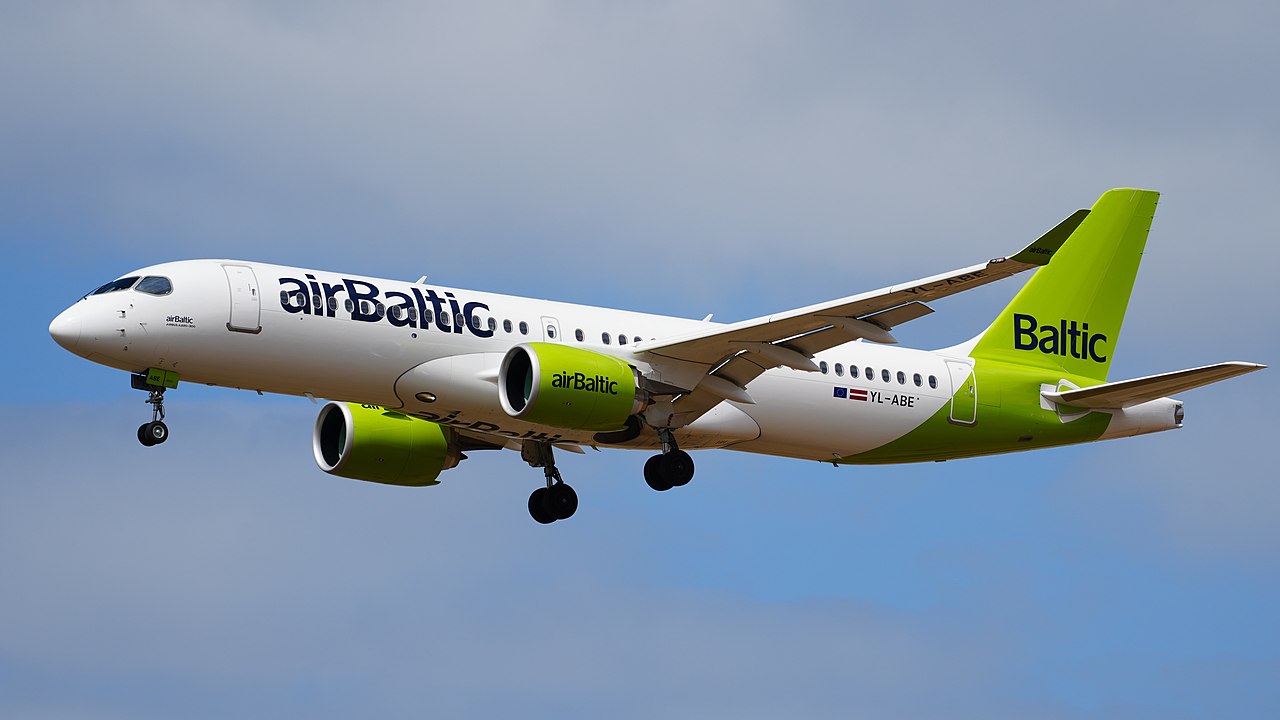 LONDON – Latvian airline airBaltic has been forced to ground six of its 36-strong fleet of Airbus A220 aircraft as a result of an ongoing spare parts supply problem.

The protracted problems with supply and shortages has forced the suspension of some September scheduled flights for the carrier, and brought about an operational restructure to cope.

The spares supply shortage issue for airBaltic was reported back in June this year, and it is understood that some aircraft have been grounded for as long as 6 months with spares and maintenance issues.

In June, the spares problem forced the cancellation of flights for the carrier’s Vilnius hub. As a result, the flight frequency to four destinations – Paris, Berlin, Tallinn, and Riga – were reduced.

It was confirmed to local Latvian media outlet 15min.lt that September cancellations will see the termination of flights to Oslo, London Gatwick, Dublin, and Hamburg.

Furthermore, September will also see a reduction in flight frequency to Paris, which will be served three times a week, and Berlin, which will reduce to a twice weekly service.

Whilst the aviation sector moves through a period of flight cancellations and delays, the typical reasons for this centre on staffing shortages, infrastructure problems and the resurgence in demand for air travel, following the two-year pandemic hiatus.

Airbaltic has cited a global supply chain issue with aircraft spares and components, claiming it is a global industry problem which cannot be resolved with the use of leased aircraft.

This contention is perhaps borne out by the fact that several carriers have encountered similar supply issues with spares for engineering and maintenance.

Amongst the more high-profile airline operators, both Lufthansa and Qatar Airways have reported similar problems. It is understood that Qatar maintain an Airbus A380 on stand-by in the event of a spares supply problem delaying maintenance.

Similarly, engine manufacturers like Rolls Royce are encountering similar problems with the supply chain for the provision of piece parts needed in the manufacturing process.

As if the problems currently faced by the airline sector are not enough – flight delays and cancellations due to labour and staffing issues, travel movement caps imposed by airports – the global supply issue for aircraft spares and components is problematic.

The problem is a universal one, and all industry stakeholders are affected by it to some degree. The problem is a multi-level one, which extends from manufacturers, to major and regional airline and charter operators, down to owner operators.

With other world economic factors also coming into play – cost of living crises, fuel and energy supply issues and labour shortages – the supply chain issue is not one that will be resolved in a matter of weeks or months.