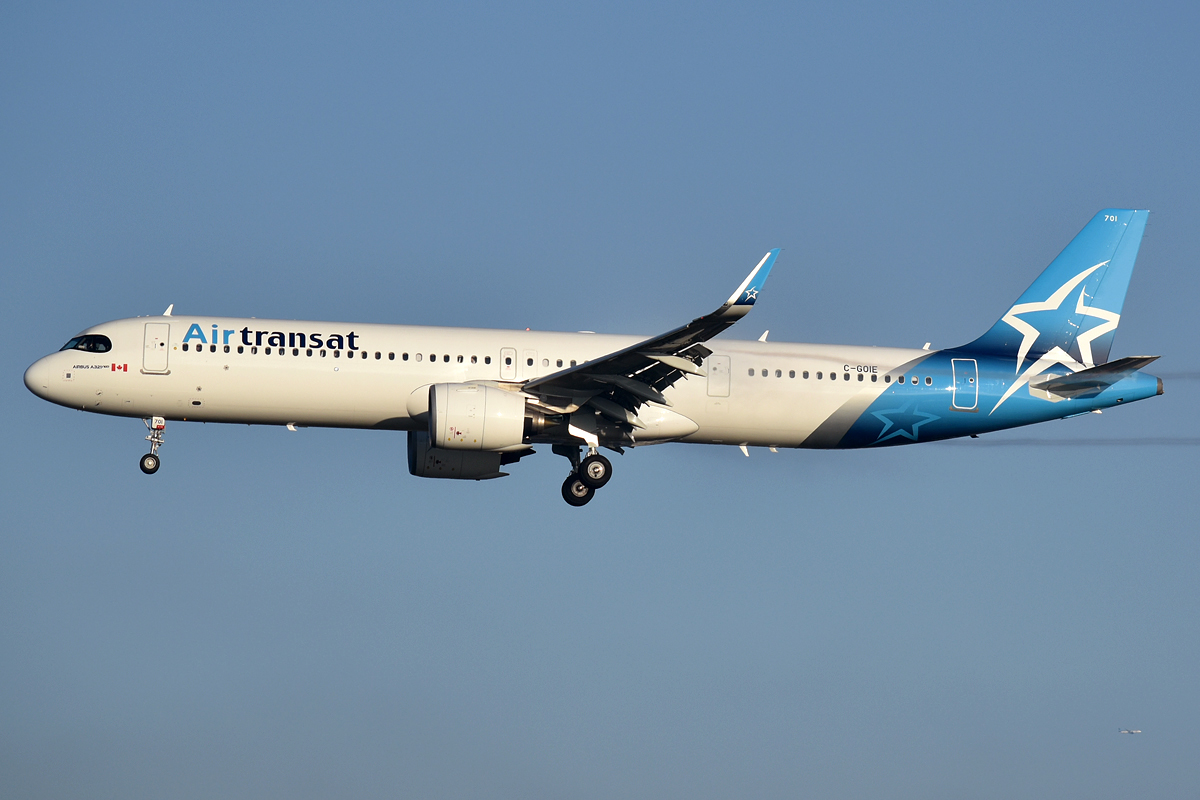 LONDON – Air Transat, Canada’s largest leisure airline took off from Quebec City to London Gatwick for the first time on the night of May the 11th. This means six Canadian cities are now served non-stop from London across all airports in Canada.

The much-awaited Quebec City to London came after the launch of the Montreal to Amsterdam route.

The flight to London takes approximately 6 hours and 25 minutes once a week and flies seasonally in the summer between May 11th and September 28th, with the last flight scheduling on the 29th of September.

This route is the fifth shortest of the 68 UK-North America routes, throned by Glasgow-Halifax, London Heathrow – Halifax, London Gatwick –  Halifax, and Edinburgh –  Boston.

The route will be operated by the new A321LRs with 199-seats  with 12 business seats which are unfortunately to some, not 180 degrees lie-flat seats, and 187 in the economy class.

This means that it’s got 8,358 seats to fill throughout the flying period, a number that seems to be attainable.

The flight from Quebec City to Gatwick leaves on Wednesdays as TS492 with a flight time of 6h 25m.

Boosting Connections Out of Quebec City…

Despite the flight being flown once a week, there is a lot of fanfare surrounding the route:

“With this new flight to London, Air Transat becomes the only carrier to offer our loyal travelers in the Quebec City area a second direct connection to Europe, after Paris, making it easier than ever for them to plan their vacations,” says Joseph Adamo, Chief Sales, and Marketing Officer, Transat.

The Paris route pairing being the busiest is not a surprise as there are lots of historical ties between Quebec and France, and being both a Francophone territory would also easily explain why.

He added that: “We are the first carrier to fly internationally out of Quebec City’s Jean Lesage International Airport where we have been operating flights since our inception nearly 35 years ago.”

Stéphanie Poirier, President, and CEO of Quebec City Airport added: “The people of the Greater Québec City area have been calling for access to more European destinations.”

“By offering a second direct route to Europe, in addition to Paris, Air Transat is answering that call.”

“As Air Transat chooses to invest in our market, we now hope that passengers will come back throughout the summer, proving to the airline that they were right to put their trust in us.”

In fact, when the Gatwick route was launched last year, they said the route was “a dream come true.”

Meanwhile, Paris to Quebec will still be the busiest and number one market in Europe from Quebec City at least, but London was Quebec City’s largest unserved European market.

According to a booking engine, the Canada to London route had around 12,000 round trips point-to-point passengers pre-pandemic, including the spillover to Montreal, with Canada having a larger originating pool of passengers.

This puts Air Transat in a strong position to capitalize on its operations.