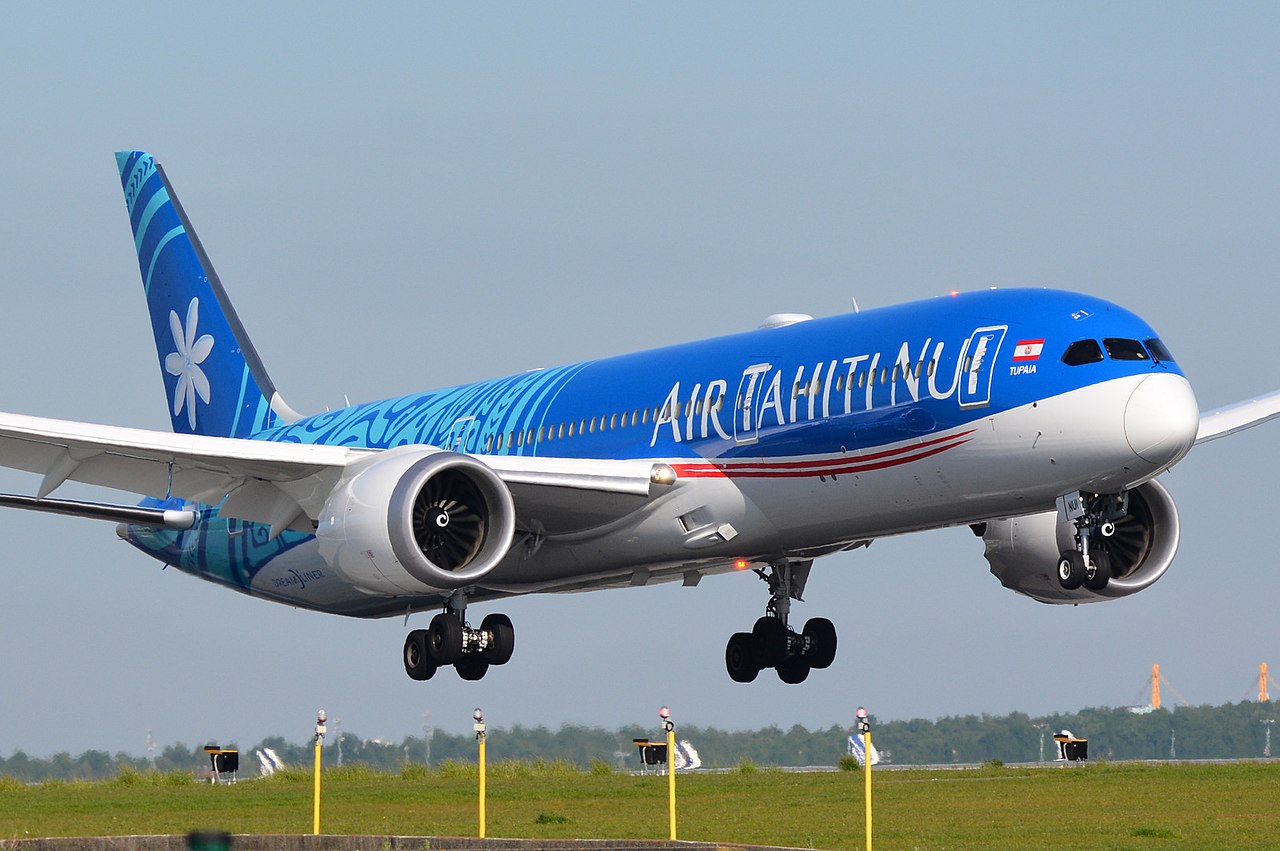 LONDON – An Air Tahiti Nui Boeing 787-9 Dreamliner has diverted into Manchester whilst on its flight between Paris CDG and Los Angeles.

The aircraft squawked 7700 whilst over the North-West coast of England before turning around and heading into Manchester.

F-OVAA is the Boeing 787-9 Dreamliner involved in this emergency, with the aircraft only aged at two years old.

The airline is yet to comment on the actual cause of the emergency, but it does seem likely to be a medical emergency as nothing else was mentioned on the radio.

UPDATE 1: More photos are emerging of the aircraft heading into Manchester earlier today.

UPDATE 2: According to sources, F-OVAA will be departing from Manchester at 1500L to continue its flight to Los Angeles.

UPDATE 3 – The aircraft ended up departing at 21:43 local time in the end. It has been circling over Norwich for a while burning off some fuel due to being overweight.

The aircraft is now headed South towards London at around 9,000 feet, with the destination still unknown at this point.

F-OVAA does appear to be heading back to Paris, despite the low altitude it is at. It will probably remain at 9,000 feet for the duration of the flight!

UPDATE 4 – The aircraft has since landed in Paris now. AviationSource Photographer Harrison Rowe was on scene to get a photo of the aircraft, moments after landing on Runway 05L at Manchester.