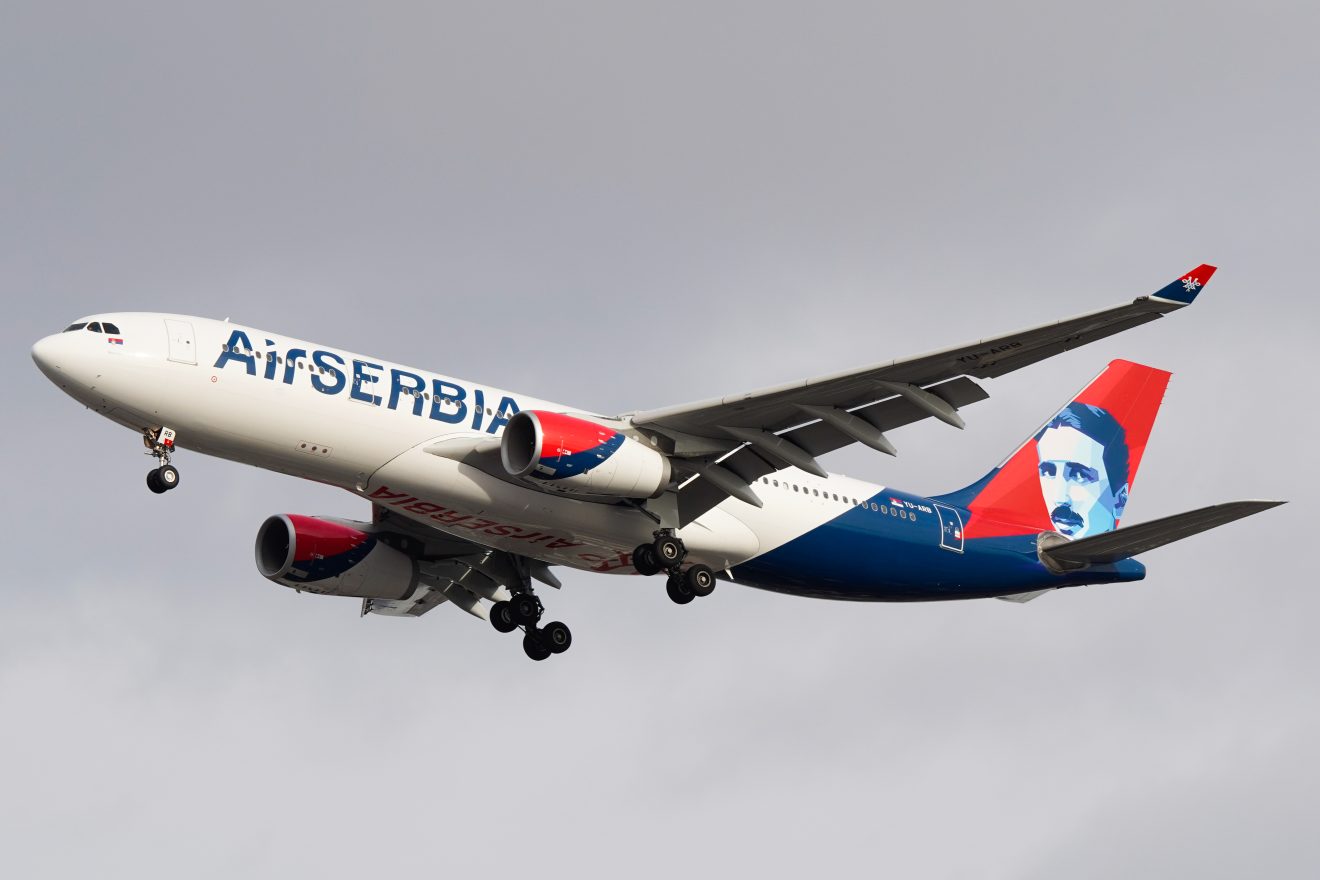 LONDON – On July 19, the Serbian carrier, Air Serbia, announced that it will be ramping up its United States operations.

The first U.S. service increase that Air Serbia will be carrying out is increasing its Belgrade to New York service from two times per week to three times per week starting in Winter 2022.

This means that the carrier will now fly to New York every Tuesday, Thursday, and Sunday.

The flight itself, JU500, will leave Belgrade’s Nikola Tesla Airport (BEG) at 07:50 am and arrive at New York’s John F. Kennedy International Airport (JFK) at 11:50 am, after a flight time of approximately nine and a half hours. Both times are local.

The return flight, JU501 leaves New York’s John F. Kennedy International Airport (JFK) at 19:30 pm and will arrive back at Belgrade’s Nikola Tesla Airport (BEG) at 10:20 am the following morning after an overnight flight of approximately eight hours. Both times are local.

On top of their New York increase, Air Serbia will also, for the first time, be connecting Belgrade to the Windy City, otherwise known as Chicago, which will become their second U.S. destination.

Interestingly Chicago, for the first time in 32 years, will be an American city that Air Serbia will fly to where there are approximately 350,000 residents of Serbian origins.

Each of these two services to New York and Chicago will be operated by the carrier’s single Airbus A330-200 aircraft.

Registered as YU-ARB, the airframe is 13 years old and currently wears a special sticker of Nikola Tesla on the tail of the aircraft itself. The aircraft has a total of 21 business class seats and 236 economy class seats, for a total configuration of 257 seats.

This configuration will equate to 2,570 seats per week across both their New York as well as when their Chicago services begin in April 2023.

Boško Rupić, Air Serbia’s General Manager of Commercial and Strategy commented on the carrier’s latest announcement, saying, “The addition of another weekly flight to New York during the winter season is a clear indicator that our flight over the Atlantic is working out well and that it represents one of Air Serbia’s strongest routes, with a reduction in its so far highly seasonal character.”

“In addition to that, we have been planning the introduction of direct flights between Belgrade and Chicago, a city with one of the biggest diasporas from Serbia and other countries in the region, for a long time now, and for us, it is a route of exceptional strategic importance.”

“We expect great passenger demand for the new flights with Chicago as their final destination, as well as those using the city as a layover for further destinations.”

It is evident that Air Serbia is recovering well from the midst of the Covid pandemic and their U.S. route is in high demand.

Who knows, maybe we may see them add a second long-haul aircraft to their fleet if demand continues to increase in the coming months and years or if they will open up even more long-haul destinations to give Serbians more direct connectivity choices.