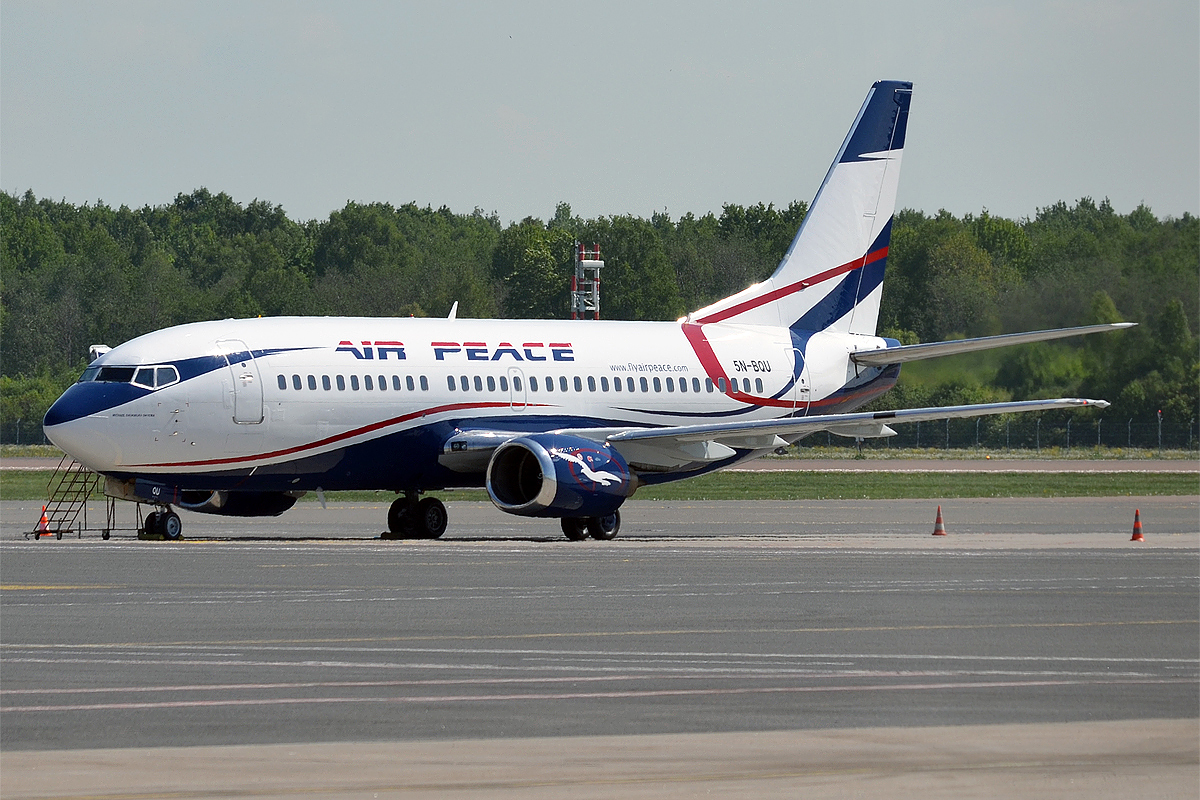 LONDON – A Nigerian Air Peace aircraft on a scheduled flight from Lagos (LOS) to Owerri (QOW) was forced to return to Lagos following a birdstrike on the aircraft’s left-hand landing gear on approach to Owerri.

Following the incident, which occurred yesterday, Air Peace management issued the following statement, saying that safety procedures had dictated a return to Lagos for landing:

“This is to inform the flying public and our esteemed customers that Air Peace flight P47154, which departed Lagos at 12:00hrs today, August 27, 2022, for Owerri, could not land due to a bird strike that got the bird stuck on the left main landing gear.”

“The strike affected the operating parameters of the landing gear which made the pilots follow regulatory safety procedures by returning to Lagos where they landed the aircraft safely without any incident.”

“Passengers disembarked normally and another aircraft has been deployed to operate the flight. We apologise for the inconveniences caused to all passengers affected by this situation and be assured of our strict compliance with established safety standards.”

A birdstrike for any air operator is problematic, with the majority of incidents occurring at lower altitudes, during takeoff and landing phases, where aircraft often share airspace with large flocks of birds. Nigeria has a historical problem with a high level of birdstrike incidents.

In February this year, the Airline Operators of Nigeria (AON), the body representing Nigerian national airline owners, disclosed that the nation’s airline operators had lost an estimated $60m in revenue (N34.5bn) attributed to bird strikes in the last year alone.

On that occasion, Vice President of the AON, Chief Allen Onyema stated that Air Peace alone had suffered fourteen (14) bird strikes in 2021 alone and so far in 2022 they had already suffered four (4) birdstrikes.

The AON also stated that the trend of bird strikes in Nigeria is on the increase. An average of 10 bird strikes incidents are reported annually on domestic operations, and the cost to operators can be as much as $1.5 million to replace damaged engines, which are particularly prone to birdstrike.

That sum does not include the cost of shipping the engine to a repair facility, which can be expensive as engines are typically overhauled in Europe.

Whilst a birdstrike is generally unavoidable in an airliner, what becomes more a matter of concern is an airline’s culture – it’s attitude towards elements of safety, maintenance and fleet serviceability.

Air Peace has something of a dubious track record in this respect. In 2019, the Accident Investigation Bureau (Nigeria) accused Air Peace of persistent failures to report serious incidents and accidents involving its aircraft.

Some of the issues raised by the AIB included the airline’s failure to report incidents that resulted in structural damage and erasure of Cockpit Voice Recorders prior to reporting incidents.

Air Peace management was cited for “wilfully failing to comply” with the Bureau’s regulations, and it was further stated that the management “lacks the full understanding of the statutory mandates”

The concern with this company operating culture becomes the question of whether corners could be cut with respect to maintenance and reporting following incidents such as yesterday’s birdstrike event.

Yesterdays’ birdstrike incident has been followed by a statement issued today by the Accident Investigation Bureau, Nigeria which advises it has commenced investigation into a serious incident involving a Boeing 737-300 with Nationality and Registration Marks 5N-BUQ operated by Air Peace Airline, which occurred around 9:31pm (Local Time) on 8th March, 2021.

The aircraft, with 127 passengers and 6 crew members onboard was en-route Lagos from Abuja. The aircraft had a burst tyre on landing on Runway 18R of Murtala Muhammed International Airport, Ikeja, Lagos, Nigeria and taxied to GAT to park.

There was no injury or fatality.

Give Peace a chance?

It appears as though that culture also extends to customer service with Air Peace, with reports that the airline allegedly instructed staff to report, and make negative comments on a vlogger’s account after he was critical of the airline’s general service and performance.

It goes without saying that a positive culture with respect to both aircraft operation and customer service are vital for an enduring safe airline operation.