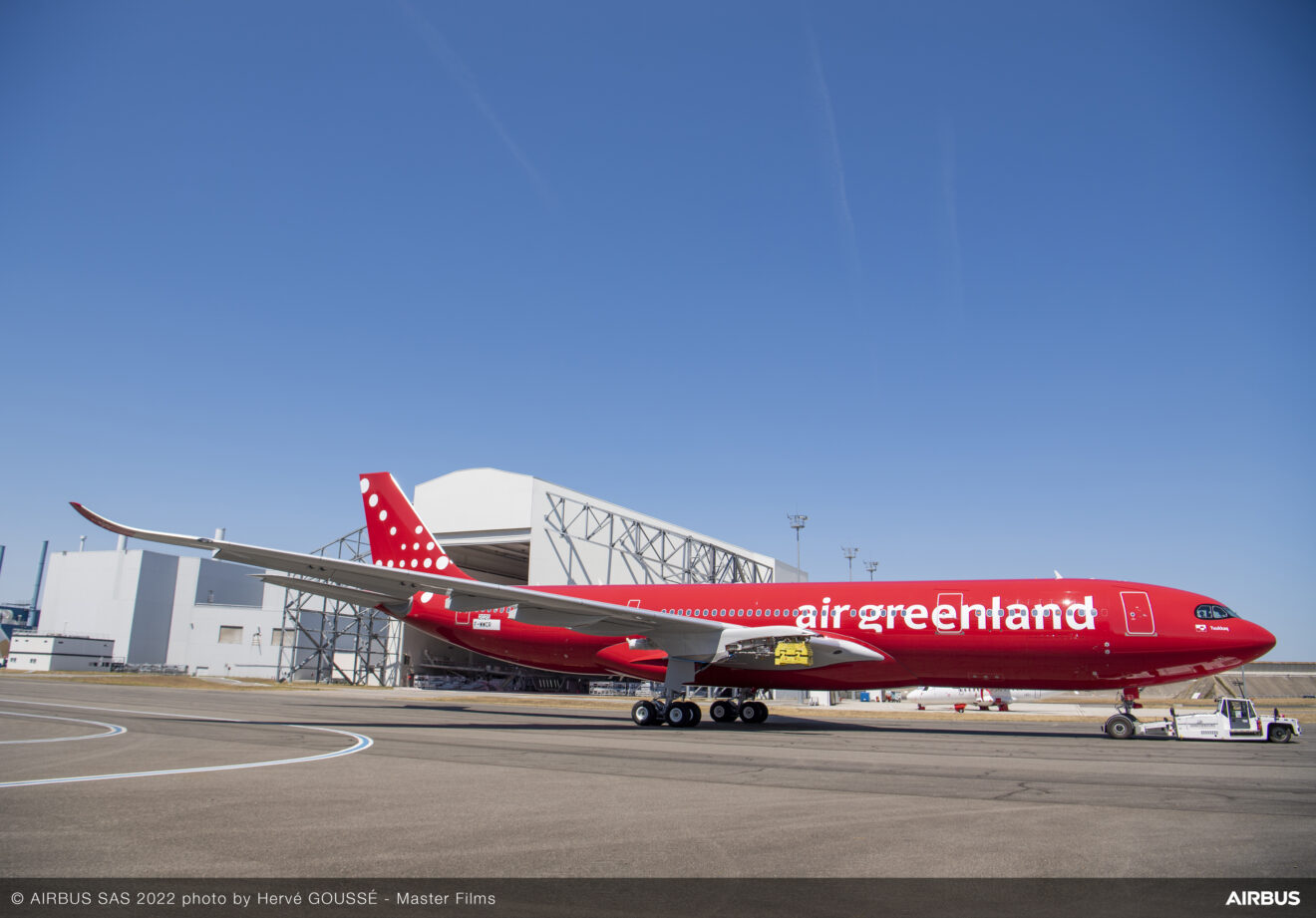 LONDON – Air Greenland has announced that it will launch a new route to Billund, Denmark, ahead of the Summer 2023 season, indicating high growth.

For Air Greenland, this will mean a direct connection to the Danish destination from Kangerlussuaq Airport starting on March 29 and will be seasonal until October 11.

Due to the high growth the airline has been experiencing, they will be using a Jettime Boeing 737-800 to operate this route, which is utilized via a leasing arrangement.

The airline has indicated that this is down to nearly 15% of people in the Billund catchment area having a relationship either in the form of family members or friends in Greenland.

“Based on discussions with travel agents and analysis of customer travel patterns, Air Greenland has assessed that a route from Greenland to Western Denmark will provide a better product.”

“With the establishment of the route, the total travel time will be shortened, and many customers will be able to avoid overnight stays when traveling to and from Greenland.”

Also commenting on this announcement was Jan Hessellund, the CEO of Billund Airport:

“It is fantastic news that Air Greenland has chosen to open a route to Billund Airport. It will be a successful route because our area has a large base to fill the planes.”

“Many Greenlanders live in our catchment area, but there are also many who have other connections there – or just want to visit and experience the beautiful scenery. So this is a very attractive route that we are proud to present together with Air Greenland”.

Back in August, Air Greenland’s Airbus A330-800neo came out of the paint shop as it nears delivery in the fourth quarter of this year.

OY-GKN, the aircraft in question, will replace its older Airbus A330-200 of OY-GRN, which at the moment sits around 245 passengers per flight.

Air Greenland has some flexibility within this as the A330-800neo can seat up to 406 passengers, meaning that as well as this will bring a fleet replacement, it also means additional capacity.

This is more than likely why Jettime has a Boeing 737-800 with the carrier at the moment. With one A330-800neo on order only, there is nothing to stop the carrier from expanding this further.

Because, after all, the new links into Billund indicate that the demand for air travel into Greenland is intensifying, and the airline needs to capitalize on that as a result.

It remains clear that things are on the up for Air Greenland, especially as they aim to grow further into the Danish market and connect the catchment areas up more.

Looking ahead, it’s going to be interesting to see what the response will be with the new Airbus A330-800neo, and how that will generate the carrier’s future strategy.

But for now, all we can do is sit back and wait to see where the airline wants to go next.