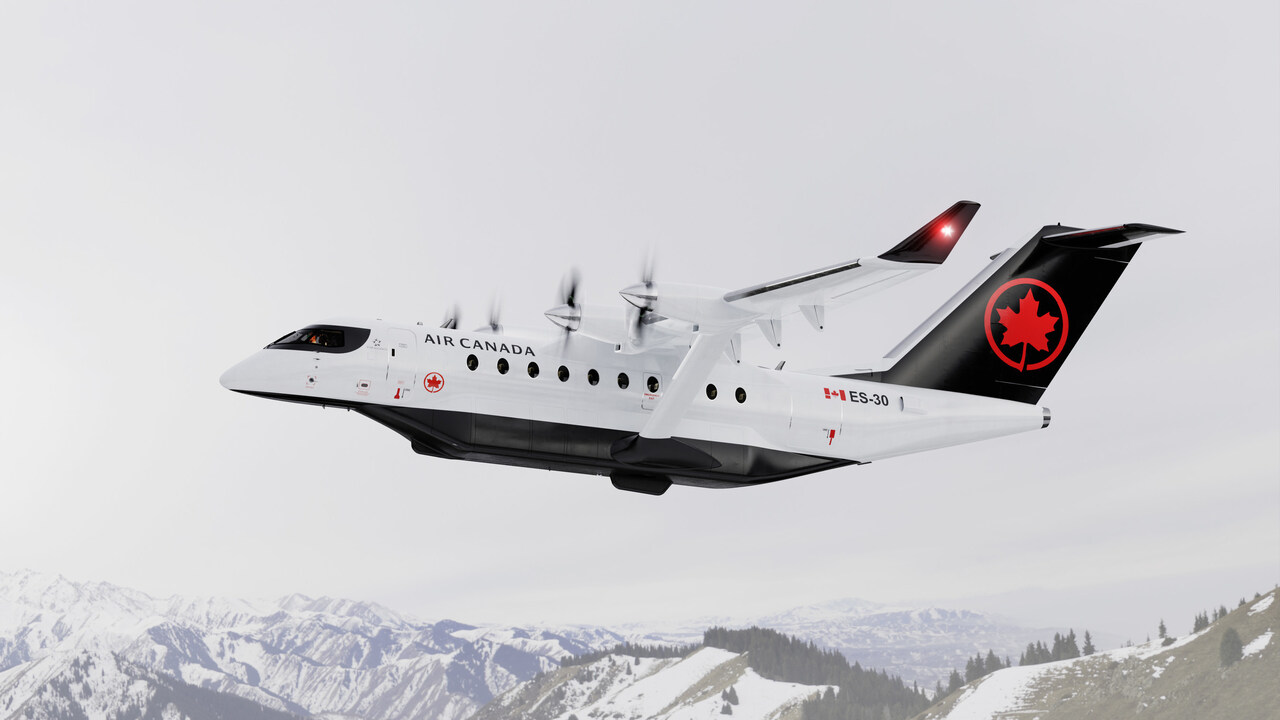 On September 15, Canada based carrier, Air Canada (AC) announced they will be acquiring 30 of the ES-30 electrical aircraft, produced by Gothenburg, Sweden-based Heart Aerospace. The announcement comes just moments after SAS (SK) announced their signing of a Letter of Support with the Aerospace company.

Under the agreement, Air Canada also acquired USD$5mil in equity stakes with Heart Aerospace, making the agreement a very big one. The ES-30 aircraft will enable Air Canada to serve regional and commuter networks with more sustainability, providing low-emission connectivity to local communities.

The configuration chosen by Air Canada, will seat three across in a 2×1 configuration. The aircraft will seat a total of 30 passengers, and in addition, carry a galley for cabin crew, and lavatory.

President and CEO of Air Canada, Michael Rousseau, said the following on the agreement: “Air Canada has taken a leadership position in the industry to address climate change. The introduction into our fleet of the ES-30 electric regional aircraft from Heart Aerospace will be a step forward to our goal of net zero emissions by 2050.”

He also adds: “Already, Air Canada is supporting the development of new technologies, such as sustainable aviation fuels and carbon capture, to address climate change.”

“We are now reinforcing our commitment by investing in revolutionary electric aircraft technology, both as a customer for the ES-30 and as an equity partner in Heart Aerospace.”

Founder and CEO of Heart Aerospace, Anders Forslund, said Air Canada is an important partner for the company, further explaining:- “Air Canada is a strategically important partner for Heart Aerospace. The company has one of the world’s largest networks operated by regional turboprops, and it is also a progressive, future leaning company especially in the green transmission.”

He also adds: “With the ES-30 we can start cutting emissions from air travel well before the end of this decade.”

Designed by Sweden based company, Heart Aerospace, the ES-30 is an electric aircraft designed for regional commercial operations.

The aircraft is capable of flying 200 kilometres, but with a reserve-hybrid system, the range can be extended to 400 kilometres, even as far as 800 kilometres with a restricted load of just 25 passengers onboard.

The ES-30 is primarily powered by Lithium-ION batteries, will be quieter, have better operational parameters, be more reliable and have a smaller environmental footprint than turbo prop aircraft, such as the ATR-series and Dash 8-series. They will also be fully charged from 30 to 50 minutes.

The aircraft is set to be certified for commercial operations by the year of 2028, and will mark a major milestone in the aviation industry’s race for a sustainable aviation market.

With the acquisition of 30 ES-30’s, as well as acquisition of $5 million USD worth of equity stake – there’s no doubt that Air Canada sees a huge gateway to advance in their zero emission goal, as well as getting a sustainable workhorse in the regional market.

It’s obvious that Air Canada is very optimistic in the project of the ES-30, as is their Star Alliance partner, SAS.