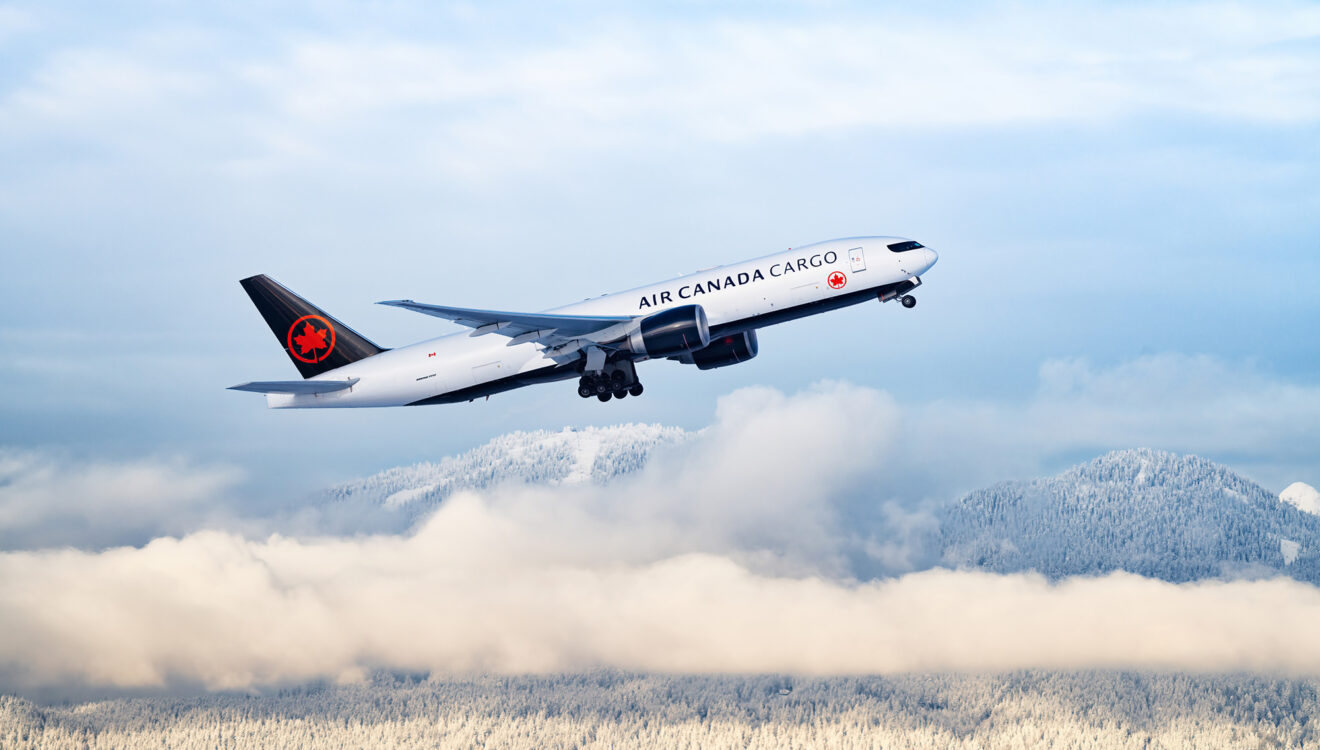 LONDON – Air Canada (AC, Montreal Trudeau) plans to have 12 dedicated freighters by the end of 2024, with a series of passenger-to-freight (P2F) aircraft conversions underway and new freighter deliveries over the next two years.

The airline sees the increased cargo capacity as a “great opportunity”.

Speaking at a press conference, Air Canada Chief Financial Officer Amos Kazzaz said that by the end of 2023, Air Canada will have seven dedicated B767-300(ERBDSF)s and will have three other B767-300Fs in 2024 for a total of ten B767 freighters.

A few weeks ago, the airline confirmed it would also purchase two B777-200Fs due to enter service in 2024.

“We see this as a great opportunity for ourselves. It helps in terms of income diversification and compensates for seasonal problems, but most importantly, it meets the growing cargo demand,” Al-Qazzaz said.

“We’re happy with the progress. It’s been a bit slower than expected for the (B767) conversion process, but it’s catching up now, and then we have new freighters coming out of the factories.”

To date, Air Canada has acquired two of the B767 freighters converted. In terms of tonnage, Kazzaz says around 30% of cargo will be transported on dedicated freighters and 70% in the hold of passenger planes by the end of 2024.

“What Air Canada brought to this cargo space, behind the decision to invest, is that 80% of the cargo business is done by freight forwarders,” Kazzaz said, adding that the network breadth of Air Canada International means the Airline has strong relationships with freight forwarders and that they want dedicated cargo routes.

“From now on, freight forwarders have the possibility of reserving lanes dedicated to freight which then feed the rest of the network.”

“This really offers a unique opportunity to take advantage of the passenger space in the network and also create dedicated freight lanes. At about ten hours from Toronto Pearson, you have about 34% of global freight destinations covered. The infrastructure and geography make this a successful business for Air Canada.”

It remains clear that Air Canada is beginning to see the benefits of the cargo market, and thus is expanding its network to cater to the enhanced success.

With two Boeing 777-200Fs on the way, it shows exactly how all-in Air Canada is wanting to take this as a strategy, and with higher cargo capacity offerings, brings forward greater revenue opportunities.

Looking ahead, it will be interesting to see where the airline expands routes-wise, and what sort of return this will generate for the company in the long run.

By expanding at the right time, being the COVID-19 pandemic, it shows that the carrier is well set up now on that front to achieve the best it can.