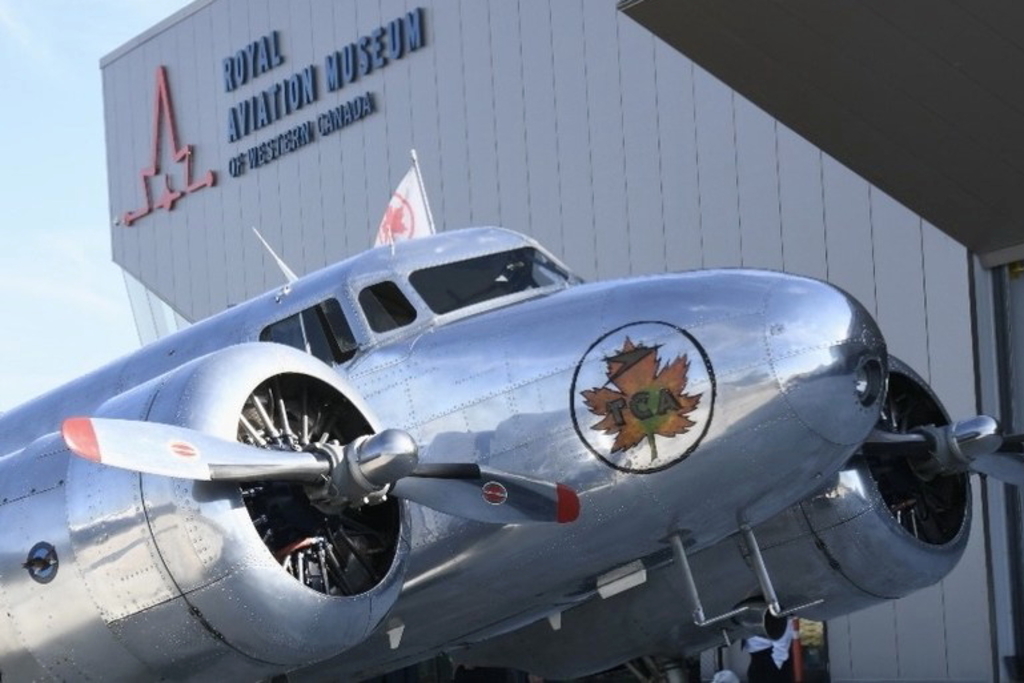 LONDON – Canadian Flag carrier Air Canada announced that in celebration of the carriers 85th anniversary, they’ll be donating a Lockheed L-10A Electra to the Royal Aviation Museum of Western Canada in Winnipeg.

The aircraft arrived at the museum earlier this week, taxiing from the Air Canada Hangar to the Museum. At the handover ceremony it was said that the aircraft will go into permanent public display as a piece of aviation history.

The aircraft has a long history with TCA, operating the first ever flight of the airline from Vancouver to Seattle, carrying mail and 2 passengers. After it’s first flight in 1937 with TCA, it was sold in 1939. During the next 40 years the aircraft has been sold multiple times and had multiple different owners.

Air Canada’s Senior Vice President of Flight Operations, Murray Storm, said: “There is no more fitting preservation and commemoration for one of our original aircraft than to have TCC be on permanent display in Winnipeg, which was one of TCA’s original hubs when the airline began operations in 1937 thanks to its central location in our country.”

“Air Canada has a long and rich history connecting Canadians from coast to coast which continues to this day, and it all started with the Lockheed L-10A 85 years ago. As we celebrate our 85th anniversary, we mark this milestone by ensuring that such an important part of Canadian aviation history will be available for Canadians and aviation enthusiasts to enjoy for many years to come,”

Museum President and CEO Terry Slobodian stated that: “We’re very pleased that CF-TCC has landed at the Royal Aviation Museum and is now part of our permanent collection. This aircraft has ties to Winnipeg dating back to 1937 and to our museum in particular. Our museum was previously located in the original TCA hangar here in Winnipeg.”

“The Lockheed Electra is a perfect picture of the early days of commercial air travel in Canada. We are grateful to Air Canada for their longstanding support of our museum and for entrusting us with this spectacular piece of aviation history.”

Today, almost 85 years after the first Trans Canada Airlines flight, the airline has a fleet of 186 aircraft, offering scheduled service to over 180 destinations, with hubs in Montreal, Toronto, Calgary and Vancouver.

The carrier was a founding member of the Star Alliance and currently is the only international network carrier in North America to hold a 4 Star SkyTrax rating.

Happy birthday Air Canada! Thanks for always bringing me where I had to get to!