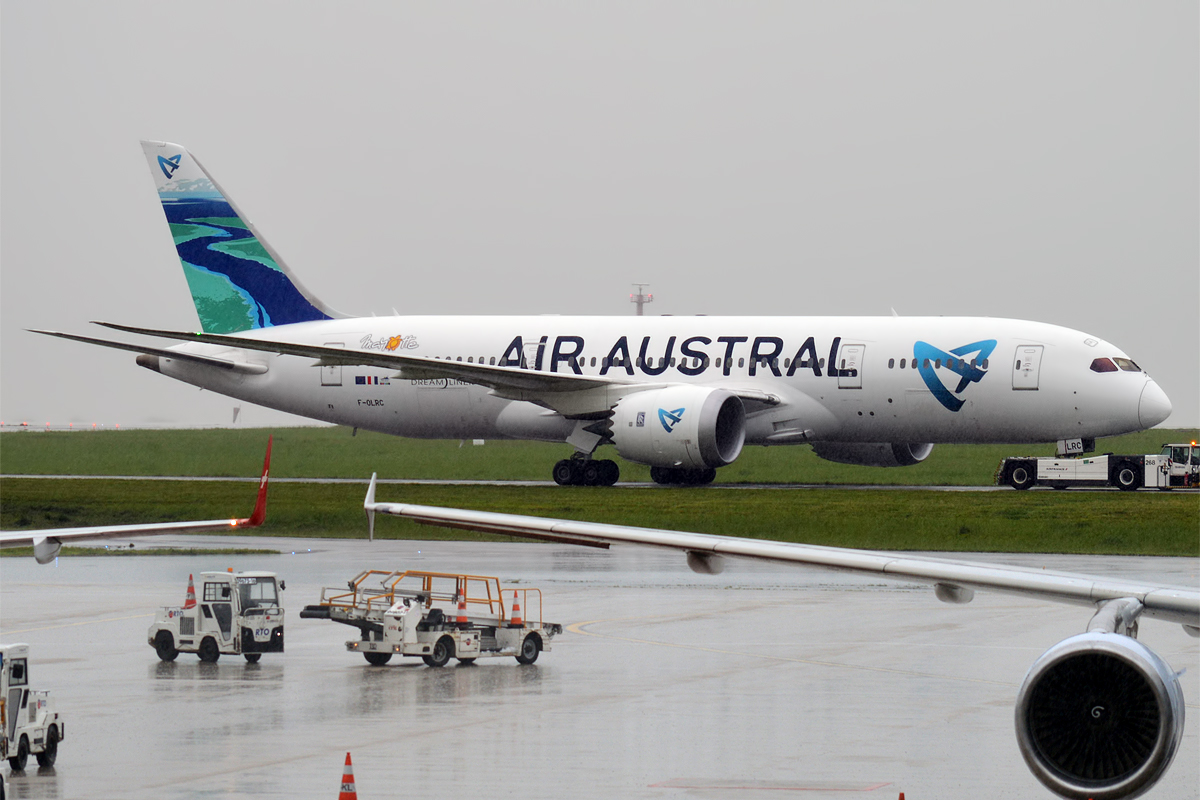 LONDON – Reunion-based carrier Air Austral has announced it will reopen flights to Bangkok, Thailand, and Nosy Be, Madagascar.

Each route will be served twice weekly, to begin with. The Bangkok schedule is as follows as per Aviation24:

Air Austral will use its Boeing 787-8 Dreamliner for the Bangkok route, with the Nosy Be route to be operated with the Airbus A220-300 twice weekly, before upgrading to four weekly.

More Flights on the Way…

It is understood that Air Austral is awaiting approval to operate in some more destinations being:

It does appear that Air Austral is trying to initiate flights on an ad hoc basis, particularly on the Bangkok route where it is accommodating for the July/August school holiday period.

Air Austral has remained quiet in recent months, which is most likely attributed to survival during the COVID-19 pandemic.

Air Austral has a total of nine aircraft in its fleet, being:

The average fleet age in the airline is around 5.4 years, making it quite a substantially young fleet.

Air Austral’s Boeing 777-300ERs are operated in a high-density configuration, offering 18 seats in Business, 40 seats in Premium Economy, and 384 in Economy, bringing the total to a staggering 442 passengers.

Its Boeing 787s, which will be used for the Bangkok route will offer 18 seats in Business and 244 in Economy.

The Airbus A220s, which will operate the Madagascar route, will offer 12 seats in Premium Economy and 120 in Economy respectively.

The route expansion plans from Air Austral signify that recovery is on the way, especially with its plans for expansion.

Despite the airline being relatively small, it provides a vital air link to those in Reunion and the surrounding areas, which is something they have been keen on keeping hold of, particularly during the struggles of the pandemic.

It will be interesting to see how the carrier fares looking ahead and what sort of Summer 2022 season they will have.

Air Austral, through its modern fleet, will be able to offer significant capacity to achieve this over the course of the next few months.