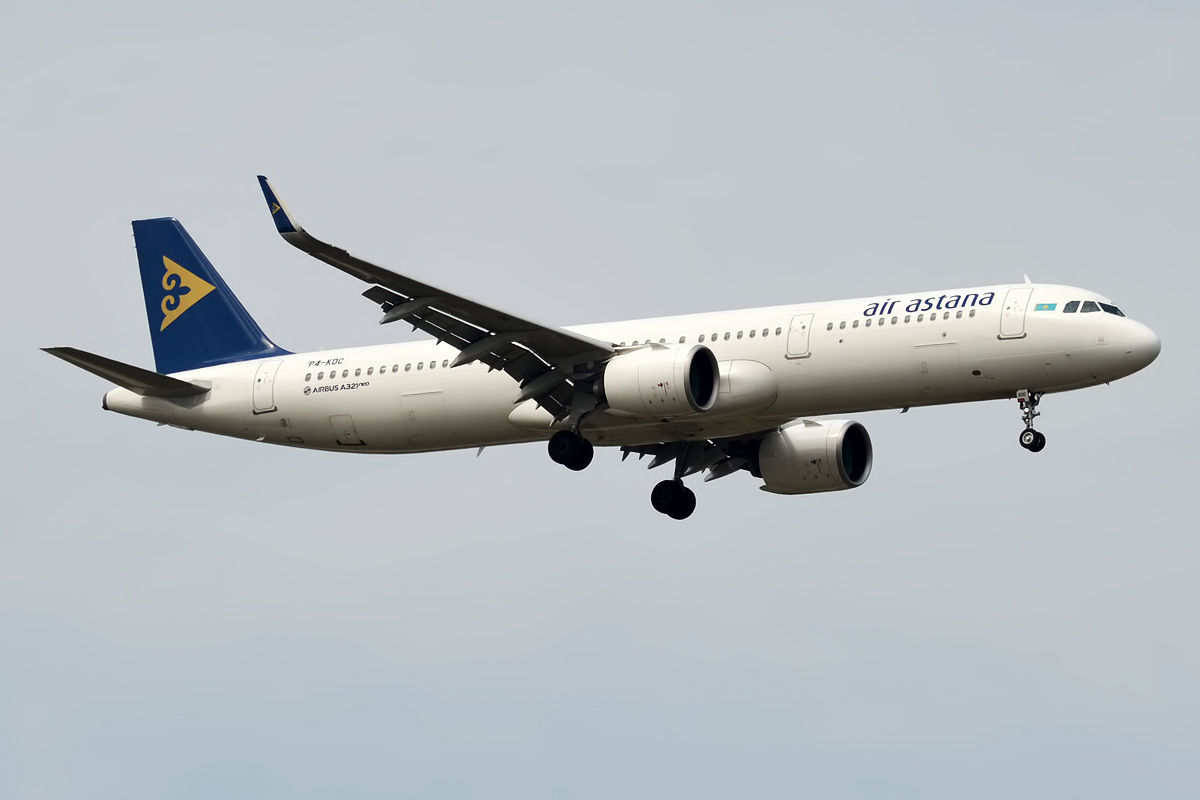 LONDON – Kazakhstan flag carrier airline Air Astana will be launching new services from both the United Kingdom and Turkey to Kazakhstan.

Starting from May 12, Air Astana will launch new flights to the UK’s capital London, more specifically London Heathrow (LHR) from Almaty (ALA).

The route however is not a non-stop service much like their already existing route between London Heathrow and Nur-Sultan (NQZ), the new Almaty service will have a stopover in the Southwestern city of Aktau (SCO).

Almaty to Heathrow via Aktau will be operated on a twice-weekly basis by Air Astana on Thursdays and Saturdays.

This is not the first time that Air Astana has operated to Heathrow from Almaty, they used to operate until May 2014 before the service was then switched to Astana, which the city of Astana was renamed in 2019 to Nur-Sultan.

Starting on May 27, Air Astana will launch new flights to Bodrum (BJV) in Turkey also from Almaty.

Same as the new Heathrow service, Bodrum will also be operated on a twice-weekly basis, however, those days are Tuesdays and Thursdays.

The new Bodrum flight will be Air Astana’s fourth destination in Turkey, alongside Antalya (AYT) as well as both Istanbul airports, Istanbul (IST), and Istanbul Sabiha Gokcen (SAW) but will make the airline’s eighth route there.

Antalya is currently served from both Nur-Sultan and Almaty, the same as Istanbul’s main airport.

Not only this but Istanbul also has services to Aktau and Atyrau (GUW) and Sabiha Gokcen has a service to Turkistan (HSA).

All the aforementioned flights will be operated by Air Astana’s fleet of Airbus A321 aircraft.

However, the Dreamliners have since been postponed yet again until 2025, but are penciled to replace their three aging Boeing 767-300ER’s.

Commenting on the impact that the ongoing war between Russia and Ukraine has had on Air Astana, their Chief Executive Officer, Peter Foster said:

“The Nur-Sultan to London Heathrow service was operating via the southern route as a result of Russian airspace limitations, which added about 90 minutes of flying time.”

“Increasing fuel costs may result in additional fuel surcharges, and we are approximately 40% hedged for the whole of 2022, at prices current when the positions were taken in late 2020 and early 2021.”

From these comments it is evident that the sanctions that are being imposed by Western countries on Russia are having a detrimental effect on Air Astana’s fuel situation, meaning that it may drive up the flight costs for passengers if fuel prices continue to increase.

Air Astana also relied heavily on routes to Russia, however, has since suspended flights to both Russian and Ukrainian destinations until the situation begins to settle.