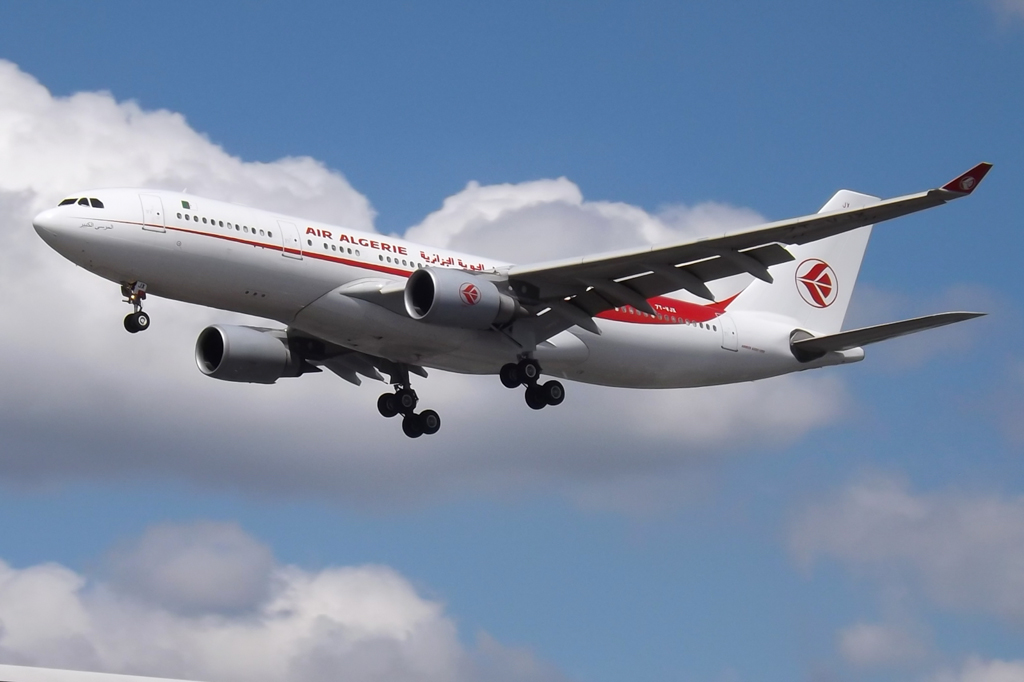 LONDON – Air Algerie confirmed in a statement last Monday that passengers on its flights to France are not bound by any restrictions related to the prevention of the coronavirus epidemic, as of August 1. However, the mandatory mask wearing will remain in effect on board aircraft, and inside airports, according to the statement.

From August 1, travellers to France will not be required to prove that they have received the Covid-19 vaccine, or that they have a negative test result for the virus.

On April 5, 2022, Algeria was still on the orange list for travel to France, which brings together the least safe countries for travel to French territory, due to the outbreak of Covid-19.

In its latest update of the list, the French Ministry of the Interior stated that the identification of safe and least safe countries for travel was made based on data related to the spread of the epidemic until March 31, 2022.

It is worth noting that France cancelled the remaining restrictions imposed on travellers coming from outside the country, after the number of epidemic cases declined.

On the other hand, “Air Algerie” launched, last Wednesday evening, a new direct route linking Algeria with Doha, in implementation of a decision issued by Algerian President Abdelmadjid Tebboune during his recent visit to the Qatari capital last March.

“The launch of this route comes within the framework of strengthening cooperation between Algeria and Qatar, and is part of the transport development strategy approved by the government,” said Director General of Air Algerie, Yassine Ben Slimane, in a press statement.

The Algiers-Doha route is part of a plan to launch 15 new air routes to African, European, Asian and South American destinations, as part of a plan for the commercial development of the Air Algerie network, by the beginning of 2025.

15 new aircraft and a restructure

At the end of last week, the Algerian government announced a decision to acquire 15 new aircraft for Air Algerie, with the aim of expanding the air transport network on domestic and international routes, and reconsidering the company’s internal structure and organization.

During the inauguration ceremony of the new director of the Algerian national carrier, Yassine Ben Slimane, the Minister of Transport, Abdallah Mongi said that the first goal that will be implemented will be “the initiation of the implementation of the decision to acquire 15 new aircraft to support the air fleet.”

The new director will initiate the necessary contacts with manufacturers. known in the international arena for the acquisition of new aircraft.

Minister Mongi urged the new management of the airline to take the necessary measures to improve service in the field of aviation and commercial activity, alleviate the difficulties that citizens face in acquiring tickets due to large queues, and resort to digitization in selling tickets and qualifying human cadres.

Air Algerie suffers from a large financial deficit, as it lives on public treasury aid, without achieving any financial balance for years, due to the large number of workers in the company, which exceed its basic needs.

The Minister of Transport revealed that the company’s internal structure and organization will be reconsidered, which will allow to reduce expenses and work to establish branches that contribute to achieving additional income, and work to recover the share of the Algerian air fleet for air freight.

“Algeria has a large modern airport in the capital, which has all the base structures for transportation and accommodation, along with a developed transport network, after linking it to the metro network.”

“We asked to make Algiers airport a global hub for aviation and air transport of passengers and goods from Africa to the rest of the continents and vice versa,” he explained.

For his part, the new Director General of Air Algerie, Yassine Ben Slimane, pledged to work to restore the company to its normal position nationally and internationally.

The process of transferring Air Algerie flights from Heathrow Airport to London Stansted Airport started from July 22, and will continue to take place until August 31.

In a post on its official Facebook page, Air Algerie has called on its passengers to and from London to head up directly to London Stansted Airport due to the rush pressure at London Heathrow Airport, which has affected most airlines.

Pilots’ Syndicate: “We will not paralyze air traffic”

On the other hand, last Tuesday, the Independent Syndicate of Algerian Pilots denied the promoted news about its members’ intention to launch a general strike and paralyze air traffic. The action was due to demands that were not embodied by the various successive administrations over management, despite of agreements signed between the two parties.

The prominent member of the union, Karim Seghouane, said in a telephone conversation with Al-Nahar newspaper:

“What was discussed during the general assembly of the syndicate was about the demands that were not embodied by the officials of Air Algerie since signing the collective agreements between the two parties, which was frozen before the Corona pandemic due to the difficult conditions experienced by global aviation in general and Algerian in particular.”

“After freezing flights and taking into account the financial situation of the aviation company and our financial support for it, but now the conditions have changed and air traffic has resumed, therefore, we resumed our activity.”

“We stressed the importance of discussing most of the issues and determining the points that the concerned party must embody, which clauses were included in the collective agreements that we signed decades ago with company officials, and the time has come to embody our demands, among which are social demands.”

Regarding news of an agreement between members of the syndicate to paralyze air traffic during the next few days, Seghouane replied, “This issue we did not talk about and we did not agree on at all.”