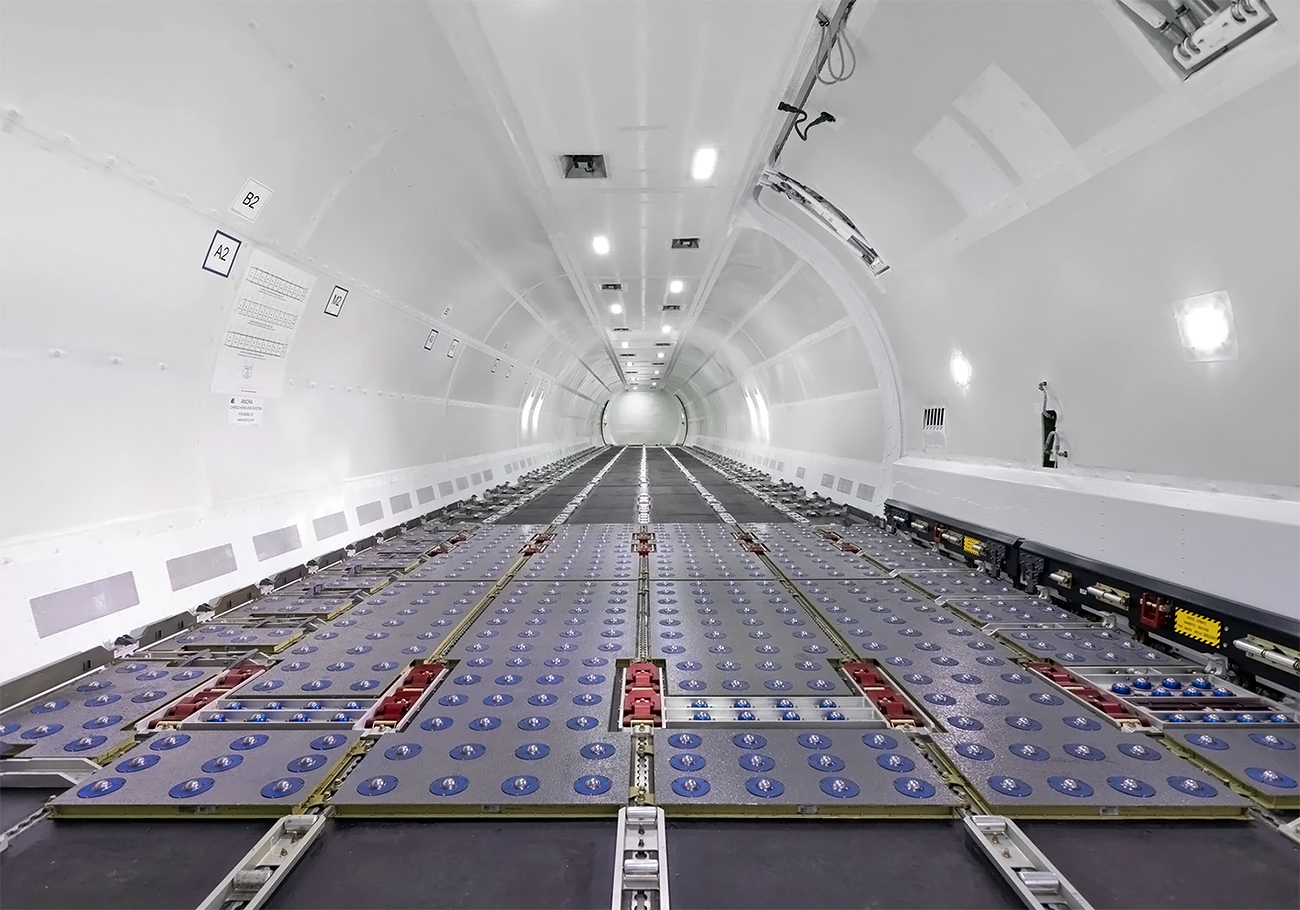 AEI is currently the only conversion company to have ETOPS 180 approval on the 737-800 freighter conversion. Additionally, AEI can convert all 737-800 line number aircraft, including those with Flat Aft Pressure Bulkheads, and Split Scimitar winglets.

AEI’s forward-thinking design allows for containers to be loaded into the aircraft a full 16.5” aft of the forward door jamb, ensuring ground operators have sufficient maneuvering room, which minimizes potential door and aircraft strikes.

AEI’s cargo door has earned a reputation for being the most robust and reliable in the conversion industry. The cargo door is hydraulically operated and actuated from the inside of the aircraft by an independent system.

Hydraulic pressure is available from two sources: a 28VDC electrically operated hydraulic pump or a manual hand pump. The door control and manual pump are located on the 9g barrier, allowing a single person to operate the door manually.

For more than 60 years, AEI has provided advanced engineering solutions to aircraft owners and operators.

As a global leader in passenger to freighter conversions for a wide array of aircraft, AEI has developed over 130 Supplemental Type Certificates (STCs), and over 550 aircraft have been modified with AEI STCs – more than any other conversion provider.

AEI’s STCs have been certified by regulatory authorities around the world, including EASA, China, Canada, Russia, and Brazil.