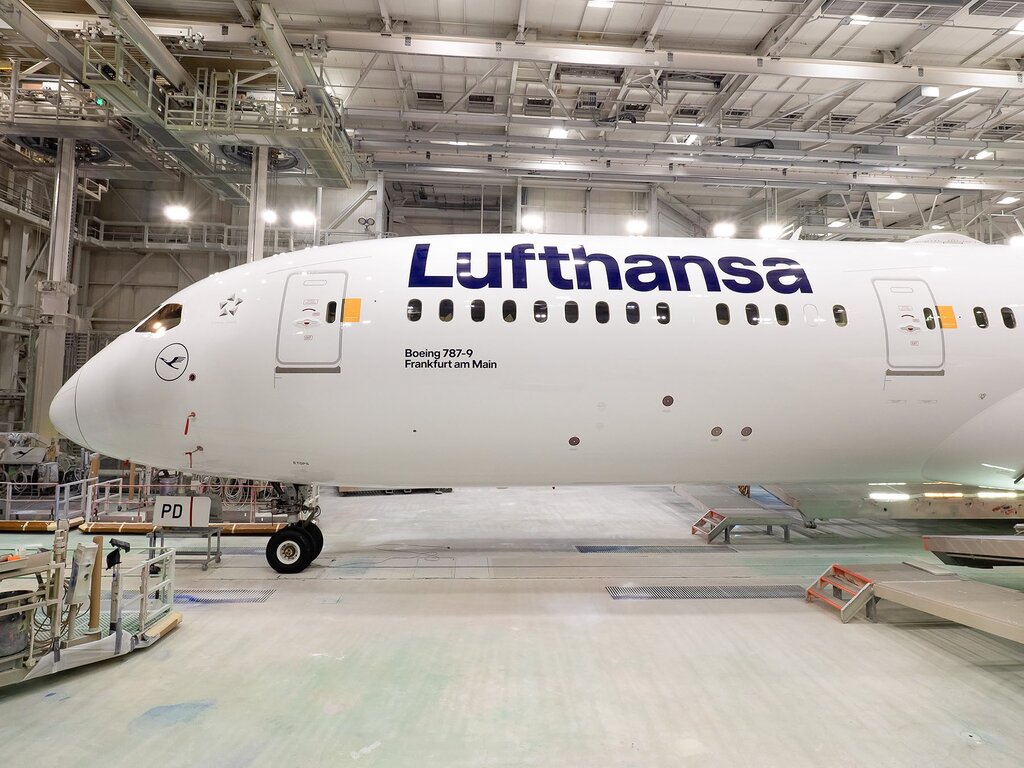 LONDON – Lufthansa has given a sneak peek of its second Boeing B787-9 Dreamliner aircraft via their social media channel.

The aircraft is named after the airline’s main operating hub, and is said to be joining the fleet in the next few months.

The aircraft (S/N MSN 62729) was originally manufactured 3 years ago and operated under the test registration N1003N. It was to have been allocated to China’s Hainan Airlines and then to India’s Vistara Airlines; however, these orders were not taken up

In total, the Lufthansa Group has placed orders for 32 Boeing 787-9 Dreamliner aircraft, with delivery scheduled between 2022 and 2027.

The ultra-modern long-haul aircraft will consume an average of around 2.5 litres of fuel per passenger and 100 kilometres flown. That is effectively 25 percent less than its predecessor aircraft. The CO2 emissions are also improved accordingly.

The first B787 Dreamliner for delivery to the airline will carry the registration D-ABPA. This aircraft is to be named “Berlin”, and has not yet been delivered to the carrier.

The aircraft will spend several weeks at Lufthansa’s maintenance in Frankfurt before being placed on the line. Here it will undertake cabin refurbishment which will include modification to direct aisle access for all guests in Business Class.

Following its transfer to the line, D-ABPA will be initially deployed on domestic German routes for training purposes. The first intercontinental scheduled destination of the Lufthansa Dreamliner will be Toronto.

News of the progress of Lufthansa’s Dreamliner additions comes as welcome news after a couple of weeks of industrial disputes which saw the carrier cancelling some flights from Frankfurt and Munich. The ground handlers dispute has since been resolved.

The Lufthansa group, which is responsible for the operations of German airlines Lufthansa and Eurowings, as well as Switzerland carrier SWISS, Belgian carrier Brussels Airlines, and Austrian carrier Austrian Airlines, has just released its Q2 2022 financials showing the Group is now ‘back in the black’.