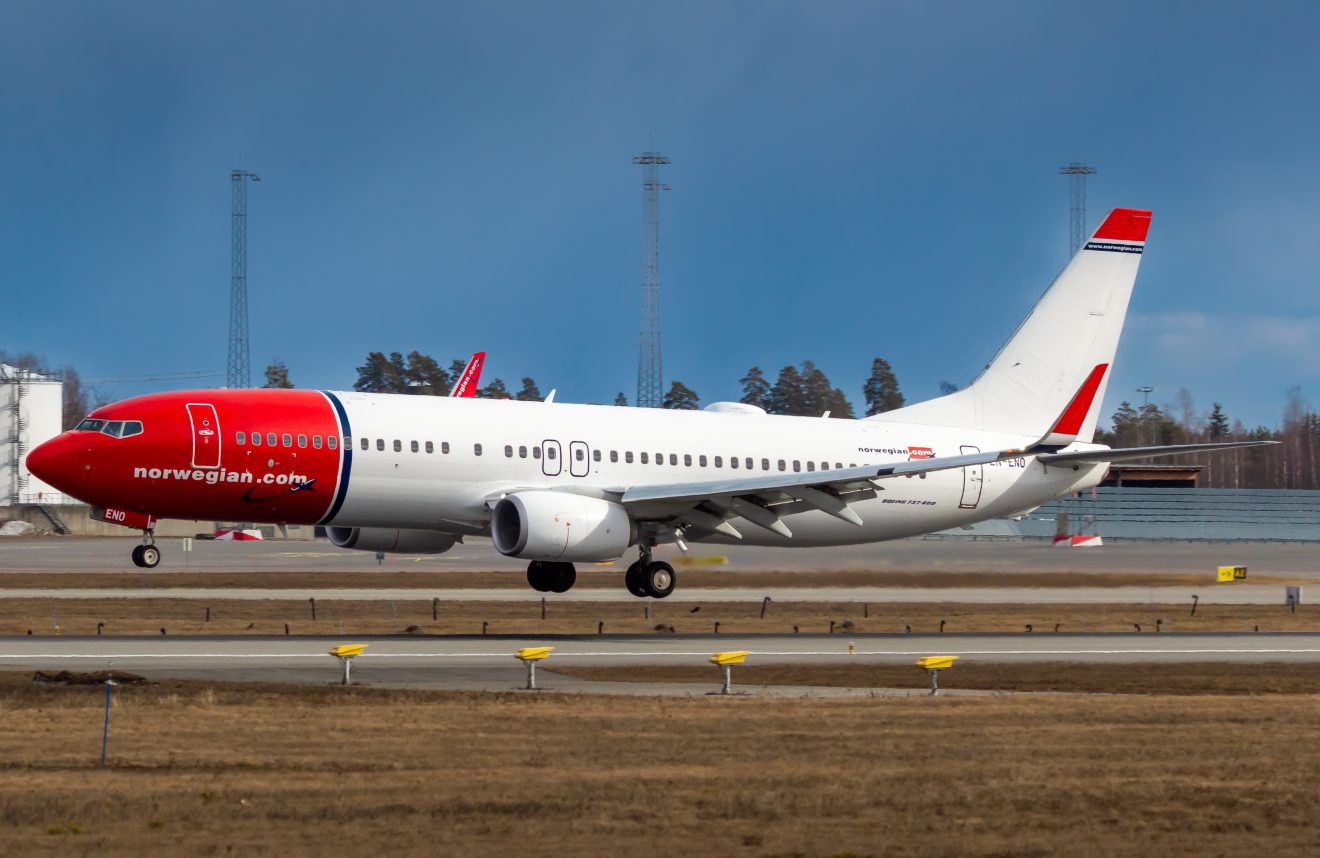 LONDON – Norwegian has announced the handling of nearly one million passengers in March, showing signs of the upward climb ahead.

This is a virtue of good news for the carrier, especially as it has had to scale back a lot during the woes of the pandemic.

Load factors are strong at 80.3% and offered a punctuality rate of 90.1% based on operating 99.4% of its total scheduled flights for that month.

Geir Karlsen, the CEO of Norwegian commented on the improving numbers:

“We are particularly pleased that the load factor has remained above 80 percent despite the introduction of significantly more capacity in March.”

“Booking figures have improved throughout recent weeks and we are pleased to see this continued upward trend in the market. We are seeing a busy Easter travel period with many travelers and several full flights.”

“Towards the summer, we will reopen and introduce new destinations, and our customers can now choose from almost 280 routes in Europe”.

Norwegian seems to be on the upward trend again, which is good news for the European low-cost carrier.

The Summer 2022 season will see the carrier operate around 280 routes using its fleet of 70 aircraft, meaning that we can only expect passenger numbers to increase.

Back in January, the airline announced that it would lease 10 new Boeing 737 aircraft as part of its fleet growth and reinvigoration strategy that will enable them to operate a high number of routes.

Such a Summer schedule is expected to be expansive, with the airline back in August announcing a major focus on London Gatwick, where it thrived a lot previously.

The airline began restructuring back in April, following court approval to do so.

The Summer season is going to be a big test for Norwegian, like with other carriers to perform as best as possible in what is being considered a post-pandemic period.

It will be interesting to see how the airline fares, and what sort of indication we will get around future expansion, especially as we look towards Winter 2022/23 as well as the Summer 2023 schedule.

For Norwegian, they seem to be in a good place at the moment, but it’s only down to them to get them back to the position they used to be.