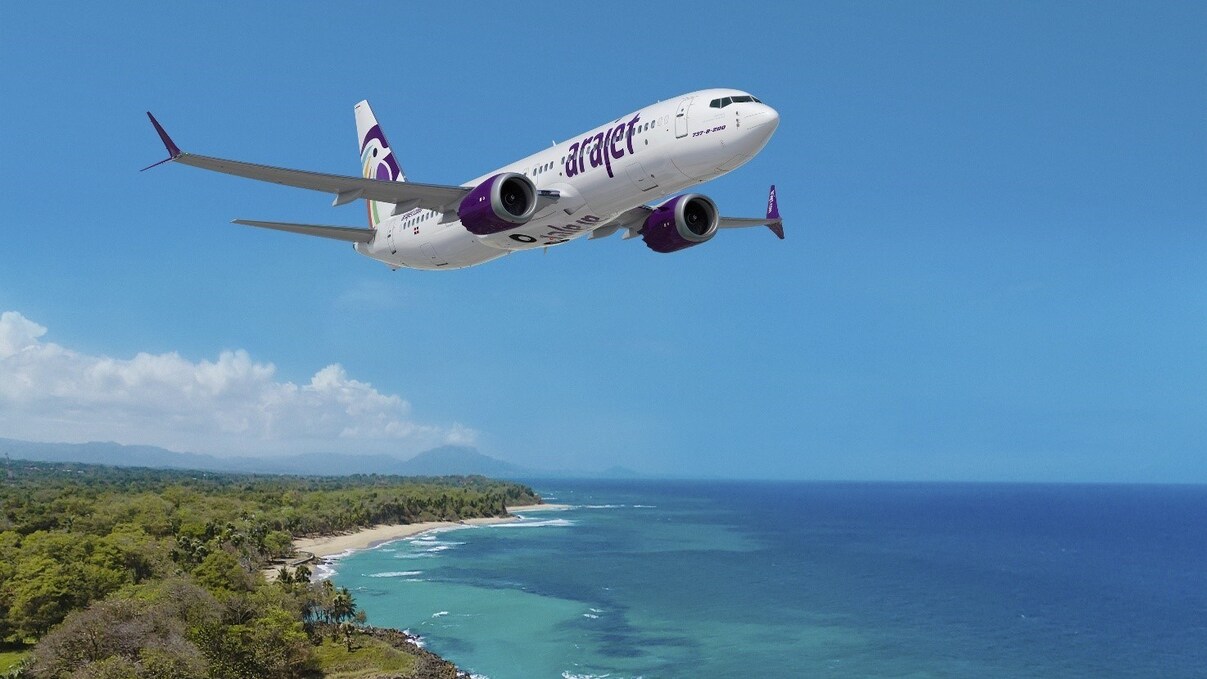 LONDON – AraJet, the Dominican Republic’s low-cost airline based in Santo Domingo, has announced that it will begin operations in Costa Rica. This company offers direct connections from Costa Rica to destinations in Latin America, the Caribbean, the United States and Canada.

The company started selling tickets last week for direct, short and comfortable flights from October and plans to operate five flights a week and expects to offer fares 30% to 60% lower than average of the market.

Like many ultra-low-cost airlines, which favour unserved routes, 11 of AraJet’s 13 main routes will have no direct competition. Booking data shows that the largest unserved route is San Jose, Costa Rica.

The airline is offering promotional round-trip flights on Mondays, Wednesdays, Thursdays, Fridays and Saturdays for just $149.This price includes taxes. The screenshot from the airline’s website says the fare to leave SJO on October 13 and return the next day is only $1 each way, plus $147 in taxes.

This fare is the “smart”, “convenient” and “extra” cost, $331.81 and $437.21, respectively, for travelers who want more airline-included fare services such as seat selection, carry-on baggage, online check-in, priority access and change in flights.

The company has invested $3 billion in the purchase of Boeing 737 MAX aircrafts. Each aircraft is equipped with environmentally sustainable features and the latest technology.

AraJet will start commercial operations with five units and plans to increase its capacity to 20 units.

Victor Pacheco, founder and CEO of AraJet, confirmed that the airline will celebrate “the rebirth of Dominican aviation”. They expect to carry seven million passengers a year for the next five years. We promised low prices and advertised low prices for our brand that we had never seen before in our country,” Pacheco said.

“This is the first step in the process of building the first strategic hub in the Caribbean that will improve connectivity between the Americas at the lowest prices. Additionally, beginning in September, we are beginning our mission to transform the Las Americas International Airport into a major aviation hub in Latin America.”

“I encourage Ticos to keep an eye out for the next plane ticket sale, so they can try our service and support us. We want to democratize flying. We don’t want it to be just for the wealthy. This airline has come to create a new travel opportunity for those for whom it is very pricey to travel,” Pacheco added.

As confirmed by the head of the airline, the company is finalizing its work permits in the country.

On the other hand, Pacheco noted that the opening of a new airline is essential to boost the sector which has been badly affected by the pandemic, and that the new connection is beneficial for entrepreneurs looking for business opportunities.

This is great news for travelers as they will have more choices of airlines and routes. It would also be a great alternative to travel to Latin America and the Caribbean, at reasonably low costs.

Great challenge for US airlines

With the latest new Boeing 737 MAX aircraft to be used by AraJet, when this competition enters the local market with such high levels of agglomeration and has the capacity to handle high passenger traffic, there is no doubt that it will reflect in the lower price cost.

This was stated by the interim director of the Dominican Civil Aviation Institute (IDAC), Hector Porcella, who said that the new operations would be a great challenge for the major U.S. airlines operating in the country, such as American Airlines, JetBlue, Delta, United Airlines and Spirit, which will have to adjust their business scheme.

The official explained that the investment made by AraJet is very important, after noting that the cost of an aircraft that will work is between 80 and 100 million US dollars.

Porcella said the airlines plan to start operating this August with five planes at the end of this year, and over the next five years they will have a fleet of 45 planes.

“Gentlemen, we’re talking about investing over $1 billion in aircrafts alone, not including fuel, operational expenses and other economic items,” he said.

The President of IDAC said that civil aviation goes hand in hand with the development of tourism and, in this regard, the institution has provided in its current management all the facilities of bureaucratic procedures so that new airlines can be accredited as soon as possible.

In October, AraJet will add flights to Toronto and Montreal in Canada; Medellin and Bogota in Colombia; San Jose in Costa Rica; and Kingston in Jamaica.

Through this it will establish a strong route network of 20 destinations in 12 countries within the first 3 months of its operations. The Latin America airline also plans to add additional flights to the United States in the near future.