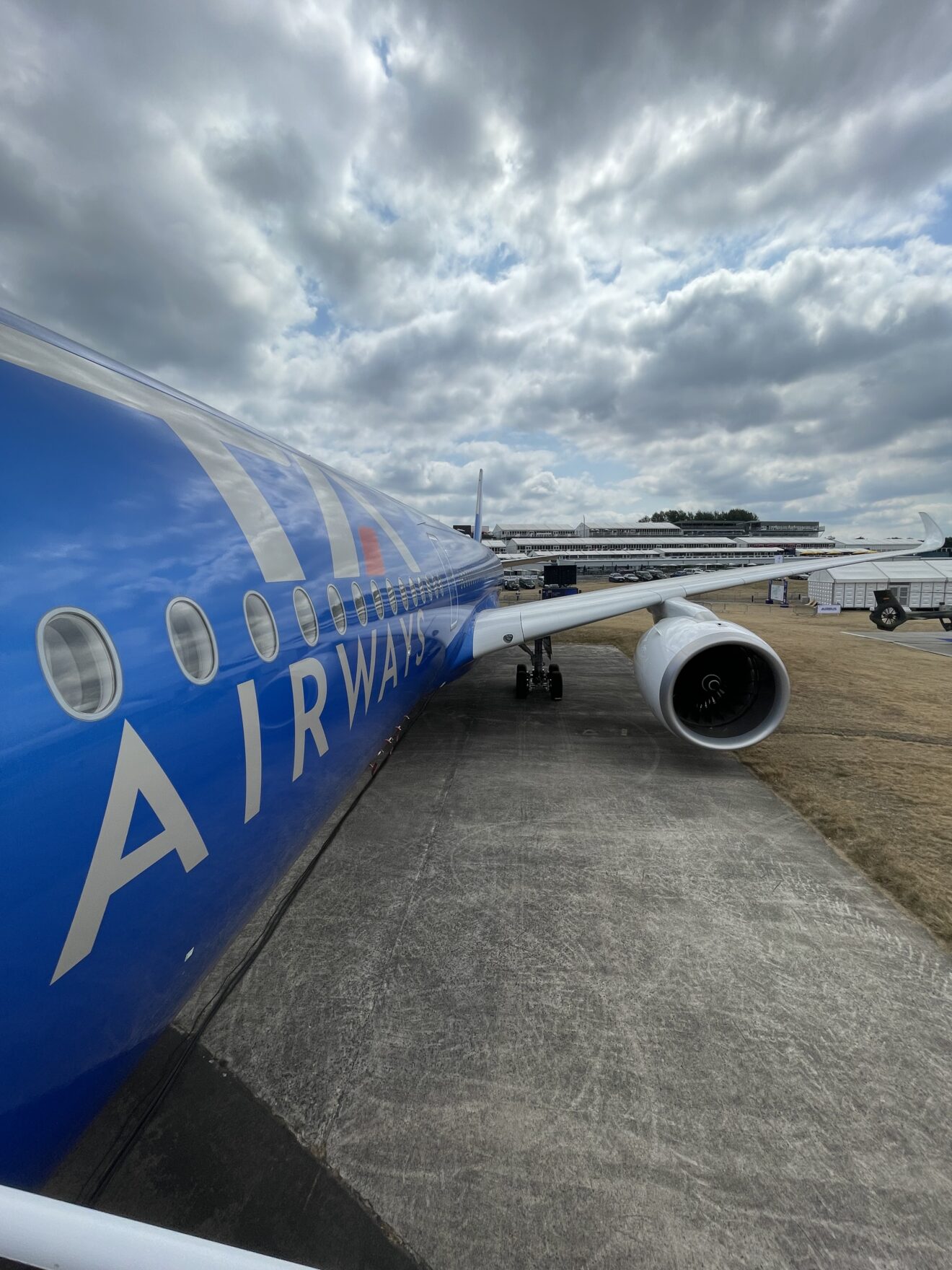 LONDON – ITA Airways’ Airbus A350-900 did an epic fly-past at the Italian Grand Prix yesterday, but offered a sustainability-based twist through fuel provider Eni.

The Airbus A350 blazed the trail for the Frecce Tricolori immediately after the national anthem was played at the Grand Prix, with it being powered by 20% SAF.

This SAF contained a biogenic component, which will be part of Eni’s strategy to produce 150,000 tonnes per year of fuel by 2024, meeting the potential blending requirement for the Italian market by 2025.

Eni said the following in a statement about this blend of SAF with ITA Airways:

“In October 2021, the first 10 flights of ITA Airways used the first production of Jet fuel + Eni SAF (fuel blended with a minimal 0.5% component of renewable raw materials), and subsequently, an agreement between the two companies allowed two routes, Rome-Venice and Rome-Barcelona, to be supplied by this product throughout 2022.”

“ITA Airways and Eni intend to pioneer innovation in air transport, and the symbolic Airbus flight dedicated to Enzo Ferrari is a perfect showcase of the two companies’ strategic path towards innovation and sustainability.”

The biogenic component in question is made out of waste raw materials, animal fats, and used vegetable oils being held at Eni’s Gela biorefinery.

The airline took delivery of the first of its seven A350s back in May 2022.

The airline has set its course to equip its fleets with long-range aircraft to capture a sizable share of the upcoming summer season.

The new Airbus A350 aircraft, leased from ALAFCO, landed at Rome Fiumicino Airport in Italy on the evening of 11th May 2022.

The new ITA Airways A350 has been configured in two cabin classes with 33 full flatbed business class seats and 301 economy class seats, bringing the total capacity to 334.

ITA Airways will be deploying a new A350 on the airline’s new long-haul destinations to Los Angeles, Buenos Aires, and São Paulo starting from June 2022, with the aim to capture sizable summer season traffic, which the airline is predicting after harsh pandemic years that have hampered the international travel.

The new Italian carrier placed an order for a total of 28 aircraft with principal producer Airbus in early December 2021.

With reports from Airbus, the manufacturer has also mentioned that ITA has already leased 50 next-gen Airbus aircraft, which include six Airbus A350s, which will help ITA in its fleet modernization initiative.

In April this year, ITA’s Airbus A350-900 did its preliminary flight at Toulouse, France, the Airbus Industries headquarter. The aircraft is painted in blue color with distinctive ITA livery and branding.

The new Airbus A350 is destined to give a long-haul operational strategy of ITA, which will help the airline to re-establish its presence in the international market in the North and South American continent, where the first deployment is scheduled to take from June 2022.

The new Airbus A350 has been designed with the most cutting-edge aerodynamics, ultramodern technology, and fuel-efficient Rolls-Royce Trent XWB engines, allowing operators to reduce fuel consumption and carbon footprint.