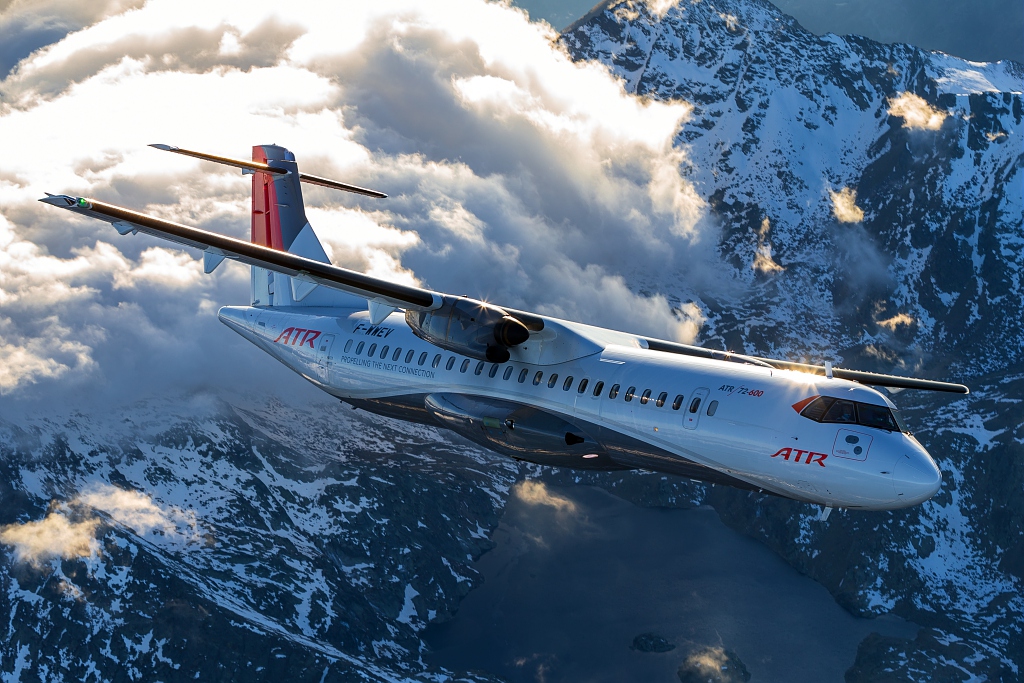 LONDON – The European regional turboprop manufacturer has made a bold statement on the possible demand for new regional turboprops. ATR stated that aircraft replacement is the key factor for deliveries, followed by route creation and regional connectivity, and a pent-up demand in e-commerce and the use of the aircraft in a freighter capacity.

ATR is one of the worlds leading regional aircraft manufacturers and is predicting that in the next 2 decades, at least 2,450 turboprop aircraft will be demand globally. There are many variables which influence ATR to make such comments.

One of which includes the growing need for regional airports especially in Europe to meet lower emissions targets. This puts ATRs at an advantage due to their environmentally friendly nature.

ATR released in one of its recently released reports showing that between 2022 to 2041 will show a strong and significant return and robust growth for the industry after two years of being hammered by the pandemic.

Fabrice Vautier, SVP Commercial at ATR says: “The forecast demonstrates that essential connectivity is needed both for emerging and mature markets now and in the future.”

“The biggest driver of demand is airlines modernising their fleets to meet the highest environmental standards while making air transport accessible to all. Replacements will account for seven out of ten new aircraft, the remainder will be deployed to enhance regional mobility and connectivity through new routes.”

At the time of writing, approximately 40% of regional passenger fleets are made up of turboprop aircraft. This number in the future, however, will drastically change as demand for regional services increases.

ATR predicts that the fleet of regional passenger aircraft with at least a carrying capacity of 30 seats will grow from 1,950 in 2022 to 2,660 in 2041. This is an increase of around 36 per cent. Asia Pacific, China and Latin America will witness the biggest increases.

Moreover, ATR’s report also sees growing importance placed on the role of freight traffic or air cargo. Air cargo has been the lifeline for many operators worldwide. For the past 2 years, due to the pandemic, and also the growing role of logistics and e-commerce in today’s highly digitalised society.

ATR stated that 95% of the regional freighter fleet will be flown by turboprops rather than jets. This allows ATR, which is already a world leader in turboprops, to take advantage of this segment.

The worldwide fleet of turboprop freighters is slated to grow significantly from 380 in 2021 to 550 in 2041 – this represents a 45% increase. Freighter traffic will be strong in these regions: South East Asia, China and Latin America.

This is due to the strong rise in the middle class and the expansion of e-logistics and the expectations for fast delivery times. The race to become carbon neutral is one of the factors favouring the demand for turboprops.

With increasing pressure from regulatory bodies for fuel-efficient planes and demanding tougher regulations on carbon emissions, ATR certainly makes the best case for using their aircraft.

Turboprops are resilient in navigating through times of high oil prices and growing carbon taxation, growth in shorter flights,  due to their lower operational costs. Turboprops, in general, are more environmentally friendlier than jet aircraft.

Had turboprops replaced regional jets in Europe, there would be an equivalent of carbon dioxide being removed by a forest of around 5000km2.