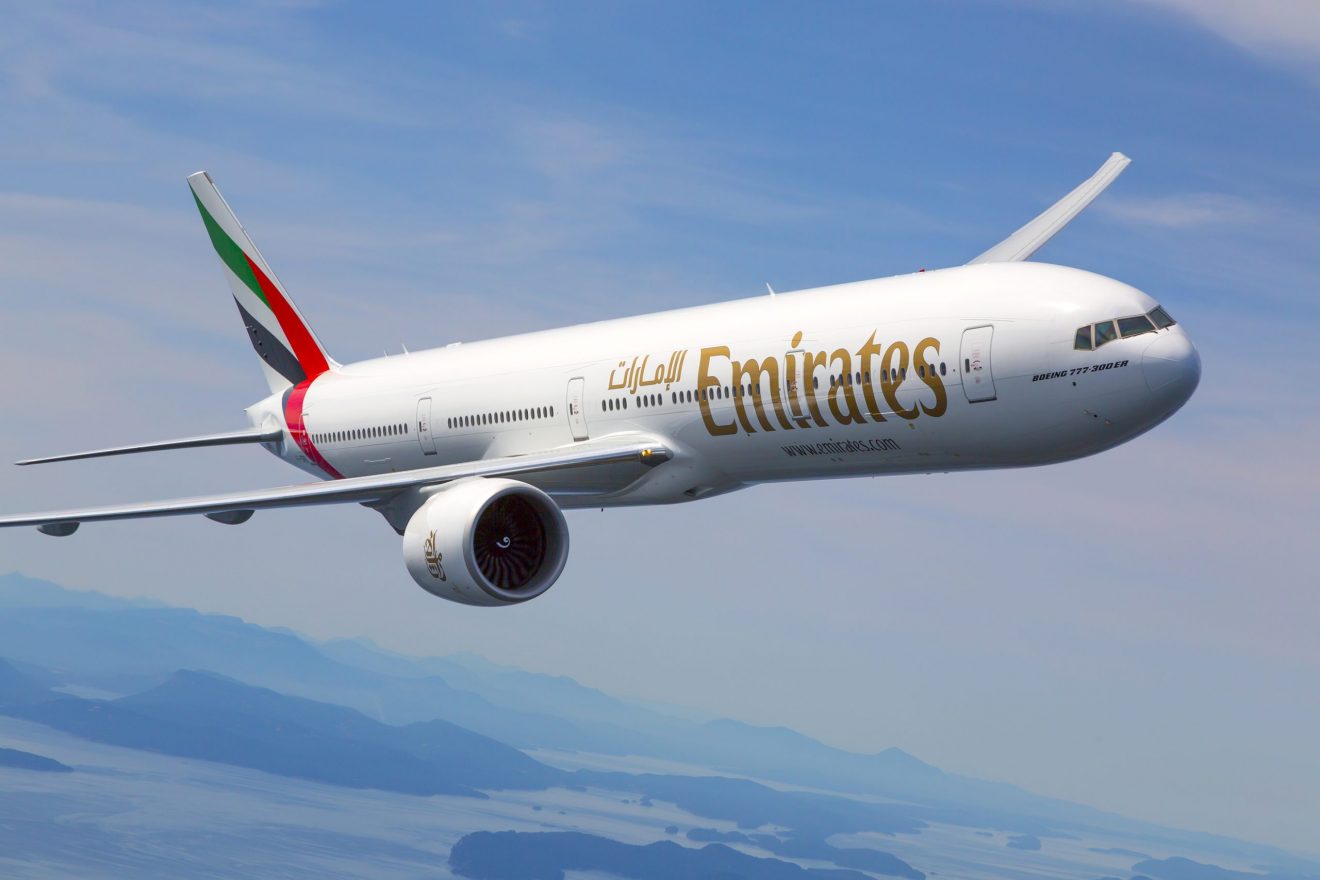 LONDON – Sometimes it’s necessary to be realistic and not plead lost causes. Emirates will have to make the so-called examination of conscience after posting a record loss of US$4 billion which will lead to an inescapable change of strategy. The condition is generalized for all Full-Service Carriers (FSC), although Emirates is the emblem of a very expensive apparatus which in a post-pandemic scenario will turn out to be unsustainable, even considering the cash flows that have guaranteed Emirates a privileged position so far.

The Dubai-based airline counts on hundreds of Airbus A380s that many other carriers have waved off. However, the data to consider is not the withdrawal of the airliner from fleets around the world, but the inconceivable number of Emirates’ double-decker aircraft in a post-pandemic recovery. In light of this, it’s evident that losses posted by Emirates in 2020 aren’t solely attributable to the pandemic, but also to the inefficiency of its fleet: 119 (+3 on order) Airbus A380s, 124 B777-300ERs, and a dozen of B777-200LRs. It’s enough to look at financial results of the past years: in 2015 Emirates posted a Net Profit of US$1,992 million, in 2018 the figure decreased to US$280 million. Something went wrong before the COVID-19 plague.

In 2019 Emirates president Sir Tim Clark gave an interview to AirlineRatings commenting on Air France’s choice to retire all A380s (Spaeth, 2019), saying: “If you’ve got a sub fleet of 10 it’s a bloody nightmare and the costs go through the roof. But if you got a hundred of them it’s a bit different. Your unit costs in operating with that number are a lot lower than having just ten. Secondly, look at their interior. What did they actually do to shock and awe their market community with that A380 when it came to market?”

“Why was it that it was Emirates, who took it after Singapore Airlines, that it lit up the planet in terms of showers and bars and big TV screens? We did it for a very well-calculated reason. Not to blow our trumpet. But simply we had taken a huge risk and huge investment. To belittle that investment by putting in a Business Class seat of 1990s-think and a First Class of 1980s-think and Economy Class seating and IFE of 1990s-think was not something we would have done, like Air France.”

Qantas has announced the resumption of A380 flights in 2022 with five units, the seven remaining aircraft are mothballed until early 2024 (Dowling, 2021). However, the airline’s plans may change in the coming months. On the one hand, Qantas could resume flights with the A380 because it has no other aircraft with a similar capacity in terms of ASK: it never had B777s and retired all B747-400s in 2020 (including the rare ER version). The largest wide-body aircraft in the fleet is therefore the B787-9. On the other hand, the Australian airline could resume operations with the double-decker and then replace it with its natural heir, the Airbus A350, chosen for the Project Sunrise which aims to connect London, New York, and Paris to Sydney and Melbourne by direct flights.

Also, nonstop routes between Europe and the Eastern Hemisphere could be a threat to Dubai which risks losing its role as a connecting hub between East and West, while it has been suffering a slowed growth since the drop in oil prices of 2015 (Tarver, 2021). Nevertheless, most of Dubai’s GDP is non-oil-based. So far oil has accounted for less than 1% of Dubai’s GDP and tourism produces 20% of the GDP. Consequently, during the pandemic, transport and storage activity plummeted by 28.3%, pulling the Emirate’s economy down by 3.6%. Despite the drastic decline, over the same period, transport and storage have highly contributed to making up 10.3 percentage points of the region’s economy (Government of Dubai, 2020).

Emirates’ mandatory change of pace is axiomatic from the dire economic data. As Cirium reports, in May 2021 Emirates recorded a load factor of 38.5%. Worse than Dubai’s airline, Singapore SIA which, in the same month, registered a load factor of 14.9%. By comparison, Lufthansa had 46% and Delta a crazy 70.9% (Cirium, 2021).

It’s clear the sustainability of an airline can’t be conceived on state aid. In the case of Emirates, the budget gaps have been constantly covered by the huge financial availability of a country with a diversified economy but still extremely reliant on oil.

Emirates is in danger of dying out, moving from the massive airline that flies the largest planes in the world with an excellent flight experience, to an airline that flies, like all others, medium-sized aircraft with a decimated travel experience. One pre-pandemic sign of Emirates’ reform was the reduction of first-class seats or their total removal as happened on the 777-200LR. Then the agreement was reached in 2019 with Airbus to reduce the A380 order book by 39 aircraft and go instead for 50 Airbus A350s (initially 40 A330neos and 30 A350s) (Casey, 2019).

The airline is now struggling to find a fresh identity. To the problems of the current fleet is added the question of the 777X which probably has become an out-of-time aircraft. The conversion of commercial aviation to a sustainable model has been accelerated by the pandemic, but it hasn’t begun a year ago. And sustainability doesn’t only refer to the environmental impact of the industry. Broadly speaking, the term describes aviation that gives up the too opulent, too big, and too expensive.

On the 777X, the basic scenario of aviation intelligence company IBA was disregarded, and the aircraft is now trapped in a pessimistic situation.

In the basic scenario, IBA envisaged “all orders in the backlog would be fulfilled.” It’s not happening! In the worst-case, the aviation agency expected “one-fifth of Boeing 777X orders to be either converted to other models or canceled. This is mainly due to airlines being desperate to ameliorate their balance sheets by removing their order burdens to help them survive the aftermath of Covid.”

In order to examine which airlines are likely to place orders for Boeing 777Xs in the future, from an operational perspective, IBA considered airlines having “any existing B777X orders or orders from competitive models such as the A350 and B787.” And “whether the airline operates B777 family aircraft or has any A380s or B747s in its current fleet” (Zhou, 2020).

But today the size of the 777 makes it difficult for operators to fly profitably in the secondary market, and the introduction of the 777X could result in the continuation of the current oversupply situation.

Air New Zealand has recently announced that it will gradually replace all of its Boeing 777-300ER with the B787-10 (Flynn, 2021). Although the Kiwi airline doesn’t appear in the IBA charts, the aviation agency highlighted that carriers with 777s were more likely to buy Boeing’s new jet.

As a closing note, Emirates has launched a formidable marketing campaign “We’re on top of the world”. The video of the cabin crew member in full uniform standing on the highest point of the Burj Khalifa went viral in no time (Kemble, 2021). The above-the-line campaign shows the great creativity of a marketing team, but it should also suggest the need to stay over the top (…828 meters above the ground). Any company that launches an expensive marketing campaign typically needs exposure, and probably what Emirates has lost and is trying to recover.

Spaeth, A. (2019). Emirates’ Tim Clark Slams Airlines Over Poor Use of A380. AirlineRatings. https://www.airlineratings.com/news/emirates-tim-clark-slams-airlines-poor-use-a380/

Tarver, E. (2021). Why the Price of Crude Oil Dropped in 2015. Investopedia. https://www.investopedia.com/articles/investing/102215/4-reasons-why-price-crude-oil-dropped.asp