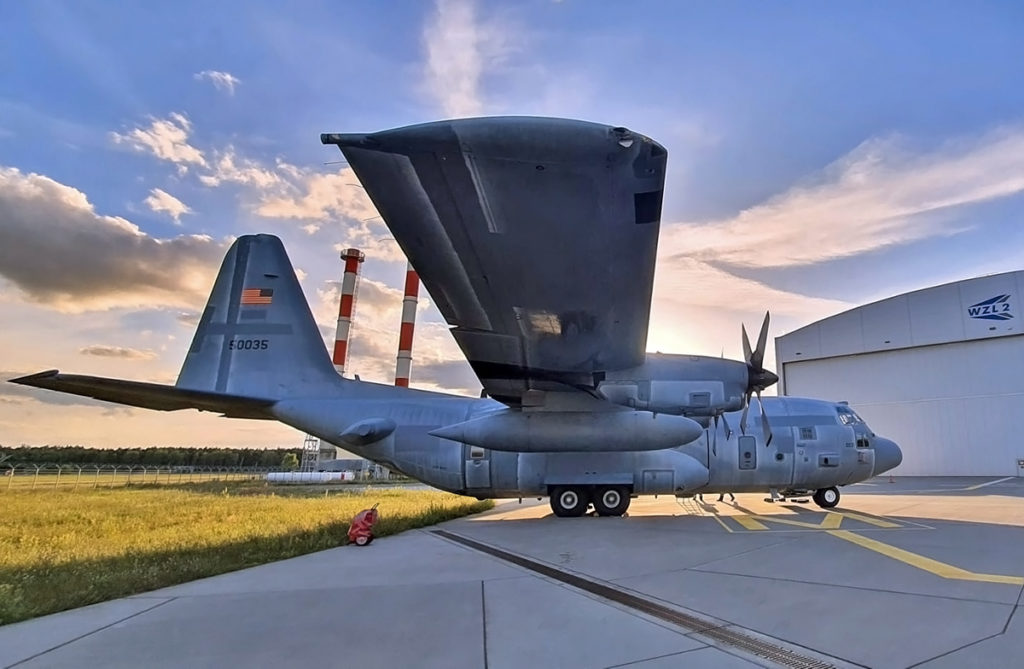 According to declarations by Polish MoD and the Armament Agency, the aircraft was to be delivered to Bydgoszcz by the end of this week. In the end, the aircraft flew the day after the information about the initiation of deliveries of C-130’s of this type.

At WZL2., the aircraft will undergo a PDM periodic inspection before being put into service – a relevant agreement between the contractor and units of the Support Inspectorate was concluded on June 15 this year.

An intergovernmental agreement regarding the acquisition of five C-130H Hercules was signed in April 2021. Under it, the Polish Ministry of Defense paid $14.3 million for the decommissioning and ferrying to Poland. All C-130’s were ordered by the U.S. Department of Defense in 1985 and were in service until 2017.

In the United States, the first Polish C-130H Hercules carried the registration 85-0035. Currently, there is no information as to what registration will be given in Poland – it seems sensible to continue the numbering initiated with the first C-130E, that is, one can expect to place the registration number 1509 on the tail.

Unfortunately, according to Polish media ZBiAM and available information, there are no plans to modify the acquired aircraft outside of PDM, despite the fact that there are kits on the market to improve the characteristics of the propulsion system or on-board equipment.

Currently, the Polish Air Force has five older C-130 E version aircraft, which are manufactured in the late1960s and early 1970s. According to the announcement, they may be replaced by newer C-130H’s.

The design of the C-130H Hercules allows it to transport a wide range of cargo – from helicopters and armored vehicles to standard palletized cargo and soldiers.

On board the machine there is room for a crew of 4-5 people, including two pilots, a navigator, a flight engineer and a loadmaster. In addition, it can carry up to 92 soldiers, 64 paratroopers or 74 patients on stretchers and two medical personnel.

WZL2 has expanded cooperation with Lockheed

Wojskowe Zakłady Lotnicze No. 2 has expanded its cooperation with Lockheed Martin by signing a new contract for service support in the maintenance and modification of the Polish Air Force’s (PLF) C-130 Hercules transport fleet.

The PLF will be shortly operating a mixed fleet of C-130E and C-130H aircraft. The new contract is based on a Memorandum of Understanding (MoU) signed last year by PGZ and Lockheed Martin.

The agreement follows a similar commitment to operate and support Lockheed Martin F-16 multirole fighters signed by Military Aircraft Plant No. 2 and Lockheed Martin in June 2021.