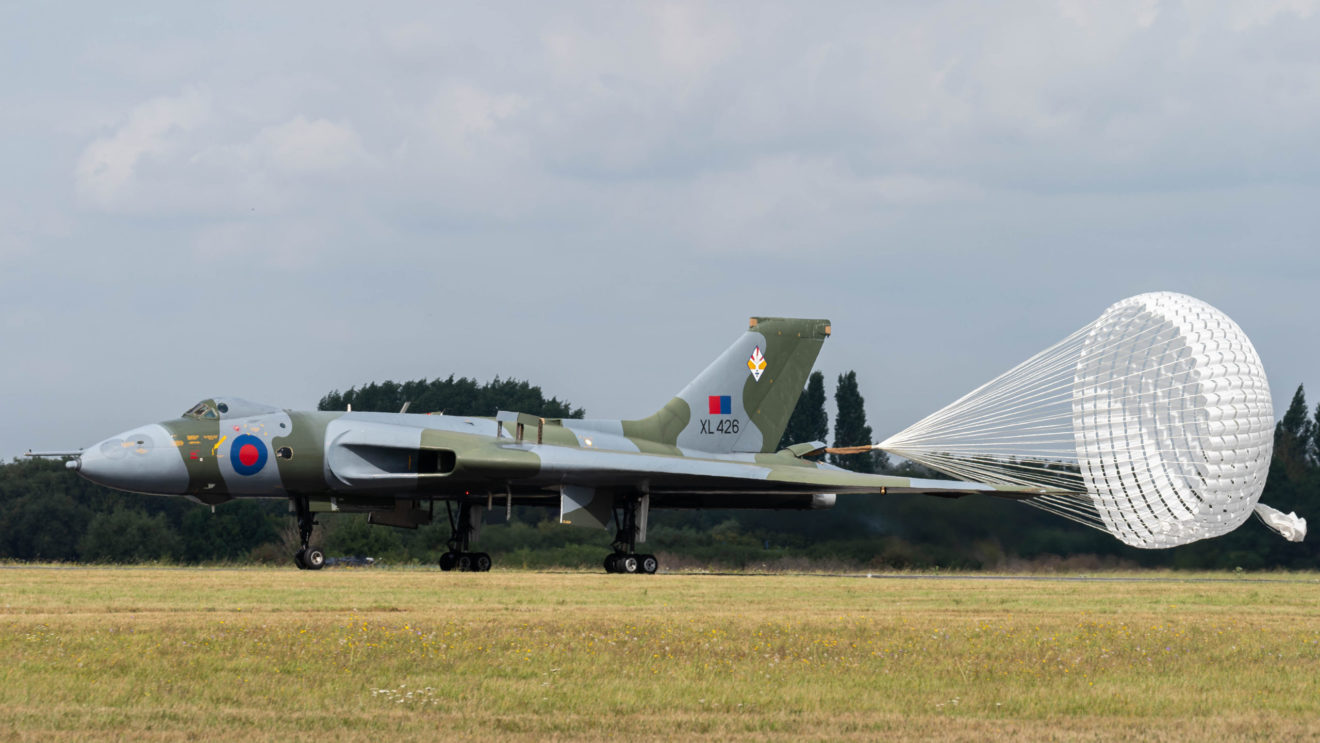 LONDON – The iconic British fighter aircraft ‘Aero Vulcan XH558’ has set the deadline to leave its current base at Doncaster Sheffield Airport in Yorkshire by the year 2025, thus bringing the glorious era to the scorching end and has set the course for its next journey.

The Aero Vulcan XH558, which has been a part of a fleet that played a vital role in 10 weeks Falklands War in 1982, has been stored at Doncaster International Airport from 2011 until its active service ended in 2015.

The charity that has been devoting itself to the restoration and return to flight was renting the hanger at Doncaster Sheffield Airport, however, an unsuccessful fundraising campaign has forced the charity to vacate the hanger at DSA and thus the Vulcan XH558 is set to depart to its new home at the museum in RAF Finningley.

Having moved to DSA in 2011, XH558 has put up a spectacular display with its fly past and manoeuvres for millions of supporters over the year.

Comments From the Chair of Trustees John Sharman

Speaking on this heartfelt news, Chair of Trustees, John Sharman said: “We are extremely sad to hear the news regarding the strategic review of DSA and our thoughts are with the staff there who will no doubt be concerned about their futures. Our current agreement for parking our aircraft at DSA, together with access for our staff, volunteers, and visitors, runs until June 2023, and prior to the news about the future of DSA we had been told that the agreement would not be renewed and therefore would have to leave the site at that time.”

Mr John Sharman added from his effort journey that “Since the aircraft was grounded in 2015, we have been working to build her the type of home that befits such an iconic piece of aviation history. Sadly, our latest fundraising appeal didn’t bring in the money needed to build a hanger and DSA has confirmed that she can only stay where she is until June 2023. Having sought assurance from the airport, we have established that their announcement doesn’t affect our timeline for leaving the airport.”

With the news came as a blow to the trust, the VTST is rigorously exploring potential options for Vulcan XH558’s news home with options ranging from a short ferry flight to a new location thus enabling its safety and maintaining an intact airframe, or dismantling and moving the aircraft to a new location and rebuild it there with a permanent home for the XH558.

Adding his views on the options presented, Mr John Sharman said that “The options for one-off flight demonstrates that the VTST are exploring every option. We are always told that we would not get approval for her to fly again by the CAA, however, we are now in discussion with them to explore any potential way forward if this might be an option, it’s not one that we can ignore.”

Sharman further added: “As soon as we knew that our future was likely to be away from DSA, we began the process of finding a safe and permanent home for XH558- an important heritage aviation asset.”

“We are working on two potential sites where we know we can protect her for decades to come and deliver on Robert Pleming’s vision of telling the Cold War story and the role of the V-Force and inspiring youngsters to pursue meaningful and productive careers in engineering.”