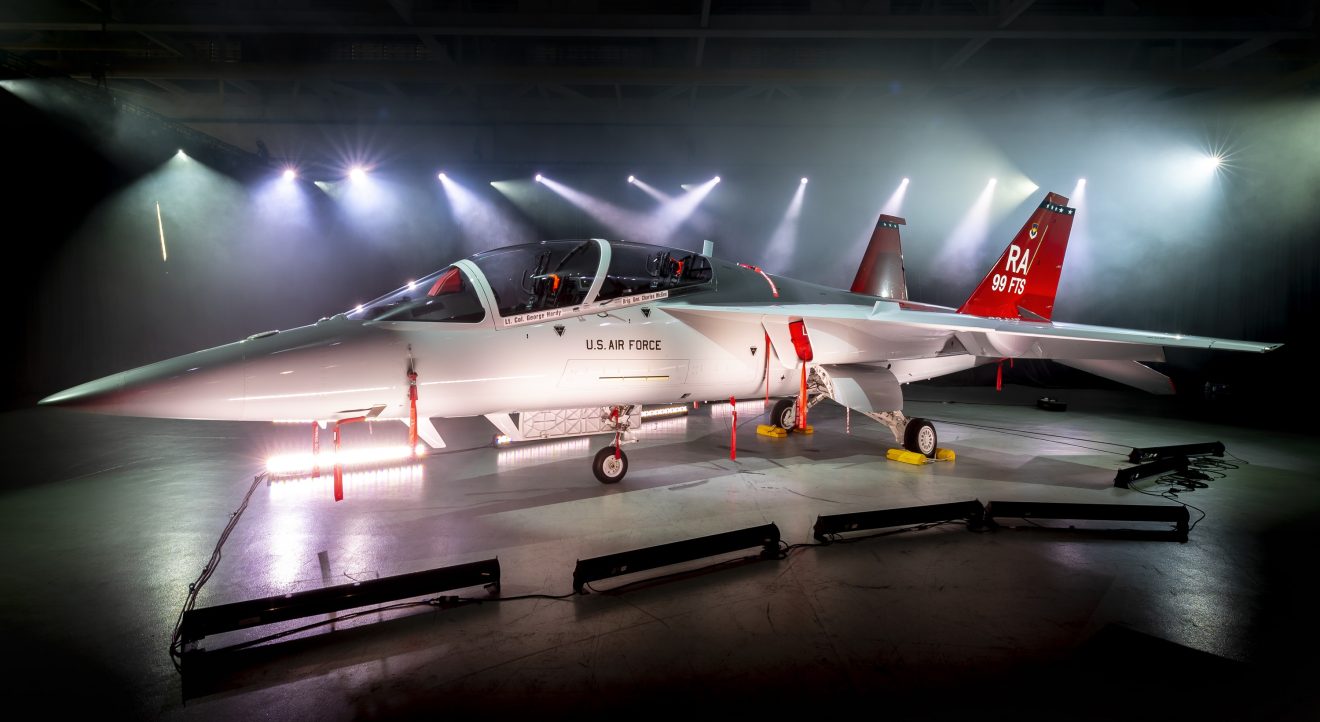 LONDON – Boeing has revealed the first T-7A Red Hawk, which will be delivered to the U.S. Air Force (USAF) in due course. The aircraft is a collaboration between Boeing and Saab.

The program is expected to cost up to $9.2 billion. The first T-7A is due to arrive at Joint Base San Antonio- Randolph next year.

“This aircraft is a tangible example of how Boeing, its suppliers, and partners are leading the digital engineering revolution. T-7A will prepare pilots for future missions for decades to come.”

The livery is in honour of the Tuskegee Airmen from World War II. They formed the first African-American aviation unit to serve in the U.S. Military.

“The Tuskegee Airmen are one of the most celebrated units in our Air Force history, and the  T-7A honors the bravery and skill of these trailblazers, said Gen. Charles Q. Brown, Jr., Chief of Staff of the Air Force.

“Like the Airmen, they were named and painted to pay homage to, the T-7A Red Hawks break down the barriers of flight.”

“These digitally-engineered aircraft will make it possible for a diverse cross-section of future fighter and bomber pilots to be trained, and provide an advanced training system and capabilities that will meet the demands of today’s and tomorrow’s national security environment.”

The T-7A program will remain with Boeing at their St. Louis facility, where Aircraft testing and final production are being undertaken. Saab are building the rear section of the aircraft in their facility in West Lafayette, Indiana.

Boeing envision the T-7A could be adapted to other roles in the future, including aggressor, light attack and flighter variants.