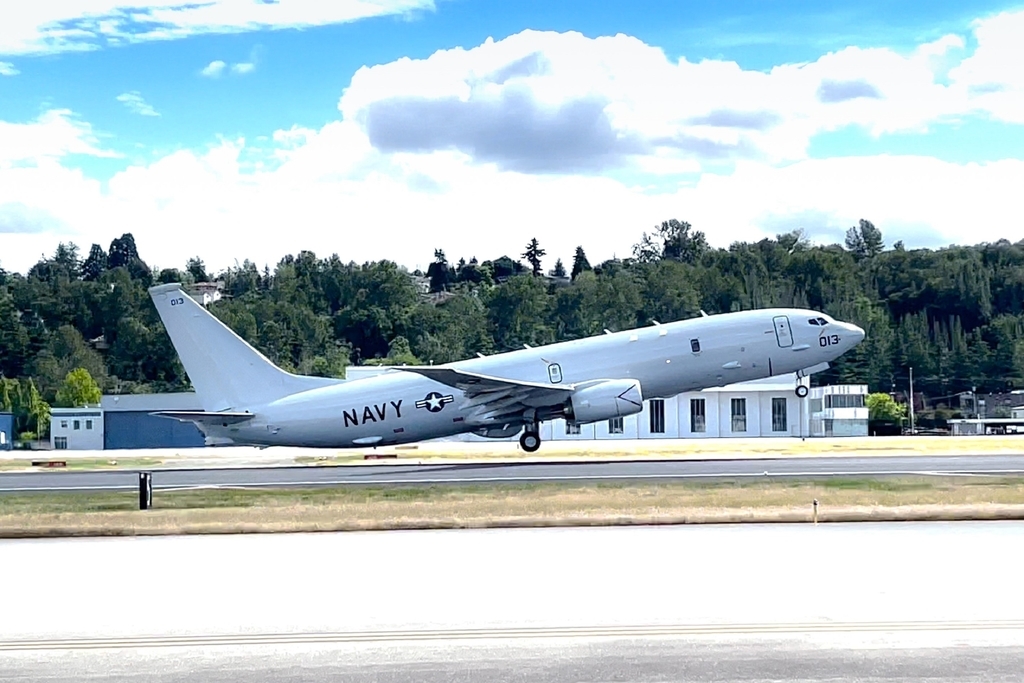 LONDON – The newest Boeing P-8 maritime patrol, reconnaissance aircraft took to the skies over Puget Sound bringing the total number of P-8s delivered to 150. The 150th multi-mission P-8 will be operated by Air Test and Evaluation Squadron (VX) One based at Naval Air Station Patuxent River, Maryland.

It’s worth to add that first deliveries to New Zealand, Korea and Germany scheduled for 2022, 2023 and 2024 respectively.

There are now 150 P-8s around the world delivering confidence and an unmatched capability to our global customers. Our focus has been, and will be, on delivering the world’s best maritime patrol aircraft

Amassing more than 450,000 mishap-free flight hours, the global P-8 fleet includes 112 aircraft delivered to the U.S. Navy, 12 to Australia, 12 to India, nine to the United Kingdom and five to Norway. The aircraft are designed for anti-submarine warfare; anti-surface warfare; intelligence, surveillance and reconnaissance and search and rescue.

The 150 P-8s in service do not include six test aircraft provided to the U.S. Navy during the initial stages of the program. Boeing tested those aircraft during development to assess capabilities and performance.

The P-8 is a collaboration between Boeing Commercial Airplanes and Defense, Space & Security. The Boeing teams work together from start to finish to bring this amazing aircraft to the warfighter.

Boeing’s P-8 training system provides comprehensive, realistic, aircrew training at a fraction of the cost of live aircraft training. The goal is to provide combat-ready air, mission and maintenance crews in support of all platform missions.

The Boeing P-8 is truly a multi-mission maritime patrol aircraft, excelling at anti-submarine warfare; anti-surface warfare; intelligence, surveillance and reconnaissance and search and rescue. The P-8 can fly higher (up to 41,000 ft) and get to the fight faster (490 knots).

Shorter transit times reduce the size of the Area of Probability when searching for submarines, surface vessels or search and rescue survivors. P-8 is also designed for low altitude missions and has already proven its abilities supporting humanitarian and search and rescue missions.

A proven system with 150 aircraft in service the P-8 has executed around 450,000 mishap free flight-hours around the globe. The P-8 has two variants: The P-8I, flown by the Indian Navy, and the P-8A Poseidon flown by the U.S. Navy, the United Kingdom’s Royal Air Force, Royal Australian Air Force and Royal Norwegian Air Force.

Militaries that have selected the P-8 include the Royal New Zealand Air Force, Republic of Korea Navy and German Navy. The P-8’s performance and reliability delivers confidence in an uncertain world — in any condition, anywhere, anytime.

The P-8 combines the most advanced weapon system in the world. It also offer the cost advantages of the most operated commercial airliner on the planet. The P-8 shares 86% commonality with the commercial 737NG, providing enormous supply chain economies of scale in production and support.

Boeing’s expertise in commercial fleet management and derivative aircraft sustainment provides customers with greater availability at a lower operational cost. The P-8 is engineered for 25 years/25,000 hours in the harshest maritime flight regimes, including extended operations in icing environments.