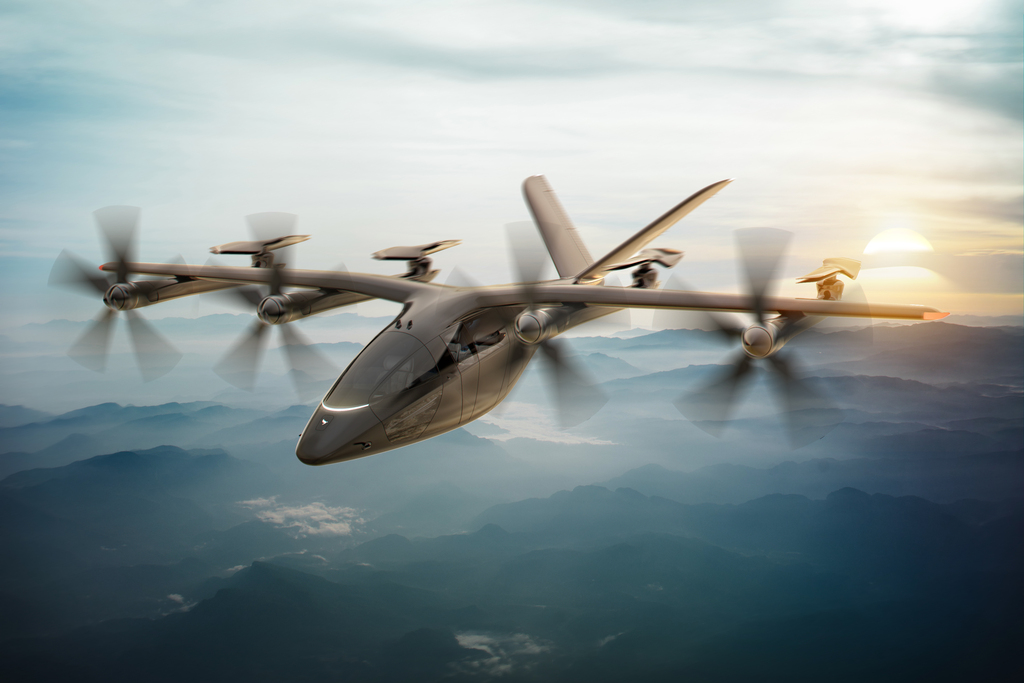 LONDON – Vertical Aerospace has announced its first half-year 2022 financial results, which have shown that the company is moving on the right track, with orders and profitability.

There have been many developments going on at Vertical Aerospace. The company is set to complete a full build of the full-scale VX4 Prototypes.

The Prototype is a part of the wider initiative for the company to conduct its initial flight programme. The company has numerous ground tests and has conducted is expected to begin its maiden ‘lift’ in the summer.

Vertical’s collaboration with another party such as Molicel, a firm pioneer in lithium-Ion cells production and is also supple of high-power, low impedance cylindrical type batter pack for the VX4 prototype.

Mike Flewitt, former Chief Executive Officer of McLaren Automotive Ltd and VP of Manufacturing of Ford Europe has been welcomed to Vertical’s leadership team and the board of Directors as an independent non-executive director.

Having an individual with a background in the automotive industry will benefit the eVTOL business, as there is some resemblance between cars and flying vehicles, in the sense of their size, business model and relatively simple operations.

Vertical also inked 50 new pre-orders for the VX4 prototype from FLYINGROUP business aviation operator, who have recently forged a new partnership with Babcock. This new partnership aims at the medevac business or medical services and evacuation/logistics aims to certify the VX4 for these missions.

Moreover, the prototype has also gained traction in the commercial airliner business, American Airlines has also made a pre-delivery payment for the first batch of the eVTOLs for 50 out of the 250 possible future orders, and 100 additional aircraft as purchase options.

Lastly, for the highlights, the VX4 has been gaining traction in the same SC-VTOL concurrent validation of the European Union Aviation Safety Agency (EASA) and the UK’s Civil Aviation Authority (CAA). The company believes that this process is to be smooth and sound.

The company has invested cash and manpower in the research & development, manufacturing, certification and marketing of the VX4 Prototype. The company, however, stood at a net operating loss of £39m for the first half of the year compared to a net loss of £22m for the same period in 2021. By the end of the 2nd quarter, the company has cash and cash equivalents of

£158m. This figure is significant as this enables the company to fund the operating expenses and capital expenditure for at least a year.

Despite a mediocre financial outlook, this year, Vertical Aerospace’s financial health and plans remain on track to be allocated in the second half of the year between  £40m and £50m.

Vertical Founder and CEO, Stephen Fitzpatrick, said with optimism and commented recently on the operational and financial highlights: “I am delighted to share that we have reached a critical engineering milestone by completing the build of our full-scale VX4 prototype, and we have now begun putting it through its paces for an intensive, multi-month flight test programme.”

“I am grateful for the efforts of our amazing team, and for our outstanding partners that have got us to this point as we continue to leverage their deep sector expertise to build, fly and industrialise our aircraft to revolutionise the way we travel.”

“In the last quarter, we have expanded our pre-order book to more than 1,400 and announced new VX4 applications in emergency medical services, cargo and business aviation, with Babcock and FLYINGGROUP.”

“We have also secured an industry first with American Airlines’ commitment to placing a pre-delivery payment for the delivery slots of their first 50 VX4s, out of a possible 350. The outlook for eVTOLs and Vertical has never looked better, and we look forward to providing our shareholders with more news on our piloted flight.”