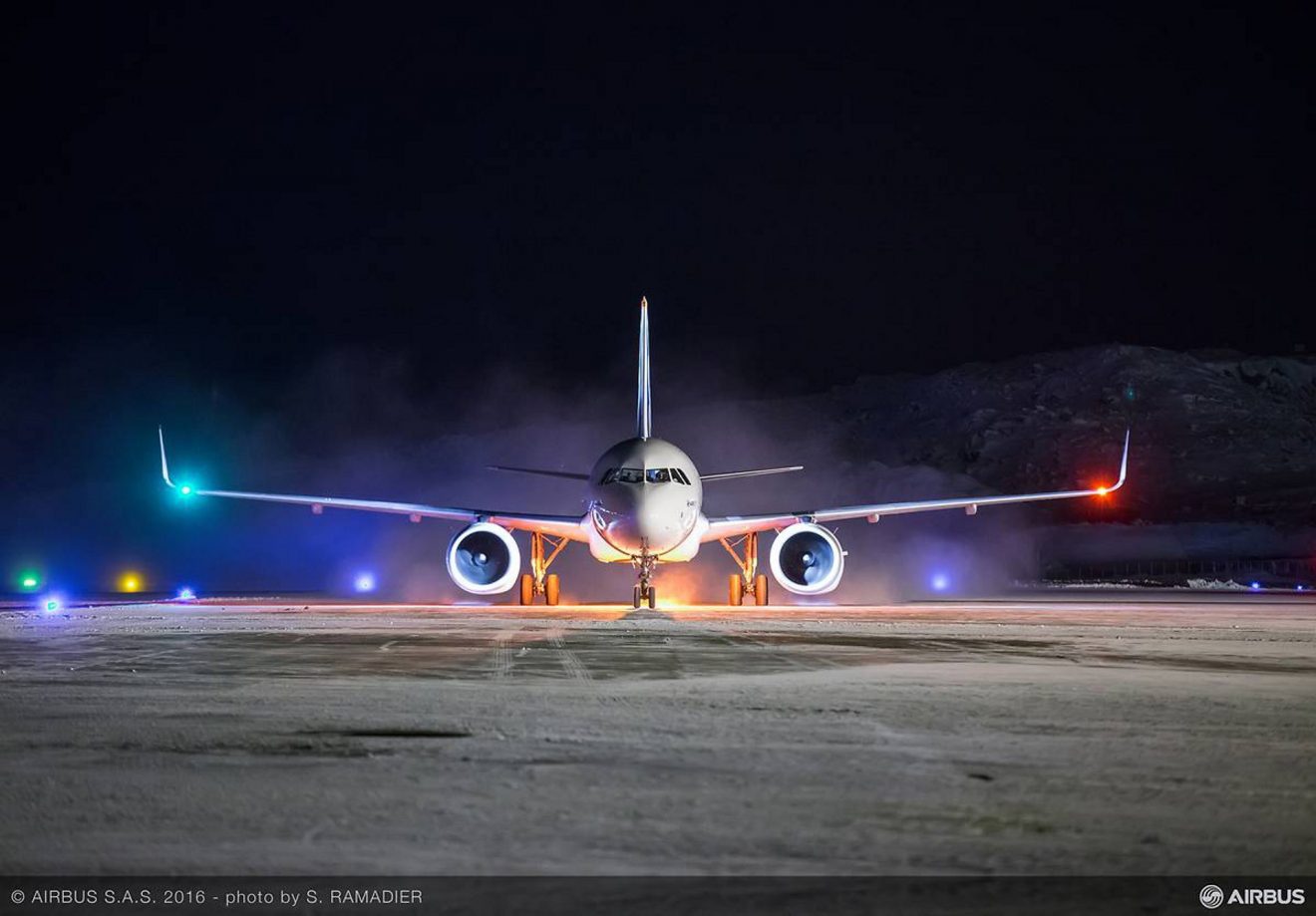 LONDON – January 2021 marked five years since the first Airbus A320neo has entered into commercial service. German carrier Lufthansa was the first to bring it into service having previously ordered 71 units of the type originally (Airbus, 2016).

This article will look at the A320neo as a project, including its milestones, its weaknesses, as well as where it is currently at now and going into the future.

We rewind to 15 years ago when Airbus initiated its Airbus A320 Enhanced program, which was designed to target improvements in efficiency by four to five per cent.

This was to be achieved with large winglets, which launched at the Dubai Air Show in 2009, to aerodynamic adjustments, savings in weight and a new aircraft cabin.

At the time, the-then sales chief for the manufacturer John Leahy hinted that such percentage savings may not be enough, “especially if another 10% improvement might be coming in the second half of the next decade based on new engine technology” (FlightGlobal, 2006).

Fast forward to 2010, and Airbus was slated to make its decision on the New Engine Option (neo) which was made on December 1. At that time, the manufacturer stated it aimed to deliver over 4,000 aircraft over a 15-year period, which is very on-track to do so.

Price tags at the time were announced to be around seven to eight million dollars more than the current generation A320s (ceo) (Hamilton, 2010). But Airbus was able to argue that the fuel-saving efficiencies, through engine contracts with CFM International for the LEAP-1A and the Pratt & Whitney PW1000G, that there would be savings of up to 16%, which would later prove to be cheaper than current CEO models.

July 1, 2014 was a historic day for the program as the first aircraft rolled out of the flight line in Toulouse, with the designation MSN6101, which was “equipped with extensive flight test instrumentation for handling qualities, performance and engine tests” etc. (Airbus, 2014).

On top of the fuel savings, Airbus pushed its sales campaign even further through the famous words of “Commonality” that the manufacturer now strives for across its entire portfolio of aircraft, which bade well with customers.

After a 14-month long test campaign, the first delivery occurred in January 2016, when it was delivered to launch customer Lufthansa. Whilst this was a major step for the program, it was noted amongst those in the industry that the delivery represented a delay due to the manufacturer saying “it would fall short of its pledge to deliver the first of its new narrow-body A320neo commercial jet by year-end” (Wall, 2015).

The production line got off to a slow start on the Airbus side, especially with Pratt & Whitney facing problems to do with ramping-up production, even after Airbus committed to 200 deliveries by the end of 2017.

As a result, the manufacturer had to announce plans to park around 30 engineless airframes around its facility, as it had to wait for “its latest final assembly line at Hamburg” to open the month after (Kaminski-Morrow, 2017).

The motion towards increasing production rates continued strongly into 2018, as the manufacturer wanted to seek “ways to accommodate the continued strong demand for the A320neo family” (AviationWeek, 2018).

In the same month that was revealed, “in-flight failures” with the PW1100G engine caused a “limited number of Airbus A320neo family aircraft to stop flying until they [were] fitted with spares” (Trimble, 2018). This of course would have put strain on the already existing supply line.

By April that same year, Airbus announced a lift in output to 63 aircraft a month by 2019, but again “one of Airbus’s leading engine suppliers declined to endorse the new production plan publicly, saying it was too early to make such a commitment amid a switchover between engine models taking place as assembly lines run at record speeds” (Reuters, 2018).

Even Safran CEO Philippe Petitcolin said at the time that they were “not in a position to commit” themselves to higher volumes (ibid). By June, engine supply was becoming more of a complicated issue for Airbus as it had “produced around 100 A320neo family aircraft by the end of June that will not be able to be delivered because they are awaiting engines” (AviationWeek, 2018a).

This ultimately resulted in Airbus missing its “delivery target for Pratt & Whitney-powered” jets, with the gap being between 30-40 aircraft, which could have opened up room for delivery penalties (Kotoky & Katz, 2018).

But, despite the issues, by October 2018, Airbus was able to deliver its 500th unit of the type, bringing forward some much needed confidence that the program was beginning to balance out (Field, 2018).

Its continued level of success between 2018 to January 2020 came at a good time in terms of its production infrastructure. Airbus was quite a way through the A380 deliveries, with the last ones due this year, so it announced that the A380 production line in Hamburg would be converted to a final assembly line for the A321neo by mid-2022 (Kaminski-Morrow, 2020).

With 5,822 aircraft still left to be delivered over the next decade, and 325.8 A320neos delivered every month on average (Aircraft delivered / five years), it only has to average around 237.1 units of the type every year to meet its original target of 4,000 aircraft in a 15-year period (Airbus, 2021). Which on current numbers, will be easily and successfully achieved.

With the A320neo Family taking a huge dominance over the likes of the Boeing 737 MAX, Airbus went back to the drawing board, even though it didn’t have to, to expand the project even further.

Whilst the manufacturer had been already working on the A321LR since 2014, with the first delivered to Arkia in 2018 (Kaminski-Morrow, 2018), the other of the two foci came to the A321XLR.

The A321XLR continued to expand on what had been learned from the A321LR, with the intention of a 2023 launch, taking on Boeing’s slow efforts towards the NMA program (Flottau & Norris, 2018).

When the program launched, the attention began to come in, particularly from the U.S when the likes of American Airlines ordered “no less than 50”, even if “30 of those were converted from already existing orders for the A321neo”, as well as United ordering 50, Qantas for 36, AirAsiaX for 30, Wizz Air for 20, 20 for Air Arabia as well as others (Ahlgren, 2020).

And these two programmes will remain the next focus for the manufacturer as we progress through this decade.

The COVID-19 pandemic has provided a benefit to the A321LR and XLR programmes in the sense that airlines will be wanting to make efficiencies but operating the same routes at the same time.

With the range similar to that of such long-haul routes, this could make the A320neo program more of a success to the point it could achieve between 8,000-10,000 orders program-wide.

Whilst the beginning of the A320neo program had a rocky start, it comes as no secret that other aircraft that have launched in the past decade or so have had the same issues.

As soon as a new product comes onto the market, of course demand will rise, and the orders will flow in. This has even been seen on the Boeing side with the 787 and the 737 MAX.

What we do know now is that the A320neo is tightly and strongly positioned in a place where it is going to succeed going into the next five to ten years, especially with the emergence of the LR and XLR.

With Boeing not making any clear plans as of yet regarding its next competitor, this means that Airbus can continue to plough ahead and continue to hold that market share they have had for a substantial period. 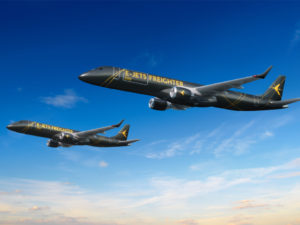 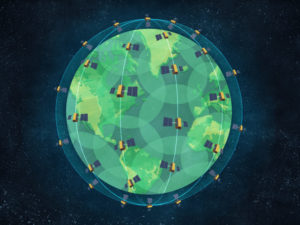 Australia and New Zealand open up Tran-Tasman Bubble
Did you pack your bag yourself? How questions prevented what could have been the UK’s deadliest air terror attack.
Comment