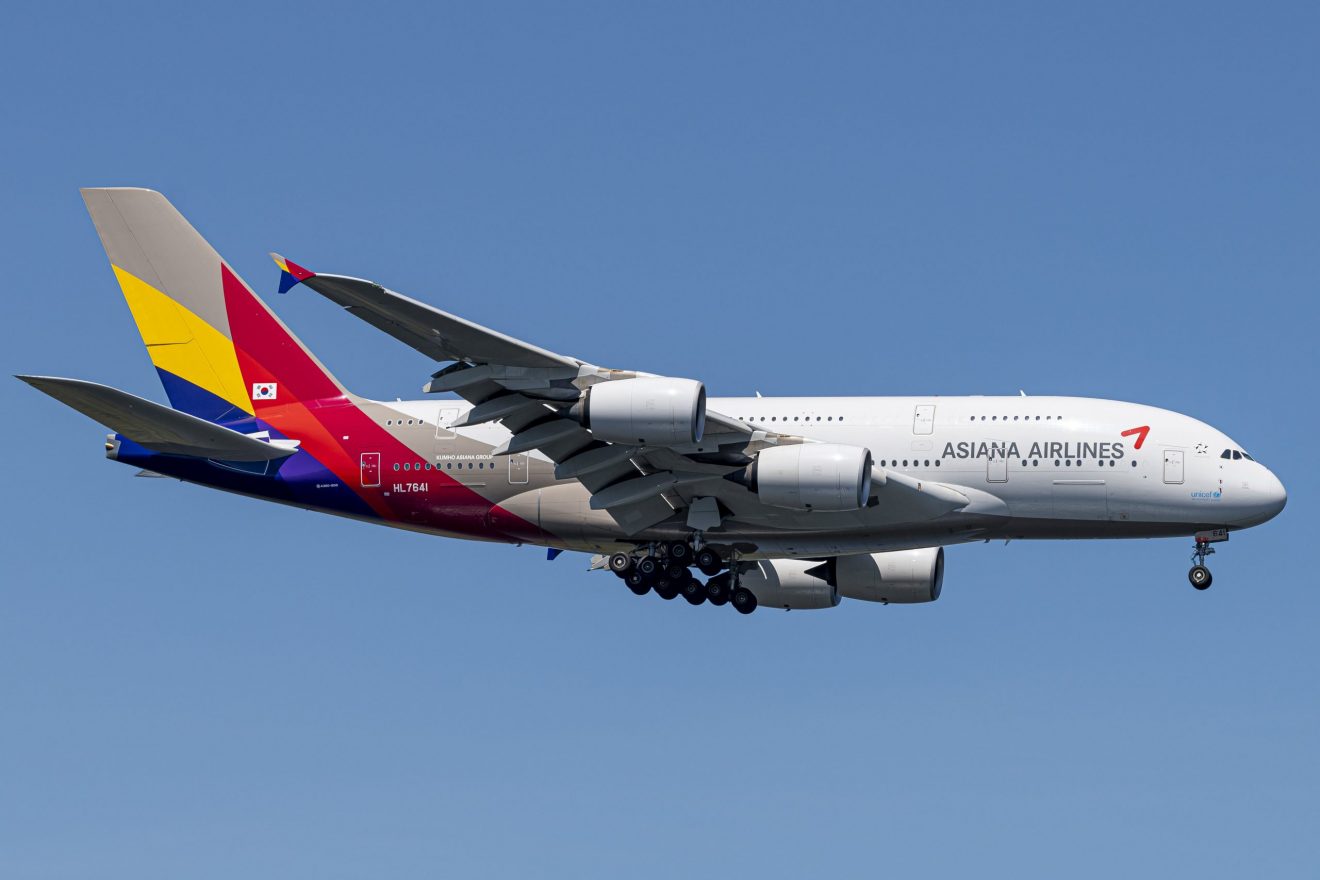 LONDON – The COVID-19 pandemic has not just decimated the industry as a whole, but also how consumers are going to fly in the future, especially when it comes to different aircraft types like the Airbus A380.

Pre-pandemic, airlines around the world were operating hundreds of flights everyday with high-level machinery such as the Boeing 747, Airbus A380, Airbus A330/A340, Boeing 787 Dreamliner and much more.

The aircraft type that the pandemic has had its future cemented by is the Airbus A380. March 17 saw the last A380 for Emirates, registered A6-EVS leave Toulouse to head to Hamburg for painting and delivery.

Now at this point, it is fair to say that the COVID-19 pandemic has not produced the most amount of damage to the Airbus A380, especially with there being not that many customers for the type, due to its humongous price tag of $445.6 million per unit (Airbus, 2018).

The manufacturer tried offering cost savings to customers with other variants of the aircraft, such as the A380 Plus in order to entice more orders but subsequently failed as a result.

Today’s article will look at how the COVID-19 pandemic has caused A380 customers to respond, and what sort of future we anticipate to see the A380 in, whether it be a reduced or increased presence.

As we can see from the data supplied to us by AirNav RadarBox, the number of daily Airbus A380 flights has unsurprisingly nose-dived from an average of 300-350 flights per day to between one and 29 flights daily.

A lot of these flights of course came from Emirates, the largest operator of the type, as well as customers like Lufthansa, British Airways, Air France, Etihad Airways, Singapore Airlines, and others.

That being said, with airlines gearing up for pent-up demand this summer, we could see an increase in such A380 flights as the road to recovery begins.

Many of the customers of the A380 have reacted to the pandemic and have announced different plans for the aircraft, as seen below:

Air France took the decision to cease operations of its Airbus A380s back in May 2020, retiring nine of its aircraft early, making “Boeing 777 becomes then the new largest jet in Air France’s fleet” (Riva, 2020). This retirement was scheduled two years earlier after CEO Benjamin Smith wanted them out of the fleet by 2022.

All Nippon Airways are a relatively new user to the A380, having received its first in March 2019 and its final one in October 2020 (Planespotters.net, 2021). The airline has plans to strictly operate those three aircraft on its Tokyo Haneda-Honolulu route, which pre-COVID was operating 14 flights per week between the two cities (ANA, 2021).

Asiana Airlines hasn’t given any solid indication into whether the A380s are staying in the fleet. 2020 saw the carrier plan to “operate sightseeing tours out of Incheon International Airport” (Bodell, 2020), but was later scrapped due to a “spike in the number of people in Korea testing positive for COVID-19” (Finlay, 2020). However, November 2020 saw Korean Air acquire Asiana for $1.62 billion (Chua, 2020). With Asiana in debt, it is unclear where Korean Air will keep the A380s or retire them to save money.

In recent weeks, British Airways has clarified its stance on A380 operations. In an interview with the Independent (Calder, 2021), new CEO Sean Doyle confirmed the aircraft would be staying but was unsure about the date of its return: “The A380 isn’t flying at the minute but it is in our plans for the future rebuild of the airline. Exactly when we will put the A380 back into service is something that we’re not clear on.”

China Southern Airlines have not made a decision on the A380 retirement, but the aircraft in the airline still seem to be flying. Services to London Heathrow were terminated in January 2021 due to the uptick in COVID cases in the United Kingdom, but CZ still operates the aircraft to “Sydney, Los Angeles, and Vancouver” (Curran, 2021). It is also key to note that throughout the pandemic, the airline did not suspend A380 operations whatsoever.

Emirates is the airline that remains the most confident about the aircraft, with the airline aiming to bolster up services with the aircraft to 18 cities by the Summer season this year (Pearson, 2021). As seen above this post, the airline is about to receive its last A380 and hasn’t placed any on hold and has relatively stuck to its schedule throughout.

Neighbouring airline Etihad has recently put the nail in the coffin when it comes to A380 operations. In an interview with The National, CEO Tony Douglas stated that they would be parked indefinitely: “We have now taken the strategic decision to park the A380s, I’m sure it’s very likely that we won’t see them operating with Etihad again” (Kamel, 2021). The airline instead will be welcoming Boeing 777-9Xs to Abu Dhabi over the next few years, but the end of the A380 with Etihad means the end of The Residence, which is what the airline was known for.

Korean Air’s A380s were grounded in March/April 2020 and finally re-entered the skies in October of that same year. The airline hasn’t given any indication into whether it will retire the aircraft. The consolidation with Asiana Airlines could enable an enhanced growth in the number of A380s it owns however, which could help the airline further cement its position across Asia and the world.

Following a terrible year for Lufthansa, including the need for a state bailout valued at 9 billion EUR for a “20% stake in the airline” from the German government (Sweney, 2020), the airline confirmed in March of this year that “the group will get rid of older and more inefficient aircraft, including the Airbus A380 and the Boeing 747-400” (Beresnevicius, 2021). The airline is taking more of a focus towards the A350, Boeing 777X as well as keeping its fleet of Boeing 747-8 aircraft.

Malaysia Airlines have remained quiet on the issue of the A380 up until a couple of weeks ago when it announced that it will be revisiting its fleet replacement plans, which will include the disposing of the aircraft in order for the carrier to recover sufficiently (CAPA, 2021). All six of its A380s are parked on the ground at Kuala Lumpur according to data from Planespotters.net (2021a).

Qantas’ Airbus A380s are currently in long-term storage whilst it awaits to reopen its international network, which is “pushing for a resumption from October 2021” with the hope that the majority of the population will be vaccinated and COVID rates have decreased (Kevincm, 2021). There was nervousness surrounding the retirement of the A380 in the Australian carrier, especially with it expediting the retirements of its Boeing 747-400 aircraft.

Qatar Airways are looking to pursue cuts towards its Airbus A380 fleet, especially with Group CEO H.E Mr. Akbar Al Baker stating back in January that the airline “will only operate half of its A380s at best if it brings the widebodies back into service” (Harper, 2021). That would therefore bring the number down from ten to five aircraft, but that is only in the best-case scenario.

The launch carrier of the A380 has slowly been taking some of its aircraft out of the boneyard in Alice Springs, Australia but according to Australian Aviation, the carrier “is set to retire seven of its A380 but crucially keep 12 in service” (Thorn, 2021). Whilst it is getting rid of some, it is not all, which is good news for the aircraft.

With a fleet of six A380s, Thai Airways is looking at selling two of its units, but the airline had revealed in February via restructuring plans that the entire fleet will be offloaded out of the Thai name and onto the second-hand market (Schlappig, 2021).

Longevity into the Future?

In terms of retirement announcements, it does appear to be a bit of a mixed bag for the A380. Some airlines believe in the project, and some just don’t have the financial justification to keep them in their fleets.

That being said, the number of A380s that are becoming second-hand as a result of this could prove to be lucrative for other carriers who haven’t had the A380 before. According to Simple Flying, “Established aircraft appraisal company IBA stated in a press release earlier this month that the market value of an Airbus A380 has been the worst affected of all current-generation widebody aircraft” (Loh, 2021).

Such a worsening state has brought down the value of an A380 by over 50%. If a list price for an A380 is a $442.5 million, a 50% discount would see airlines acquiring such an airframe for $221.25 million per unit, which could offer some financial benefits down the line.

That being said, it is of expectation that the luxury, legacy carriers will keep its hands on the A380, especially because of the product offerings that come with the jet itself. But for the leisure-based traveler, it very well may be the case of flying on something smaller that goes more or less the same distance, like the A321XLR or other alternatives.

What remains clear is that the COVID-19 pandemic has finally shot the final bullet out of the pistol when it comes to what is considered as a new service life expectation. A380s will slowly begin to disappear unless the second-hand market proves to be strong enough to give the aircraft the lease of life it needs.

But as airlines are continuing to cost-cut because of the damaging effects of the pandemic, this is looking very unlikely and may just stay in the hands of lessors or storage/airport owners.

It is honestly a shame that the aircraft hasn’t been able to last longer in terms of a sales campaign, but at least we will see at the very most, the Emirates A380 connecting vast swathes of the world for many years to come. 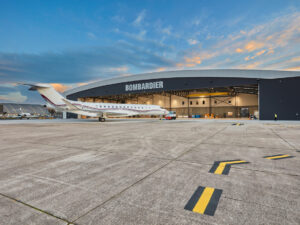 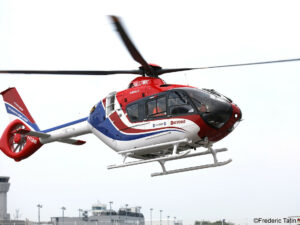