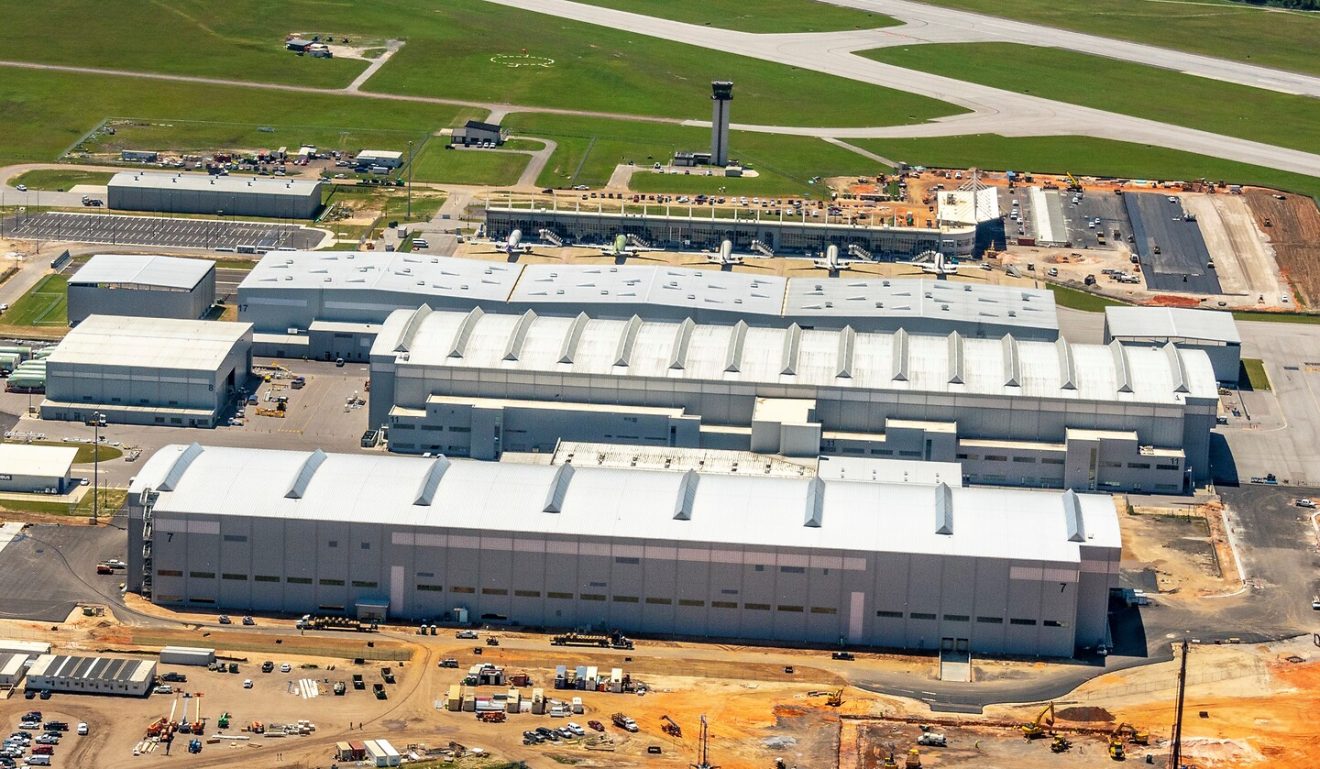 LONDON – On May 10, it has been announced that the European aircraft manufacturing giant, Airbus, will be expanding its services at its manufacturing facility in Mobile, Alabama in the United States.

At present, Airbus’ facility in Mobile, Alabama in the U.S. produces the majority of the Americas aircraft, for airlines like Delta Air Lines, American Airlines, Spirit, Frontier, JetBlue, etc.

All of the aircraft produced there is Airbus’ narrowbody family, mostly consisting of the A320 family, which includes the A320neo, A321neo as well as the A220 series (previously known as the Bombardier C Series).

The new expansion project will see Airbus opening its third final assembly line (FAL) to help support its ramp-up in production of the A320 family of aircraft as demand for new aircraft begins to increase again now that we are coming to the tail end of the pandemic.

This third final assembly line will be a newly built 350,000 square foot facility and will bring Airbus’ investment into Alabama over a total of $1 billion since its opening.

Not only this, but the new final production line will create up to an additional 1,000 jobs at the facility, adding to the already existing 1,200 workforces there.

During the announcement, Alabama’s Governor Kay Ivey said, “It’s wonderful to see Airbus continue to grow its only U.S. airliner manufacturing operation with another expansion in Mobile.”

“This growth is made possible by the company’s skilled workforce in Alabama and our commitment to developing a pipeline of future aerospace workers.”

“The fact that Mobile will lead our unprecedented global production rate increase in coming years is a tribute to the world-class labor force in Alabama.”

“I’m so proud of our Mobile employees for proving through years of hard work what Alabama is capable of, and I’m also immensely grateful to state leadership for making Alabama such a great place to invest and do business.”

To help support the 1,000 new job roles at the facility, Alabama’s workforce development and education organizations, such as AIDT, will assist in the recruitment and training initiatives to help the facility grow.

As part of this growth and assistance, AIDT has plans to expand both its apprenticeship programs and its Aviation Training Center at the Mobile Aeroplex at Brookley, which is a 36,500 square foot training facility that was opened back in 2014, specifically to help Airbus get its U.S. production lines moving along. AIDT will also support Airbus’ training at Flight Works Alabama, including FlightPath9.

Adding to Governor Ivey’s comments, Ed Castile, Director of AIDT and Deputy Secretary of the Alabama Department of Commerce said:

“Airbus has been an extraordinary partner as we work together daily to help change people’s lives. Airbus provides incredible career opportunities, and we have the awesome opportunity to help them find their team and assist with training.”

“We see Airbus as the ‘tip of the spear’ with its Alabama location and its continued growth as a powerful catalyst for an expansion of the aerospace industry in our state.”

“This Airbus expansion simply highlights that Alabama is open for business and a great place to work and raise a family.”

“The state’s aerospace/aviation industry is primed for growth. In 2021, companies within the sector announced new investments totaling $220 million in projects expected to create 667 jobs.”

“Aerospace industry growth continues to be a high-value opportunity for Alabama, not only in terms of capital investment but also in job creation.”

“There are a lot of exciting things going on in aerospace and aviation in the state, and we’re seeing that today with the expansion at Airbus.”

David Rogers, Vice President of Economic Development at the Mobile Area Chamber of Commerce also added that “Mobile is quickly becoming a global epicenter for the aerospace industry, and the addition of a third final assembly line in Mobile is a testament to our area’s workforce.”