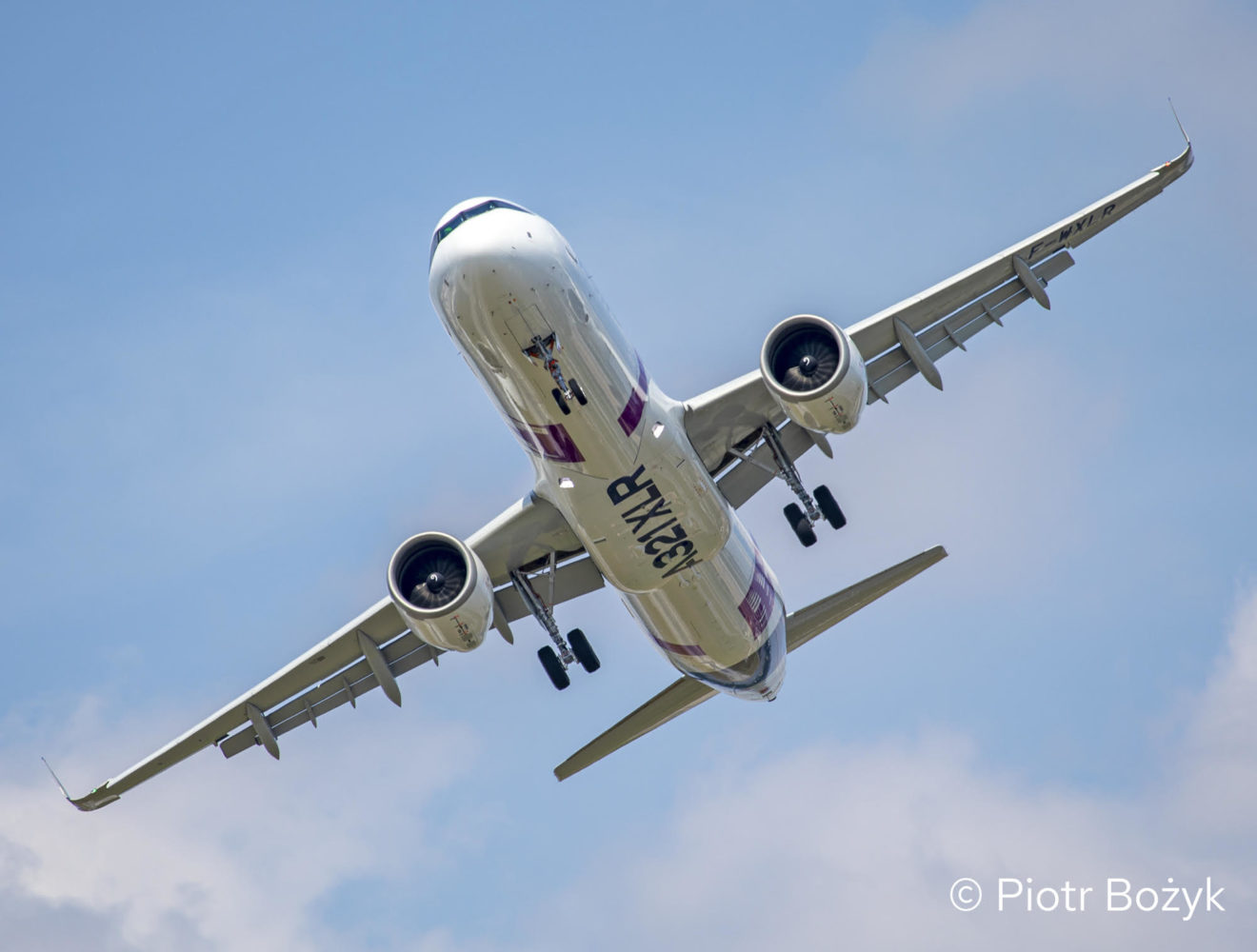 HAMBURG – Airbus’ first A321XLR (Xtra Long Range) has successfully accomplished its first flight. The aircraft with MSN 11000 took off from Hamburg-Finkenwerder Airport for a test flight which lasted four hours and 35 minutes.

During the flight, the crew tested the aircraft’s flight controls, engines and main systems, including flight envelope protections, both at high and low speed.

This is a major milestone for the A320 Family and its customers worldwide. With the A321XLR coming into service, airlines will be able to offer long-haul comfort on a single aisle aircraft, thanks to its unique Airspace cabin. The A321XLR will open new routes with unbeatable economics and environmental performance. Entry into service is targeted for early 2024

The A321XLR is the next evolutionary step in the A320neo single-aisle family of aircraft, meeting market requirements for increased range and payload, creating more value for airlines by enabling economically viable services on longer routes than any comparable aircraft model.

The A321XLR test fleet will consist of three instrumented Flight Test aircraft, representative of forthcoming production aircraft.
One A321neo prototype aircraft is dedicated to early flight tests. This will maximize maturity and readiness at Entry Into Service (EIS).

This aircraft start of Flight Test enables validation of design changes that are related to Type Certification. During the Flight Test period, all findings will be addressed and any new requirements from Airworthiness Authorities will be embedded. Many of testing will be activities run in parallel.

Second aircraft has completed the Final Assembly Phase. Now FT#2 sits within the Working Party where all Flight Test Instrumentation (FTI) is being installed and tested.

The last aircraft has completed the Final Assembly Phase. Full cabin is being completed and limited Flight Test Instrumentation (FTI) is being installed.

Hope for regional airports and routes with lower LF

The new aircraft will be specifically tailored for long-haul flights compared to the standard A321neo or even the A321neo LR. The XLR has sufficient range to reach, for example, from Europe to the northeast coast of the USA, one of the most important intercontinental markets for many European carriers.

It can also reach parts of cities in Canada, the Middle East and India from Europe.

The A321XLR will also increase long-haul fleet flexibility for carriers. It gives the airline the ability to fill the aircraft on new routes, especially in these uncertain times due to war and pandemic.

These can also be new destinations in smaller markets or existing long-haul destinations served from smaller airports or having trouble filling a wide-body aircraft with a good load factor (LF).

The new Airbus A321XLR was announced at the Paris Air Show 2019. The aircraft is expected to be greener and save 30 percent fuel per passenger. A321XLR will have 4 tons more maximum take-off weight MTOW (101 tons), so its landing gear is also redesigned.

To date, Airbus has sold more than 500 A321neo XLR version aircraft to 20 customers. The biggest customer is Indigo which ordered 70 aircraft. Amongst the biggest orders were American Airlines and United Airlines who ordered 50 planes each.