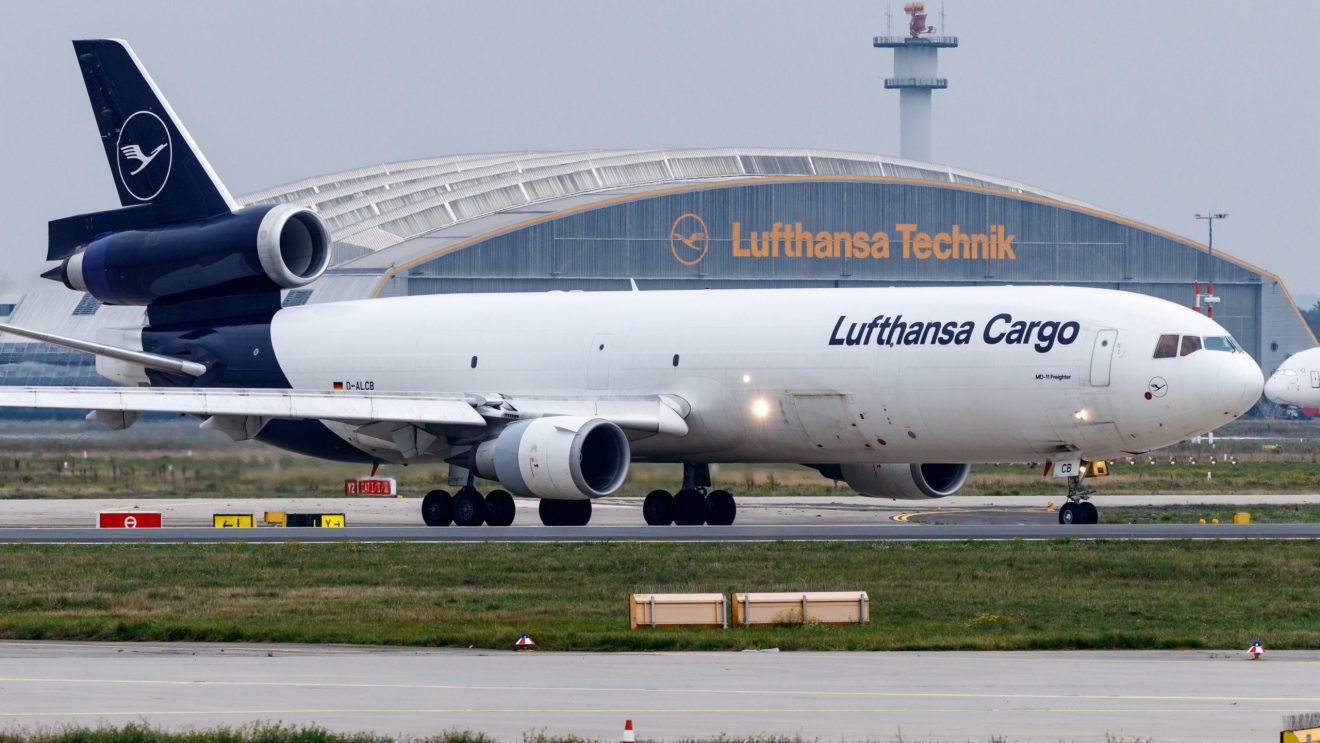 LONDON – On Sunday, October 17, Lufthansa said goodbye to its MD-11 Freighter for the last time after it landed at Frankfurt Airport following a flight from New York JFK. The flight LH8161 touched down ahead of schedule at 12:03 pm local time on runway 07R, marking and end of its commercial service and the end of the MD-11F loyal and long 23-year service for the carrier.

Dorothea von Boxberg, Chairman of the Executive Board and CEO of Lufthansa Cargo said: “We are very grateful to our MD-11F fleet for over two decades of loyal service. We know that this particular aircraft has an incredible number of fans, throughout our colleagues at Lufthansa as well as among aviation enthusiasts worldwide. The decisive factor for the introduction of the MD-11F at Lufthansa Cargo in the late nineties was its significantly better fuel efficiency compared to the widebody freighter previously used. In the future, we will rely on the twin-engine Boeing 777F for the same reason,”

Lufthansa Cargo started the replacement and retirement of its MD-11F fleet back in November 2013 as it slowly changed each aircraft out for the newer and modern Boeing 777 freighters, which are not only quieter but are much more fuel-efficient and in a world where the global climate crisis discussions and action plans are reaching an all-time high, there has never been a greater demand for more economical aicraft.

The MD-11F first entered service for Lufthansa Cargo back in June 1998, with the carrier taking delivery of its first two aircraft D-ALCA and D-ALCB, which were swiftly followed by its third aircraft under the registration D-ALCC which arrived in August of the same year. The carrier would go on to operate a fleet of 19 of the tri-jet freighters, taking the last delivery of D-ALCM on February 22, 2001.

While Lufthansa Cargo was not the biggest operator of the type, it showed the popularity of an aircraft that has struggled in the commercial passenger world, its higher speeds and higher cargo capacity made it an obvious choice for airlines looking to replace their ageing DC-10s, some of which still operate to this day for cargo carriers such as FED-EX, however, they too are almost nothing more than a footnote in history as cargo carriers around the globe continue to retire their ageing fleets and replace them with more modern aircraft.

It will be interesting to see how Lufthansa Cargo just as other cargo carriers globally will take the news from Airbus about the A350 freighter after Boeing has dominated the market for this aircraft type for so long, will airlines be willing to give Airbus a chance or will they continue to stick to their orders and commitments with Boeing, even if the U.S manufacturer is yet to announce if there will be a freighter variant of it’s Boeing 777X.

VAH Leases Two Airbus A330-200 To Italys New Airline ITA
ANA to Introduce Mixed Fleet Flying For A380 and A320 family; welcomes home final A380
Comment