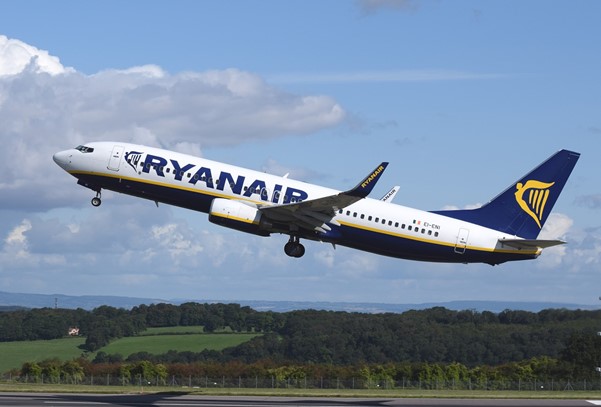 LONDON – In wake of recovery from Covid-19 and to bring the tourism industry of Spain back on its track, Junta de Andalucía has announced a partnership with Ryanair.

The epicenter of this partnership is to create and boost Spain’s position as the most attractive all-year-round tourism destination in the post-Covid recovery era, with specific targets of Belgium, Denmark, France, Germany, Italy, Ireland, Norway, and Sweden markets through a joined communications campaign.

Dara Brady, the director of marketing at Ryanair expressed that

“We are delighted to partner with Junta de Andalucía and to work together to enhance connectivity between Spain and the rest of Europe, to steadily rebuild the nation’s core tourism industry.”

Mr. Brady further asserted that Ryanair has already increased its connectivity significantly to and from the Spanish region with the possibility of new routes and additional frequencies.

This partnership is mutually benefiting the serene region of Andalucía and Ryanair’s network of low fare rates across Europe, where a growing number of customers are planning their well Christmas and New Year breaks.

According to Eurocontrol, the flight traffic statistics to and from Spain are only 20% below that of 1st December 2019 levels, and Spain ranks 4th below Germany, the UK, and France for this traffic attribute statistics.

Mr. Juan Marín, Vice President and Minister for Tourism of the Regional Government of Andalucía has expressed his feelings by saying:

“We are very excited to work with Ryanair, Europe’s No. 1 airline, on this incredibly important campaign promoting Andalucía as an attractive all-year-round tourism destination for European travelers.”

Mr. Marín further expressed that “Ryanair is a long-standing supporter of Spain and has boosted our connectivity with rest of Europe, including Belgium, Denmark, France, Germany, Italy, Ireland, Norway and Sweden, and has driven tourism to the region for many years now with its strong network of routes and market-leading attractive low fares.”

Mr. Marín further asserted that “We are sure that Ryanair’s customers will be lost in stunning south coast where they can indulge in traditional Andalucían cuisine and scenic sights of Moorish architecture.”

Ryanair in its traffic figures quoted that, the airline has added more than 500 new routes and opened 14 bases in Europe over the past year.

Overall, this new strategic partnership between Ryanair and Andalucía tourism is expected to attract more holidaymakers across Europe, who have been looking forward to the New Year’s break since 2019, as most of the continent was under stricter lockdowns in 2020.