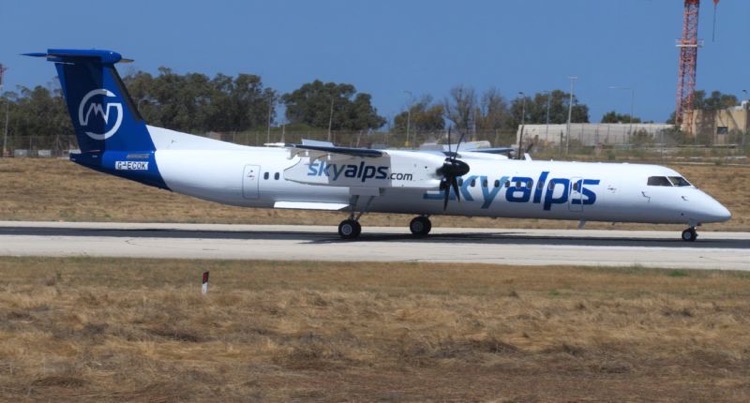 LONDON – Skyalps has just announced sales as it plans to start flights in June. It’s first flight will start on June 14th from Bolzano to Rome via Parma.

The carrier plans to have a split base operation between Bolzano and Parma, with passengers being able to connect in Parma to reach further destinations.

In addition the carrier plans to have 3 fare types with Sky Basic, Sky-go and Sky-Plus. All 3 have a carry-on, hold luggage and snacks included in the ticket. The airline will operate the following operation with 2 Dash Q400s operated by Luxwing Aviation from Malta.