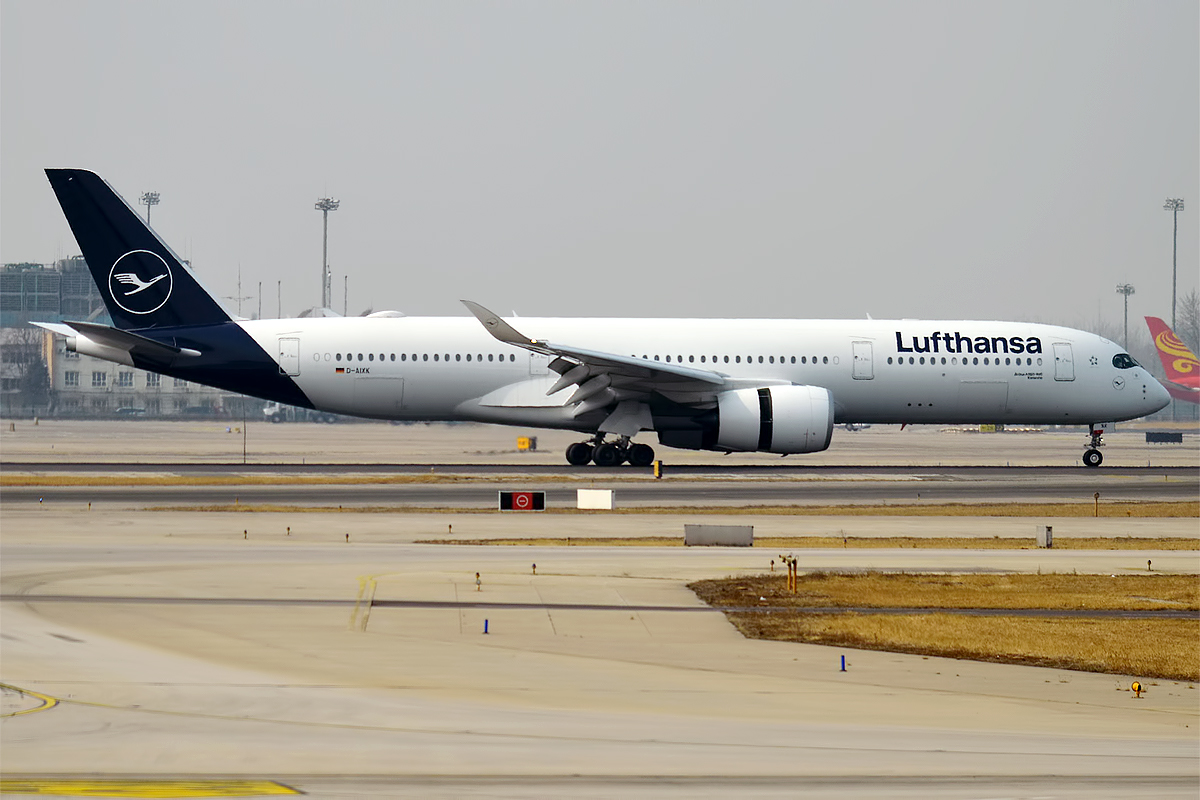 LONDON – German carrier Lufthansa has placed a commitment for an additional four Airbus A350-900 aircraft.

This commitment was announced at the IATA Annual General Meeting in Boston earlier today.

CEO Carsten Spohr commented on this news: “This is another puzzle piece of our fleet transformation”.

Strong Commitments During the Pandemic

According to the report from Airline Weekly, the airline has placed commitments for 14 of the type over the course of the pandemic.

It is understood also that the four aircraft will be via leasing arrangements with SMBC Aviation Capital, Avolon, and Goshawk.

Deliveries are to commence next year, with such aircraft making way for the Boeing 747-400 and Airbus A380 aircraft that have been retired over the course of the pandemic.

The Boeing 747-8 will stay in the fleet for the foreseeable with the five Airbus A340-600s next on the chopping block, with such retirements due in around two years’ time.

The extra four A350s ordered means that by the time deliveries have come to a conclusion, the airline will own around 50 units of the type.

Such aircraft that have been delivered already looks set to be heavily utilized with Spohr revealing that bookings jumped 300% upon news of restrictions lifting for travel to the United States and other destinations.

It seems that Lufthansa is beginning to get out of the bad spell it was going through the pandemic, including the government bailout it had to receive as a result of air travel declining heavily over the course of the pandemic.

September 19 saw the carrier implement a 2.1bn capital increase in order to enable early repayments of the bailout back to the German government.

With the airline also committing to more aircraft, as well as the outstanding deliveries yet to come, it seems that Lufthansa is ready to hit back and big on the capacity to its most profitable services.

With the United States also opening up as well, this of course will be a much-needed boost for an airline that was once on the brink of collapse.

IATA: Airlines Around The World Will Lose $51.8bn This Year
Air New Zealand To Implement ‘No Jab, No Fly’ Regime in 2022
Comment