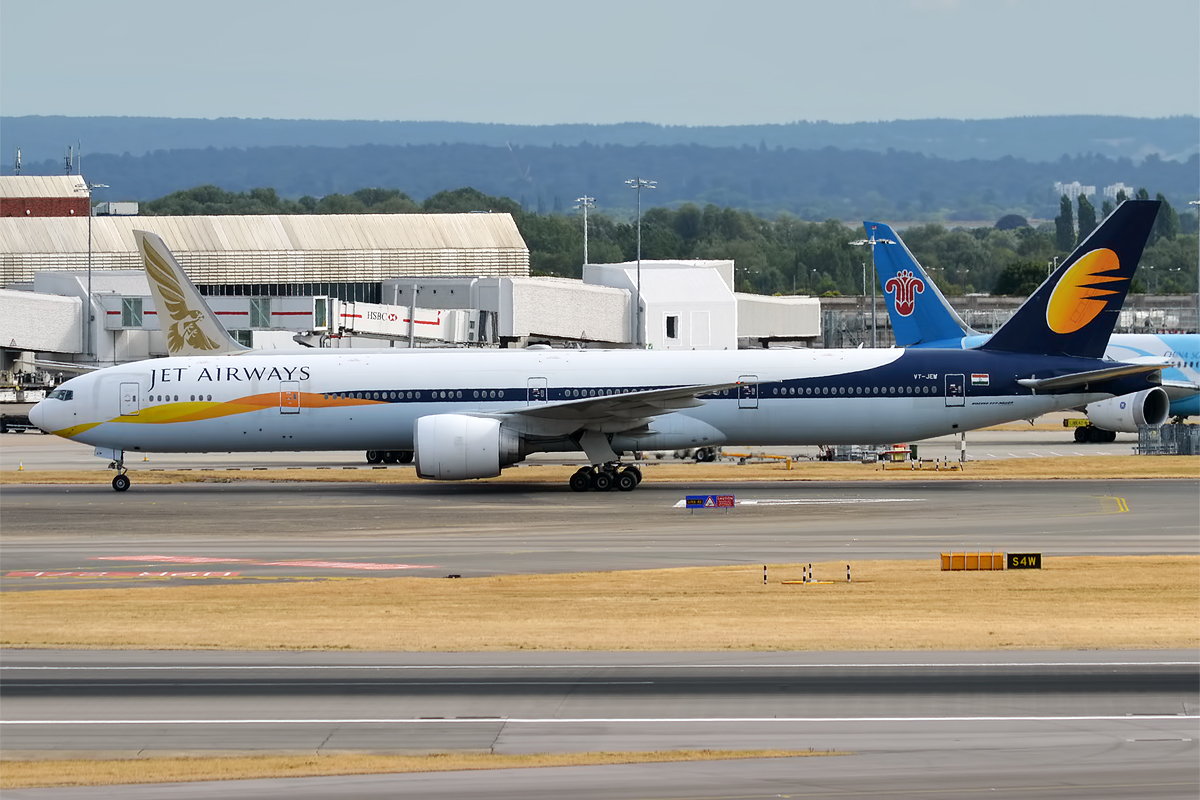 LONDON – It has been revealed over the weekend that one of Jet Airways’ Boeing 777-300ER aircraft has been sold by Dutch Administrators to bring to a close the insolvency proceedings of the airline in the Netherlands.

VT-JEW is the aircraft in question, which has been sold for $9 million, according to a disclosure by the Monitoring Committee of Jet Airways (India) Limited.

Commenting on this was Ashish Chhawchharia, an authorized representative of the committee.

“The sale of equipment is as per the terms of the protocol, whereunder it is agreed that the proceeds from the sale of equipment will be first utilized for the closure of Dutch Insolvency Process in Netherland, to ensure the company is no more declared insolvent in the Netherlands and balanced funds, if any, shall be repatriated to India which shall be dealt as per the provision of the Insolvency and Bankruptcy Code,”

VT-JEW started out its life 14 years ago as VT-JEE with the same carrier, before being placed on lease with Turkish Airlines in December 2008.

VT-JEE was subsequently re-registered to TC-JJC in June 2009, before being returned to Jet in August 2011 as VT-JEL.

Around three years later, the aircraft was sent to Etihad Airways on a lease agreement as the registration of A6-JAF for around two years before returning once again to the Indian carrier as its current registration of VT-JEW in December 2016.

Such grounding of the aircraft has lasted over two years, with the aircraft being impounded at Amsterdam’s Schiphol Airport, with the new owner being registered as IAG Aero Group, according to data from Planespotters.net.

This of course brings to an end such proceedings between Dutch Administrators and Jet Airways, which has restructured massively throughout the COVID-19 pandemic and beyond.