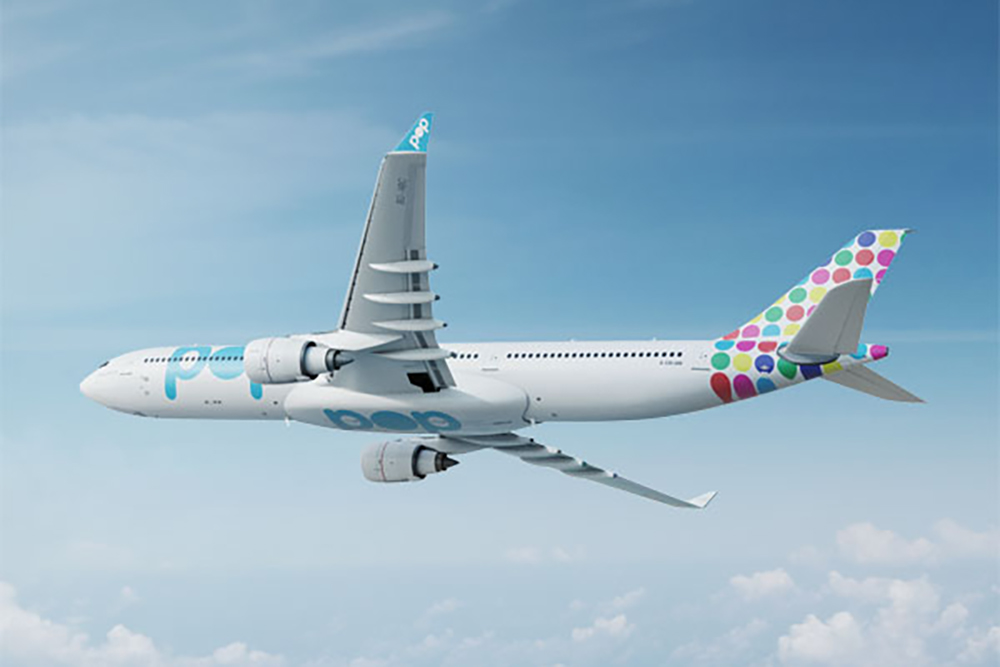 LONDON – UK based start-up Low-Cost Carrier flypop has announced that it is has signed an agreement for multiple Airbus A330-300 aircraft from Irish based leasing company Avolon. Avolon provides lease and lease management services to airlines and investors all over the globe and is the worlds third-largest aircraft lessor. Based out of London Stanstead the carrier will initial launch services to India with flights to Sri Guru Ram Das Ji International Airport, Amristar and Ahmedabad Gujarat airport, Ahemdabad.

Flypop has been busy throughout the pandemic preparing for launch later this year, with the company waiting for the reopening of international travel to be able to launch its inaugural service to India. The carrier has been steadily growing its fleet and staff during the pandemic and due to the fact the company had not launched before lockdown measures and travel restrictions had been implements, it has avoided any risk of financial hurt caused by the grounding of its fleet, something which new Senior Operations Adviser and Board member, ex-Director of Ryanair Charlie Clifton, who said: “The incumbents have been badly wounded after 18 months without any revenue but plenty of costs and debt.”

“flypop, on the other hand, has avoided any exposure to the pandemic and consequently is in the unique and fortunate position to extract maximum advantage from the lower costs resulting from the crisis. flypop’s cost of entry is much lower now than it would have been pre-Covid-19. Low fares always stimulate greater demand. The sector is currently on the floor, but the market will return strongly.”

As always with aviation as airline close down new ones open up and now only time will tell how successful flypop will become with its long haul Low-Cost Carrier model, something which carriers in the past such as Norwegian had struggled with.