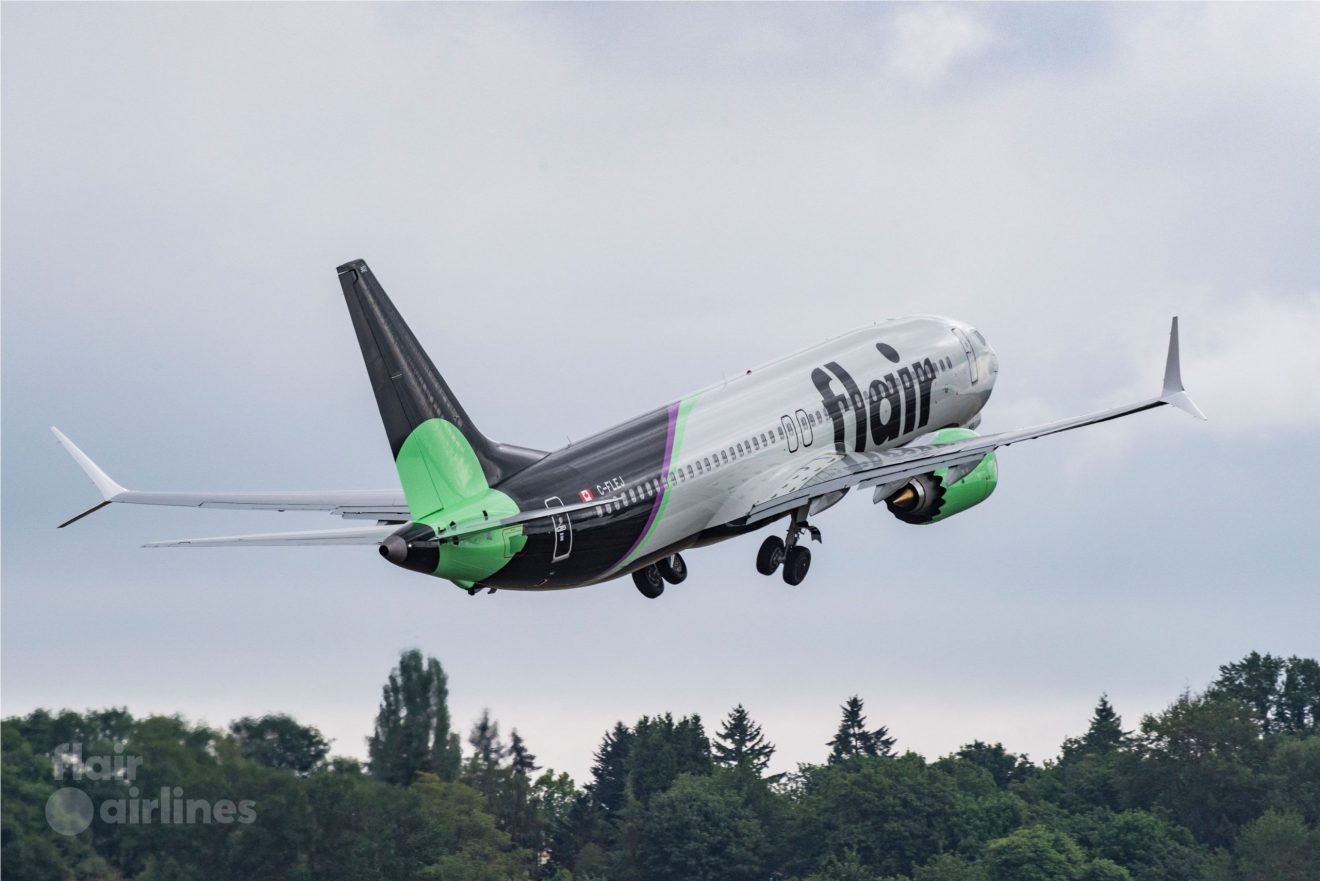 Two members of the Airline’s management will be the pilots on the flight: Captain Matt Kunz, Vice President, Business
Transformation and Operations, and Captain Harold Knop, Regulatory Compliance and Certification Manager.

The first Boeing 737-8 was delivered in May to Flair. They expect deliveries of the rest of the fleet to continue throughout 2021.

Flair say that the new aircraft will help them achieve the lowest cost per seat mile, whilst also dropping CO2 emissions by 14%.

“Today marks a huge milestone as Flair grows to bring affordable travel options to more Canadians,” says Stephen Jones,
President and CEO, Flair Airlines. “Canadians have been paying too much for too long, and Flair is changing that thanks to
the addition of the new 737-8 aircraft which provide us the efficiencies and ability to scale our service. Today’s inaugural
flight kicks off our rapid growth.”