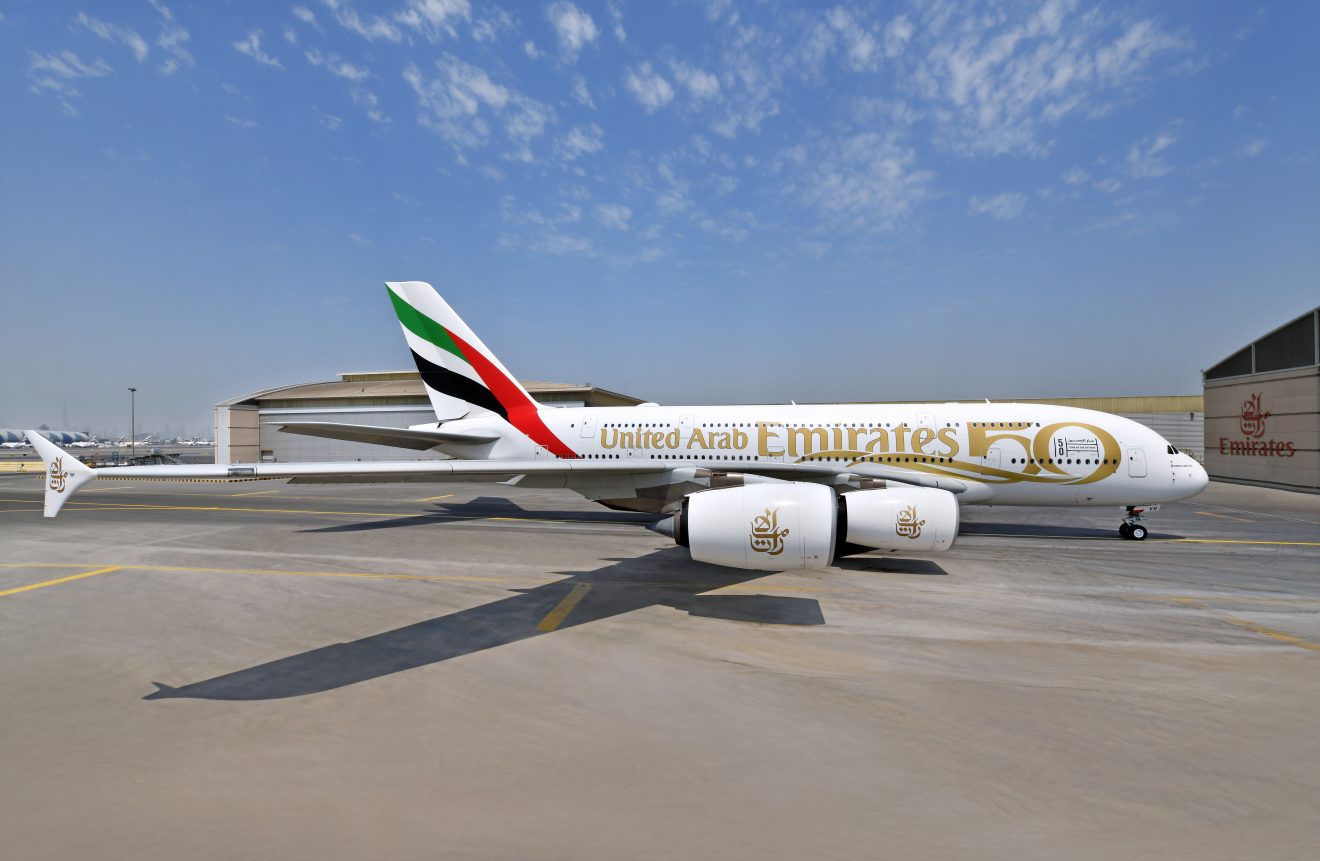 LONDON – Marking the 50th anniversary of the UAE national flag carrier Emirates Airlines has had one of its A380s and Boeing 777-300ER’s in a special golden livery as they mark the special golden jubilee. The two aircraft wearing this special livery will be operated all around the Emirates network and will be visiting, Los Angles, London, Washington D.C, New York, Zurich, Munich and Paris among other cities in the next few weeks as they help spread the joy and happiness of this special occasion around the globe.

His Highness Sheikh Ahmed bin Saeed Al Maktoum, the Chairman and Chief Executive, Emirates Airline & Group, commented on the 50th-anniversary liveries: “The Golden Jubilee themed aircraft are inspired by the vision, determination and passion of the UAE’s founding fathers and the incredible 50-year journey since they started to shape a nation that has captured the world’s imagination,”

“from its rapid progress to become one of the most connected countries in the world, to being one of just a few nations to launch a space mission. The next 50 years will continue to be driven by the same ambitious spirit to build a better and sustainable future for humanity, and the UAE will lead the charge as it evolves its national capabilities, champions innovation, and strengthens its position as a progressive world leader across a spectrum of areas.”

Currently, only the A380 registration A6-EVG has been painted in this special livery, made its debut flight to Frankfurt on Sunday, August 15. The airline said that more aircraft would continue to be painted with this special decal and that it would take on average 14 staff 3 days to install it onto the planes at the Emirates Engineering Aircraft Appearance Centre.