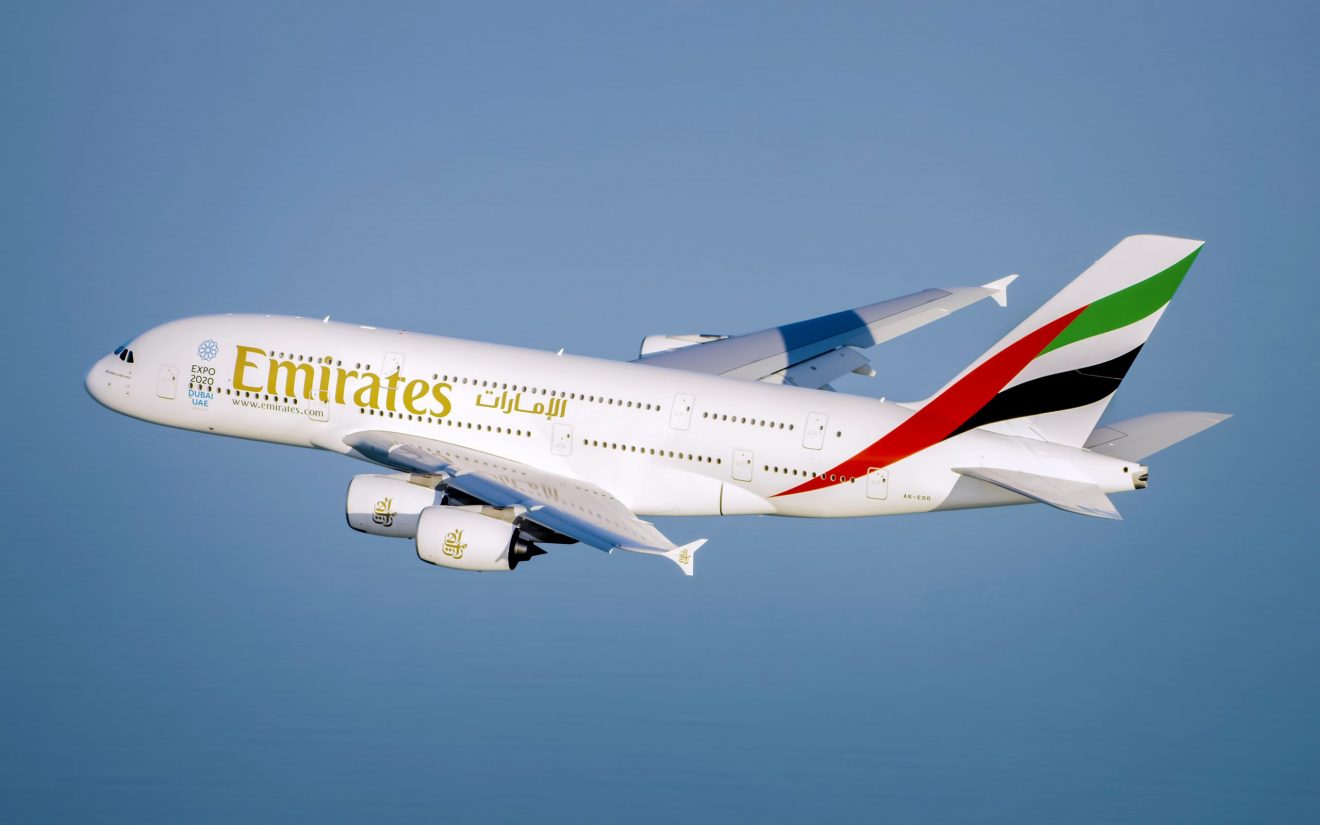 LONDON – UAE national flag carrier Emirates has announced the re-launching of three services over the last two days as the carrier continues to expand its route network back out to post-covid levels and continues to reintroduce the Airbus A380 into service after some of them having spent nearly eight months on the ground when travel restrictions came into force.

The announcements have seen Emirates confirm the launch of a new route to Miami and also has seen the introduction of the A380 onto more services, in addition to another route being re-launched by the airline as the UAE continues to work on travel corridors with nations around the globe, the most notable in recent days of which is Italy, something which has allowed the re-launch of the Dubai – Milan – JFK Boeing 777-300ER service.

Emirates has announced it will be launching the 777 on two routes, one of the routes newly opened will see the aircraft operate Dubai to Miami and operate on a four times weekly service, flights are due to begin from July 22, 2021. The new service to Miami takes the UAE carriers U.S. network up to 12 destinations and will mean that Emirates offers over 70 weekly flights to the U.S. with 260,000 seats across its 12 gateways at Seattle, Washington DC, Orlando, Boston, Chicago, New York (JFK and Newark), Dallas, Los Angeles, Huston and San Francisco.

His Highness Sheikh Ahmed bin Saeed Al Maktoum, Emirates Chairman and Chief Executive said: “Launching a non-stop service to Miami at this time signals our confidence in travel recovery as countries progress on their vaccination programmes and implement protocols for the safe resumption of flight and travel activity, particularly in the US and the UAE. It also underscores our strong commitment to the US market which Emirates now serves with over 70 weekly flights across 12 gateways.”

“There is a clear demand for this service from both leisure and business travellers and we anticipate that our new route will be warmly received across our global network, as well as by travellers in Southern Florida, South America and the Caribbean who can conveniently access Dubai and our wider network via Miami’s many air service connections. We look forward to facilitating even more tourism and commerce opportunities to and from Florida with this new route, and to providing our customers with the award-winning Emirates experience.”

Flights to and from Miami will be served by the carriers Boeing 777-300ER aircraft, offering eight private First Class suites, 42 lie-flat seats in Business and 304 economy seats. The plane will depart Dubai as flight number EK213 taking off at 03:10 am in the morning, arriving in Miami at 11:00 am, with the return flight using the flight number EK214 which will depart Miami at 21:10 pm arriving back in Dubai at 19:35 pm the next day.

Lester Sola, MIA Director and CEO said: “Emirates announcing first-ever Dubai service at MIA is clearly one of the proudest moments in our airport’s history, Adding Dubai to our growing list of top destinations around the world further solidifies MIA as a leading global gateway and Florida’s busiest airport for international passengers.”

In addition to the 777 being launched onto the new Miami route, Emirate announced that they would be restarting services to Phuket in Thailand, operating the service on a four times weekly frequencies the plane will depart Dubai as EK378 on Tuesdays, Fridays,Saturdays and Sundays at 03:00 am arriving at Phbket at 12:30 pm on the same day. The flight will then return as EK379 departing Phuket at 00:10 am on Wednesdays, Saturdays, Sundays and Mondays, arriving at Dubai at 03:05 am the same day. (all times mentioned are the countries local times).

The flights to Phuket are another step towards normality with vaccinated travellers not facing any restrictions between the two destinations, the addition of this route now sees Emirates serve passengers on over 120 destinations connecting the Americas, Europe, Africa, Middle East, and Asia Pacific via Dubai. This type of connectivity is what we had come to expect from the worlds busiest airport but while Dubai has been the sleeping giant during much of this pandemic, the news today is positive for the road to recovery.

The Super Jumbo A380 Returns

With all the announcements over the last couple days about the new Miami service and the re-launch of flights to Phuket, many people may not have noticed the carriers flagship aircraft returning to the skies in more and more frequency, just 2 days ago the A380 made its first return to JFK in over one year, making it a land mark moment, it had been the longest time the A380 had gone without serving that route since it was introduced in 2008.

Read more: Emirates A380 Returns to JFK for the first time in over a year

Today though Emirates announced that the A380 would continue its return to the skies with it being introduced onto the Bahrain service, the first flight is due to take place this month and it will mark another check into the recovery box, with this being the first time the Double Decker will operate this route. The Plane has been added to help deal with the increasing demand and will replace the Boeing 777-300ER that currently serves the route during the month of June.

Both the outbound and the return flight will keep the same flight numbers EK 839 and EK 840 respectively, with emirates saying: “the change has come to help meet the growing demand for the summer and underscores our commitment to make connections for travellers to and through Dubai even easier.” Emirates flight EK 837 will depart Dubai daily at 15:30 pm, arriving in Bahrain at 15:50 pm. The return flight EK 840 leaves Bahrain at 17:50 pm, arriving in Dubai at 20:00 pm. (All times mentioned are local).

The A380 will operate the route on a daily service and will be serving along side the Boeing 777-300ER which will be operating the earlier morning flights as EK 837 and EK 838. With the introduction of the aircraft onto this route it adds another destination to the list of services operated by the super jumbo, with it now operating services to New York JFK, Paris, Jeddah, Amman, Cairo, Frankfurt, Bangkok, Guangzhou, Hong Kong and Moscow. Emirates said that we could also expect to see the A380 be reintroduced onto the Los Angeles service in July.