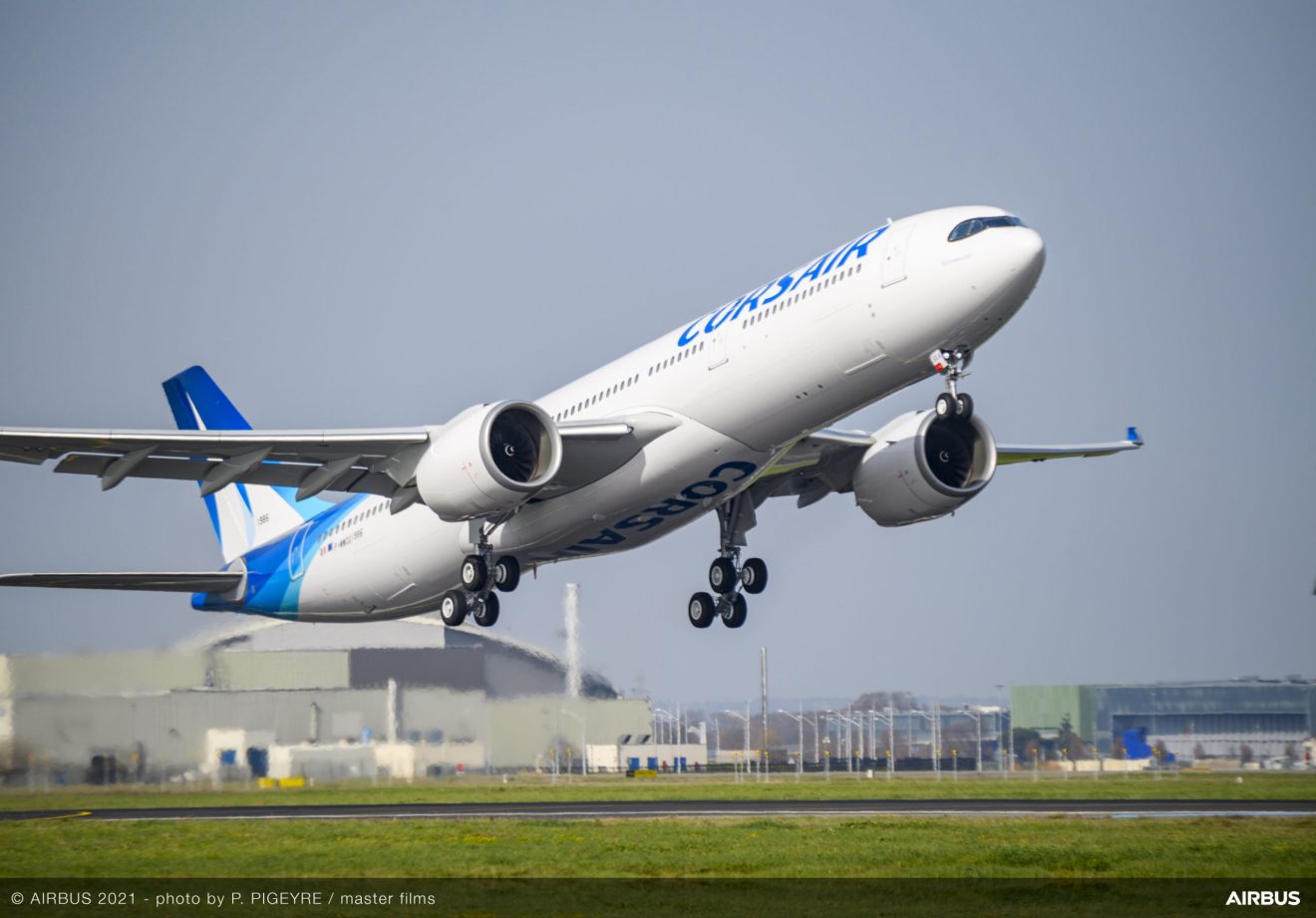 LONDON – French carrier Corsair has announced today that it has taken delivery of its fourth Airbus A330neo aircraft, part of the 5 aircraft deal that the airline made of the A330-900neo as part of the airline’s plans to continue to modernize its fleet and reduce its carbon footprint in line with global targets of carbon neutrality by 2050. The airline is currently scheduled to take delivery of its final A330neo on April 22, and its arrival will allow Corsair to claim to operate one of the youngest fleets in the aviation market.

Pascal de Izaguirre, CEO of Corsair said: “The first phase of fleet renewal Corsair is almost complete, with the reception of this 4 th A330neo aircraft ordered on 5. All the inhabitants of the Indian Ocean, and in particular the Reunionese, but also a tourist and business customers will be able to travel on these latest-generation aircraft, more respectful of the environment, and equipped with ultra-modern cabins for maximum comfort. In April 2022, with the delivery of the 5 th neo, Corsair has a fleet of more than 50% of last generation aircraft, outstanding performance for a more responsible airline. “

The aircraft will begin services from today mainly operating in the Indian Ocean and now becomes the fourth new aircraft to enter service in just eight months with the carrier. Corsair has said that it will be operating alongside its other A330neo aircraft conducting its first commercial flight on November 23 to the reunion island, as part of the carrier’s plans for an ever-improving customer experience in the region. Corsair confirmed that the cabin will be in a tri-class configuration with 352 passenger capacity, 20 business, 21 premium, and 311 economy seats, including 33 seats in Economy Plus, with the addition like its other A330neo aircraft of wifi throughout the aircraft for all passengers to use.