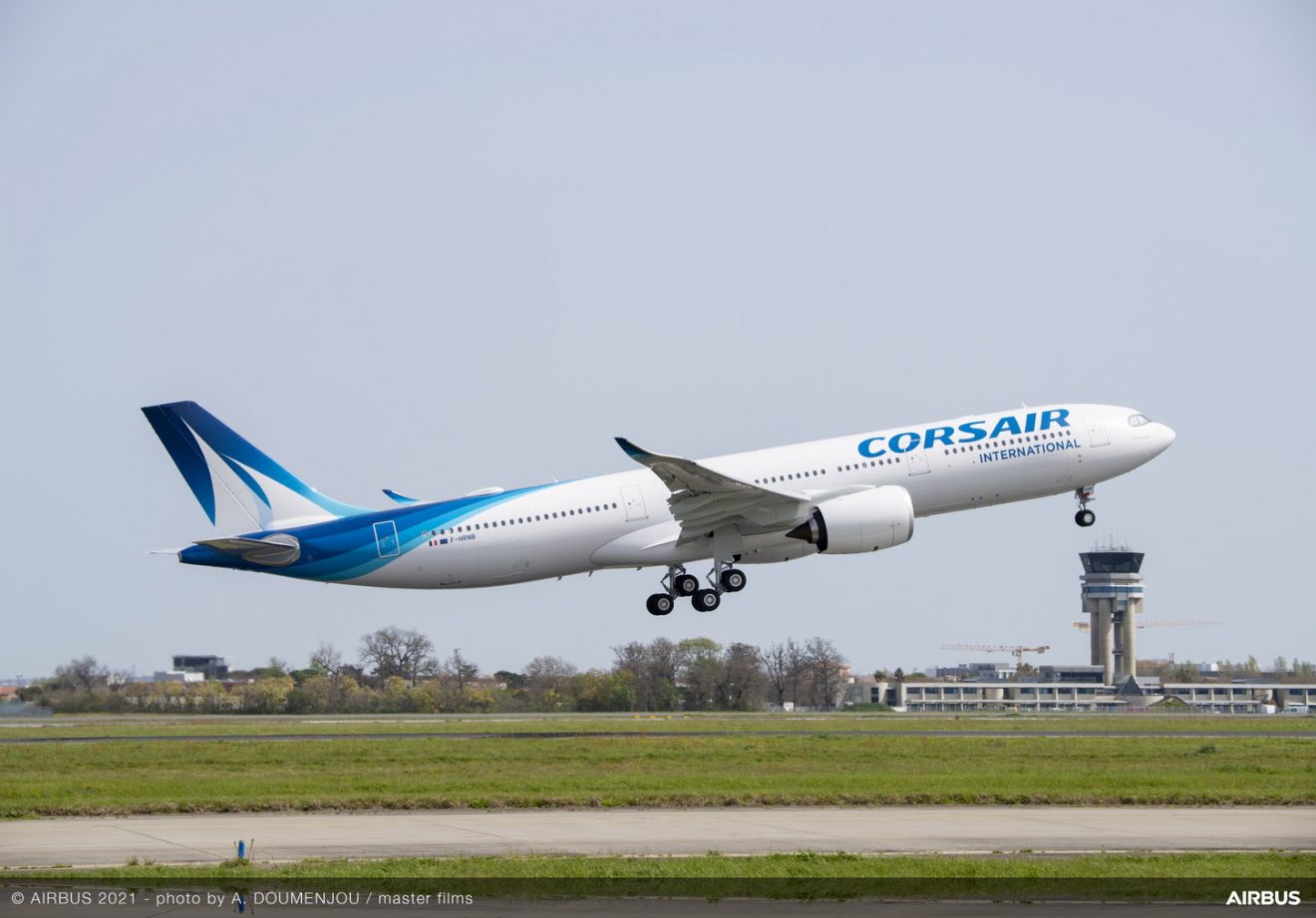 LONDON – French carrier Corsair has taken delivery of its first of five Airbus A330neos today, as the airline marks a new chapter in the renewal and restructuring of its fleet.

The first aircraft has been acquired via a leasing arrangement with Avolon, and is part of the carrier’s plan to become an all-A330 carrier having previously operated with Boeing 747s amongst other aircraft.

It is understood that this aircraft is configured in a three-class setup, offering 352 seats onboard. It is not clear as of yet what such a breakdown of the config is.

However, based on its Airbus A330-300 fleet, that aircraft offering is 328 seats in Economy, 12 seats in Premium Economy, and 12 in Business, which does add up to 352 seats according to data from Planespotters.net. So it is likely that the airline may adopt that same setup for its latest generation aircraft.

In a statement, Airbus said the following about this delivery:

“Thanks to the A330neo’s latest technologies, Corsair will benefit from cost-effective and eco-efficient solutions, while providing passengers with the best comfort standards in the quietest cabins in its class.“

F-HRNB is the registration of the first aircraft for Corsair having been ferried from Toulouse to the airline’s base at Paris Orly Airport.

Data from RadarBox shows that flight SS339, with the flight number attributed to the A330-900neo departed Toulouse at 13:05CET and arrived an hour later into Orly.

The A330neo is powered by Rolls-Royce’s latest-generation Trent 7000 engines.

The Corsair aircraft will also be the first A330neo to feature an increased maximum take-off weight of 251 tonnes.

This capability will allow the airline to fly long-haul destinations up to 13,400 km (7,200nm) or benefit from ten tons more  payload on board.

What remains clear is that for Corsair, this will be an important step for the carrier as it begins to look towards the future. Post-pandemic when looking at recovery, the aircraft will provide cheaper operating costs which will help the business maximise on much-needed profitability.