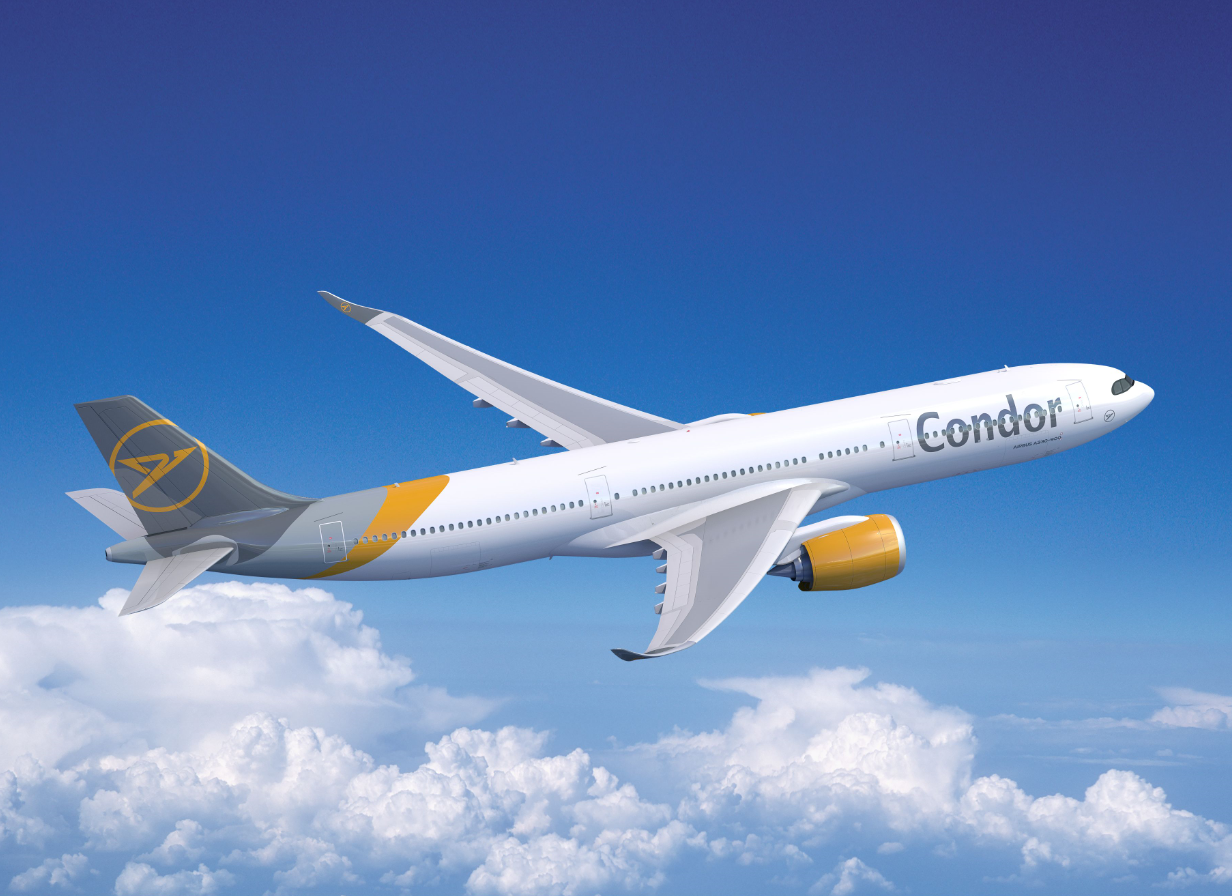 LONDON – German-based airline Condor Flugdienst GmbH has announced that it will renew its long-haul fleet with an order for 16 Airbus A330-900neos. The aircraft is a direct replacement for the carriers current A330 fleet, but with a more fuel-efficient engine and a new A350 inspired wing, the next-generation A330’s are set built to allow the airline like many, to move forward with goals of making aviation a more green and sustainable future.

Condor CEO Ralf Teckentrup said: “We are proud to be the German launch customer for the A330neo. Thanks to the latest technology and maximum efficiency of the aircraft, we will be taking off with our new plane from Autumn 2022 with a fuel consumption of just 2.1 litres per passenger per 100 kilometres. With this value, we are the front-runner in Germany and, as the most popular leisure airline, we will consistently continue to interweave the themes of sustainability and holidays.”

Condor now becomes only the 21st airline (based on order numbers published June 2021) to order the A330-900neo, bringing the total number of orders up for the variant to over 316 aircraft. The A330neo program didn’t have the best start with many airlines not interested in replacing their now ageing A330-2/300 fleets, due to the increased wingspan of the aircraft it has been limited to what airports it can enter, however, following the global lockdowns from the COVID-19 pandemic, airlines are now changing their focus on a much greener and more fuel-efficient fleet composition, which has allowed the A330neo program to finally start to gain the traction it needs in a very competitive mid-range market.

Christian Scherer, Airbus Chief Commercial Officer and Head of International said: “Condor excels in operating profitably many routes no other carrier can; we are proud to see a demanding airline such as Condor selecting our latest-technology A330neo as the aircraft of choice, building the future of their widebody fleet in the relentless pursuit of lowest operating costs and passenger comfort, by operating the A320 and A330neo aircraft side by side, the airline will benefit from all the commonality economics these two premium products offer, with the embedded flexibility to address new and existing markets with the right-sized, right-efficiency aircraft.”

Christian Scherer added, “The A330neo has won a thorough competition yet again, as it has in the vast majority of competitive evaluations these last three years. The decision by Condor to modernise its long-haul fleet with A330neos will also set a new benchmark on the airline’s trajectory towards more sustainable flying. We thank and applaud Condor for confirming the competitive value of the A330neo.”

As the focus on green aviation continues to spread, it is likely we will continue to see over the rest of the year more airlines looking to replace their ageing 767 and A330 aircraft with the A330neo, however, while Airbus is enjoying the success of the A330-900neo the -800 continues to struggle to find it’s placed in the market, something which Boeing is likely looking to capitalise on.